September 13, 2011 at 7:34 PM ET by Nikki Sutton
Twitter Facebook Email
Summary:
President Obama travels to Columbus, Ohio to lay out how the American Jobs Act will put teachers back in the classroom and get construction workers, carpenters and electricians back on the job modernizing America's schools. 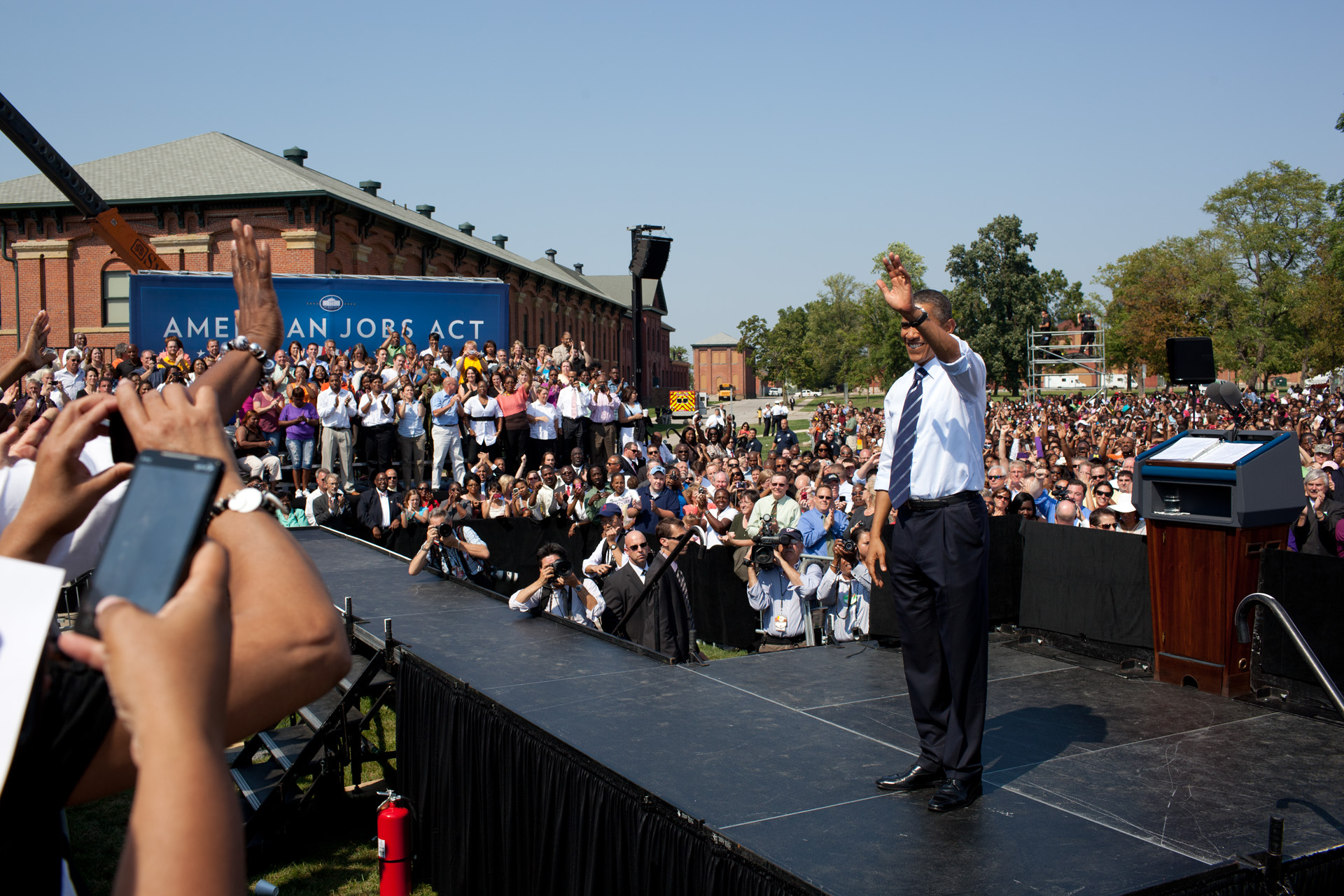 President Barack Obama delivers remarks to students, faculty and staff at Fort Hayes Arts and Academic High School in Columbus, Ohio, Sept. 13, 2011. The President highlights his American Jobs Act proposal to put workers back on the job by rebuilding and modernizing schools across the country. (Official White House Photo by Pete Souza)

It was a hot afternoon in Columbus, Ohio today when President Obama spoke to an enthusiastic crowd of over 3,000 people at Fort Hayes Arts and Academic High School. He laid out how the American Jobs Act will put teachers back in the classroom and get construction workers, carpenters and electricians back on the job modernizing America's schools.

Even though the September sun felt more like midsummer, students are back in school at Fort Hayes and on days like today they’re glad to have air-conditioning, one of many recent renovations to buildings on campus that were originally built during the Civil War. The American Jobs Act would make it possible to renovate at least 35,000 schools like Fort Hayes across the country. As the President said, putting construction workers back on the job rebuilding schools is just common sense for the economy and for the education of our kids:

When buildings are that old, they start falling apart.  They start leaking, and ceiling tiles start to cave in, and there’s no heat in the winter or air-conditioning in the summer.  Some of the schools the ventilation is so poor it can make students sick.

How do we expect our kids to do their very best in a situation like that?  The answer is we can’t.  Every child deserves a great school, and we can give it to them, but we got to pass this bill. 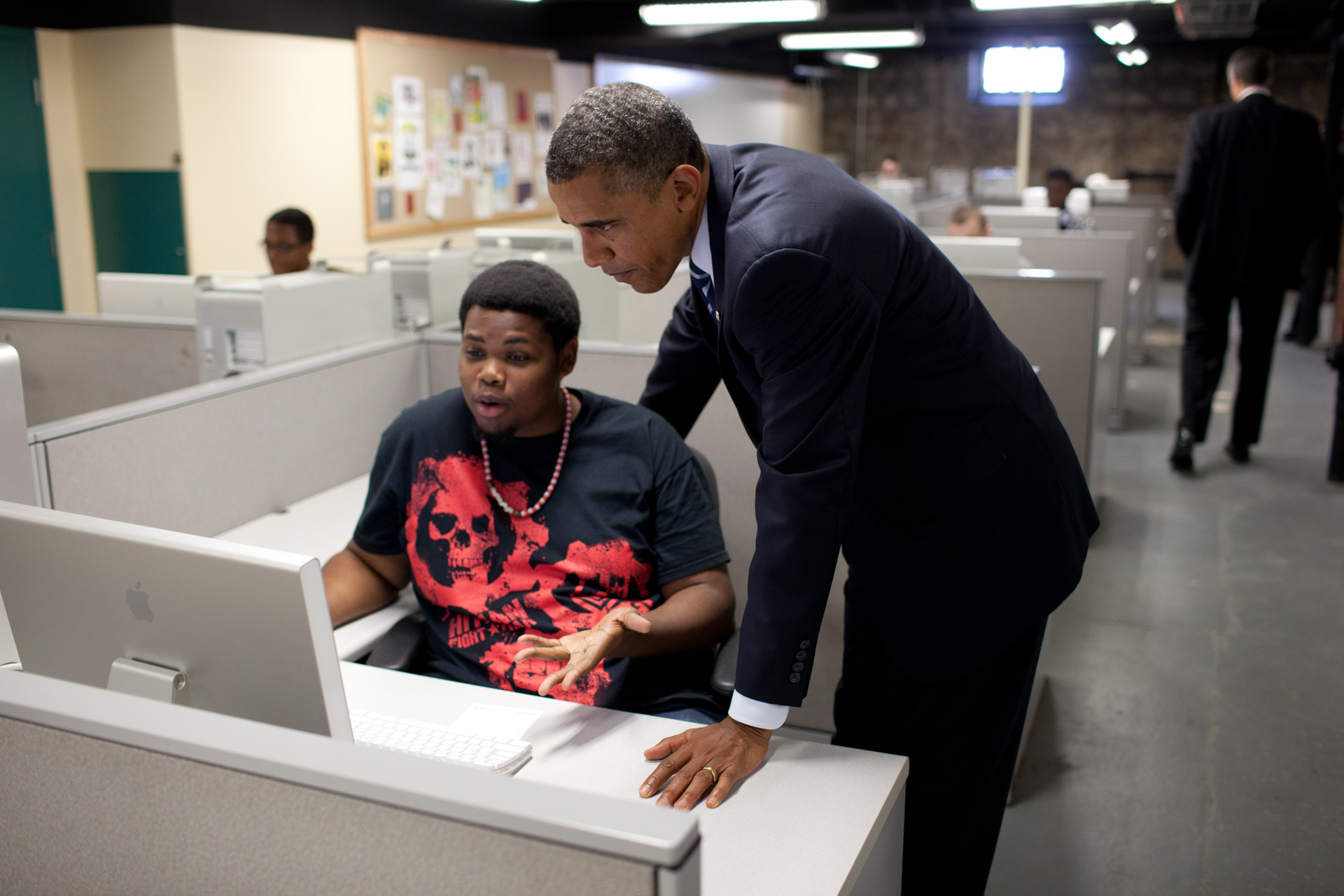 Modernizing America’s schools is just one of the many ways the American Jobs Act will create jobs in industries like construction hit hard by the recession:

The bill that President Obama sent to Congress also cuts taxes for middle-class families. The typical working family will get $1,500 in tax cuts next year if the American Jobs Act is passed. But some are saying that even though they agree with the proposal, they shouldn't pass it for political reason. The President made it clear that this isn't the time for Washington game-playing:

President Obama called on Americans that are ready to get our economy moving and create jobs "to lift your voice...tell your congressperson that the time for gridlock and the time for games is over." He made it clear that the time to act is now:

We’re not a people who just watch things happen.  We’re Americans; we make things happen. We are tougher than the times we live in.  We are   -- bigger than the politics that we've been putting up with.  We are patriots and pioneers, and innovators and entrepreneurs, who, through individual effort, but also through a commitment to one another, built an economy that’s the engine and the envy of the world.

We write our own destiny.  It’s within our power to write it once more.  So let’s meet this moment.  Let’s get to work.  Let’s show the world once again why the United States of America is the greatest country on Earth.

Watch the video from the President's speech: