President Obama: "It's Time to Build an Economy that Lasts"

September 22, 2011 at 4:30 PM ET by
Twitter Facebook Email
Summary:
The President spoke in front of Ohio's Brent Spence Bridge about the need to improve our infrastructure and put Americans back to work

President Obama was in Cincinnati, Ohio today to talk about the urgent need to improve America’s infrastructure. The American Jobs Act includes a $50 billion investment in much needed infrastructure enhancements which will put people to work rebuilding America.

The President was speaking in front of the Brent Spence Bridge, which connects Ohio with Kentucky, and has been classified as “functionally obsolete.” While it is safe to drive on, the Brent Spence wasn’t designed to accommodate today’s traffic, which can stretch for a mile. Cincinnati’s mayor has said it needs to be rebuilt. And so do substandard roads and bridges all across America. As the President said today, America can do better:

We used to have the best infrastructure in the world here in America. We’re the country that built the Intercontinental Railroad, the Interstate Highway System. We built the Hoover Dam. We built the Grand Central Station. So how can we now sit back and let China build the best railroads?  And let Europe build the best highways?  And have Singapore build a nicer airport?  At a time when we've got millions of unemployed construction workers out there just ready to get on the job, ready to do the work to rebuilding America.

So, Cincinnati, we are better than that. We're smarter than that. And that’s why I sent Congress the American Jobs Act 10 days ago. This bill is not that complicated. It's a bill that would put people back to work rebuilding America -- repairing our roads, repairing our bridges, repairing our schools. It would lead to jobs for concrete workers like the ones here at Hilltop; jobs for construction workers and masons, carpenters, plumbers, electricians, architects, engineers, ironworkers -- put folks back to work. 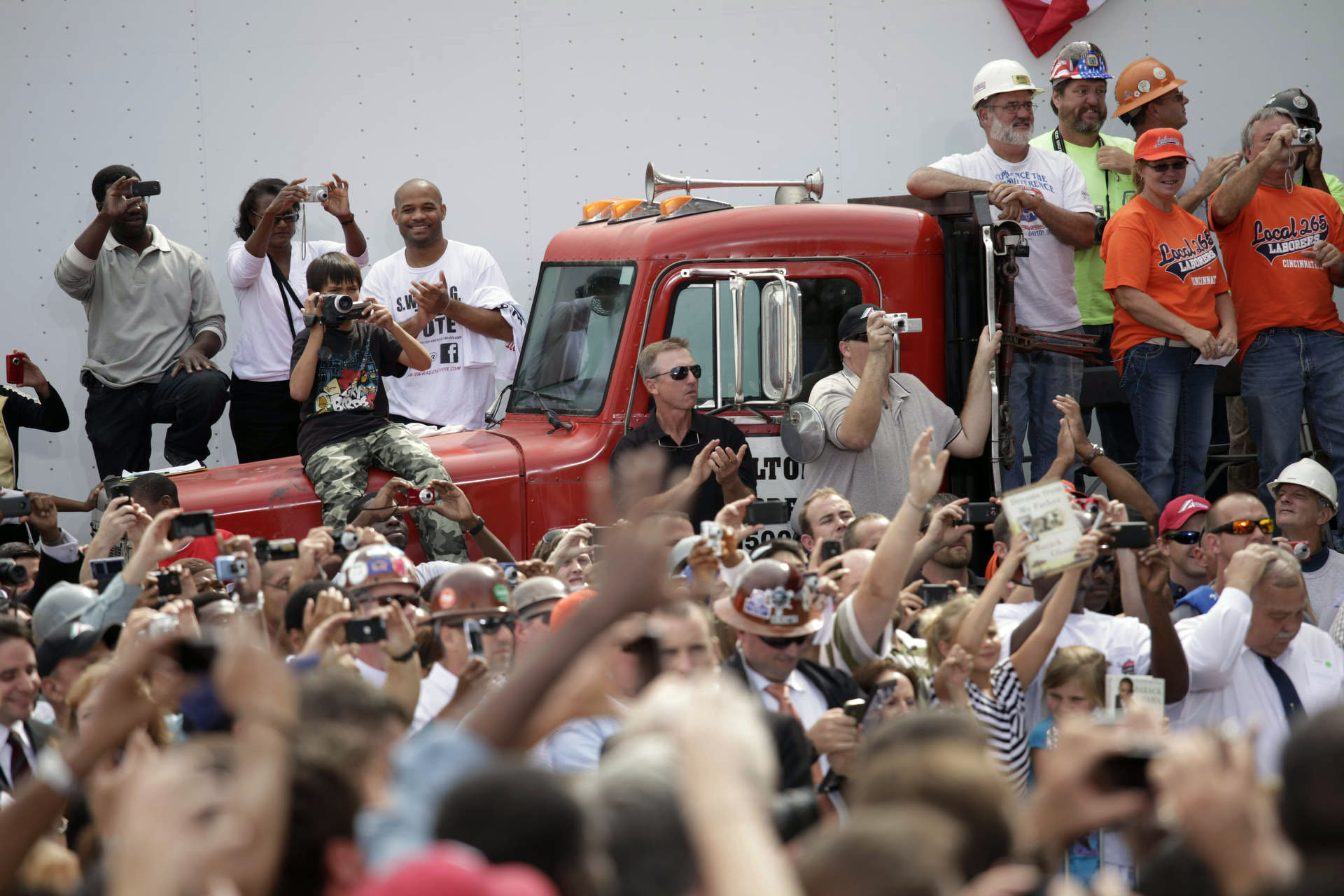 People in the crowd listen as President Barack Obama delivers remarks on the American Jobs Act at the Brent Spence Bridge, that spans the Ohio River between Cincinnati, Ohio and Covington, Ky., Sept. 22, 2011. (Official White House Photo by Samantha Appleton)

And the American Jobs Act won’t add a dime to the deficit. It includes specific offsets that will more than fully pay for the cost of the Jobs Act. As the President said today in Ohio:

Now, this isn’t to punish success.  What’s great about this country is our belief that anybody can make it. If you’re willing to put in the sweat, if you’re willing to roll up your sleeves, if you’re willing to work hard, you’ve got a good idea, you’re out there taking a risk -- God bless you.  You can make millions, you can make billions of dollars in America. This is the land of opportunity. That’s great. All I’m saying is, if you’ve done well -- I’ve done well -- then you should do a little something to give something back. You should want to see the country that provided you with this opportunity to be successful, and be able to provide opportunity for the young people who are going to be coming up behind you.

The economic crisis and the deep recession weren’t created overnight and they won’t be solved overnight either. In fact, the economic security of the American middle class has been under attack for decades. That’s why the President believes we need to do more than just recover from this economic crisis: