September 23, 2011 at 11:48 AM ET by John Easum
Twitter Facebook Email
Summary:
John Easum, an engineering freshman at Embry-Riddle Aeronautical University, writes about his rocketry team's trip to Washington last week to meet with leaders in the Obama Administration.

Last week Michael Gerritsen, Colt McNally, Landon Fisher, and I visited Washington, DC as ambassadors for the Team America Rocketry Challenge (TARC).  We spoke on Capitol Hill on September 14th and met with leaders in the Obama Administration, including his science and technology advisor Dr. John Holdren, Administrator of NASA Charlie Bolden, and Secretary of Education Arne Duncan.

Our team of four competed in the Team America Rocketry Challenge, which is a nation-wide contest where students in 7th through 12th grades design, build, and fly a rocket to reach specific parameters while competing for over $60,000 in scholarships and prizes. For the 2010-2011 challenge, the rocket entries were required to reach 750 feet in altitude and land in 40 to 45 seconds, all while carrying a raw egg payload. If the egg breaks, or even fractures, the team is disqualified. Over 600 teams from across the nation entered the challenge this past year, and only the top 100 qualifying teams were invited to compete at the national finals located in The Plains, Virginia on May 14. Our team was not only fortunate enough to make the top 100, but also to win the title of national champions.  Later we became international champions at the 2011 Paris Airshow.

At the Paris Airshow we competed against the top teams from the UK and France by launching our rocket to the target altitude and by giving presentations covering our extensive rocket program to a panel of judges. Michael, now a plebe at the US Naval Academy, said:  “The Paris Airshow was absolutely incredible. It was the perfect way to end our story in rocketry and made all of the hard work, long hours of trouble shooting, and failure worth it. Getting involved with the rocket club has been one of the most rewarding decisions I have ever made.”

Our winning team was created in 2006 as a group of my friends and I while in 8th grade. At the time, none of us on the team knew anything about rockets, but we were driven to success by the prizes posted by the challenge. Colt summed up his TARC experience as life changing:  "The adventure the program put me through has really changed my view of science. I first joined the rocket club purely because of the potential to win money, never thinking that I would become a science major."

Becoming world champions was not easy, as it took innovation, intuition, and good science and engineering skills to create the conditions needed to make our rocket fly accurately. However, the challenge and the rewards ultimately led me to pursue a degree in Engineering Physics at Embry-Riddle Aeronautical University, where I started school this fall.

The primary objective of the Team America Rocketry Challenge is to create an interest in science, technology, engineering, and mathematics (STEM) based careers, particularly in the aerospace industry. TARC was also designed to create an excited and well educated workforce for the future. Landon agreed that “TARC is such an important competition, especially for those students, such as myself, who wish to pursue a career in engineering. It teaches us problem-solving, teamwork, perseverance, and gives us a sense of accomplishment (especially this year, when we won).”

Programs that promote STEM are important to the future of the United States, because pressing concerns like national security and the economy will not be problems that vanish for future generations to come, and they will be managed tomorrow by the children of today. 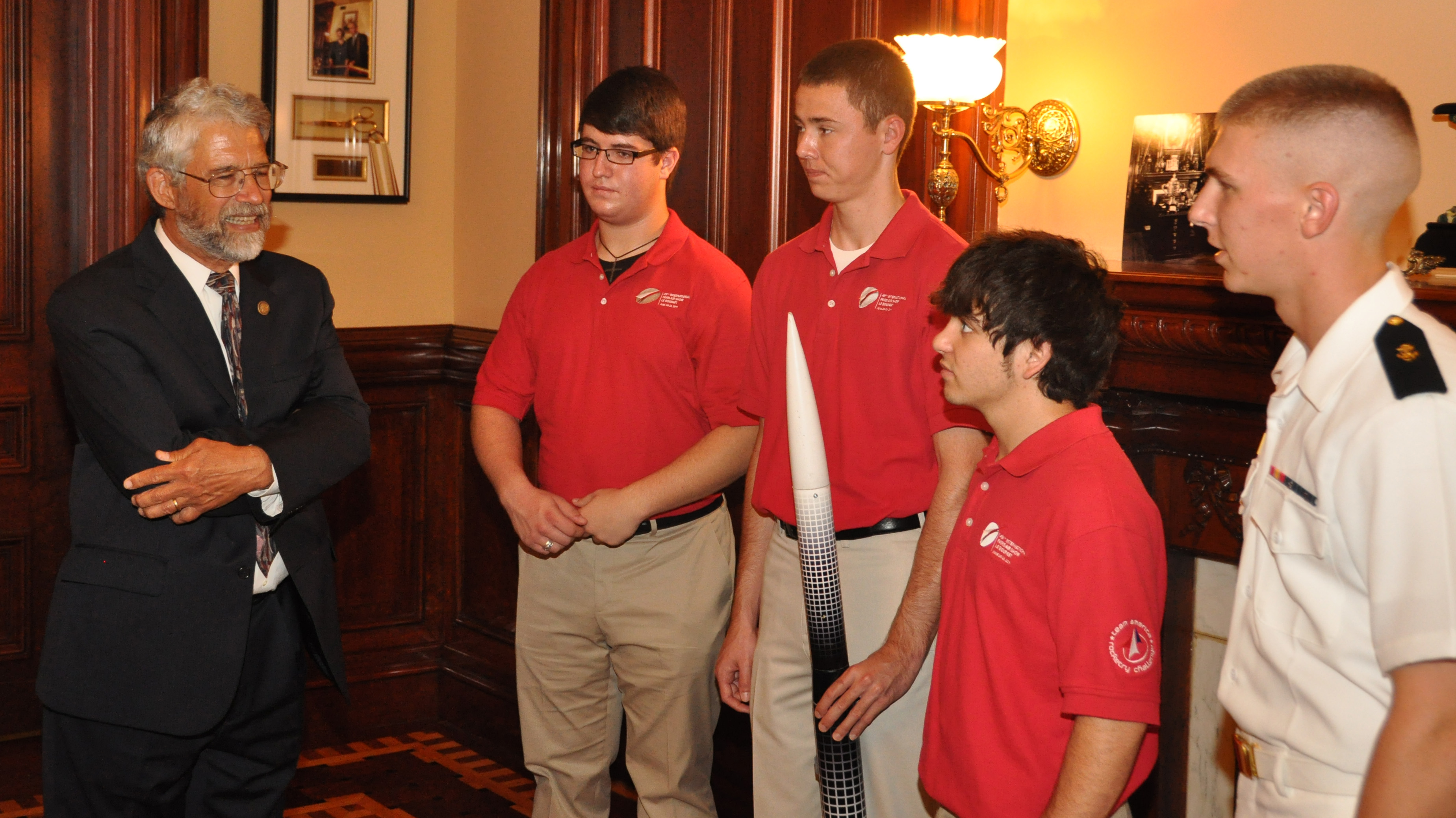 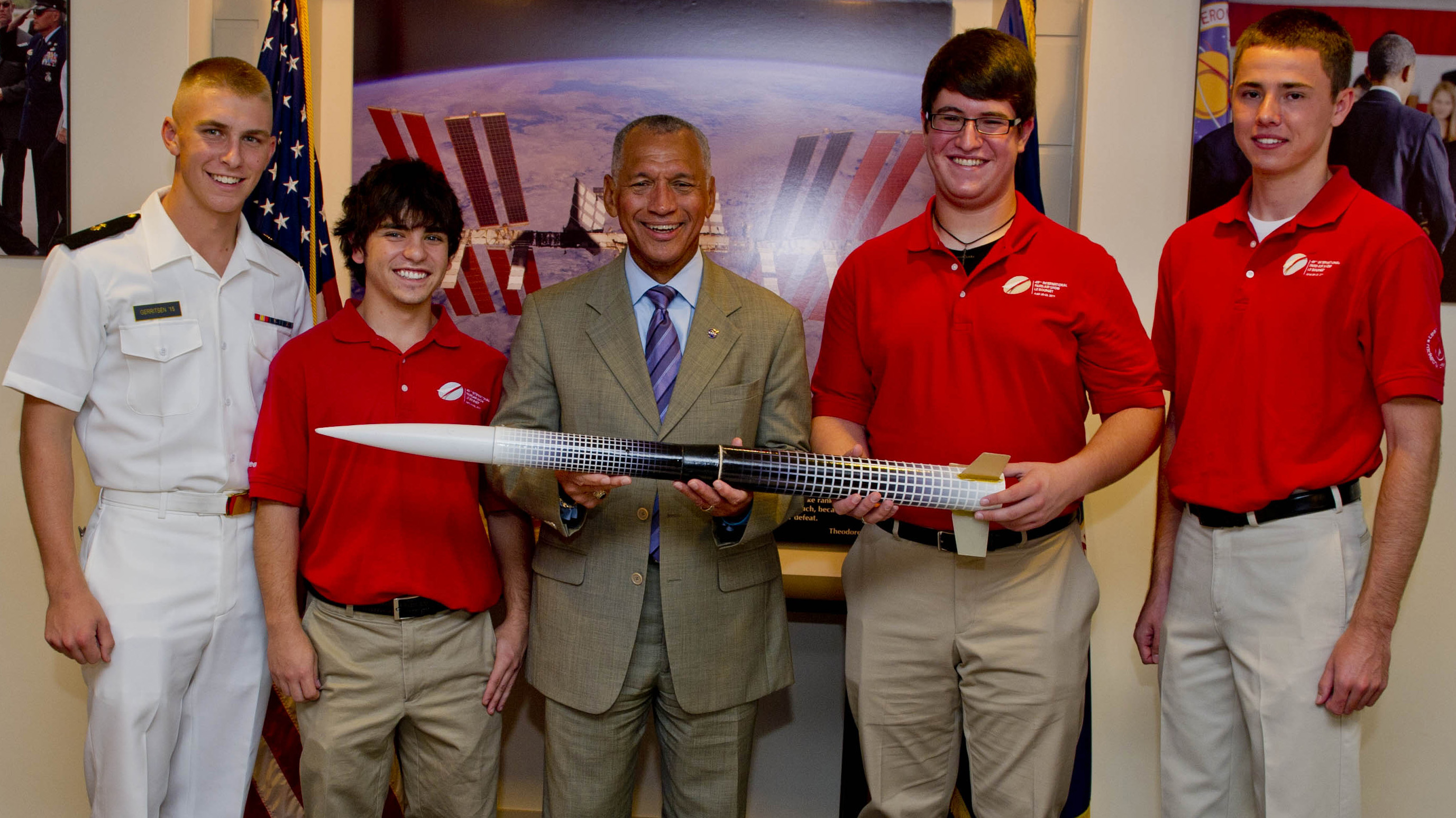 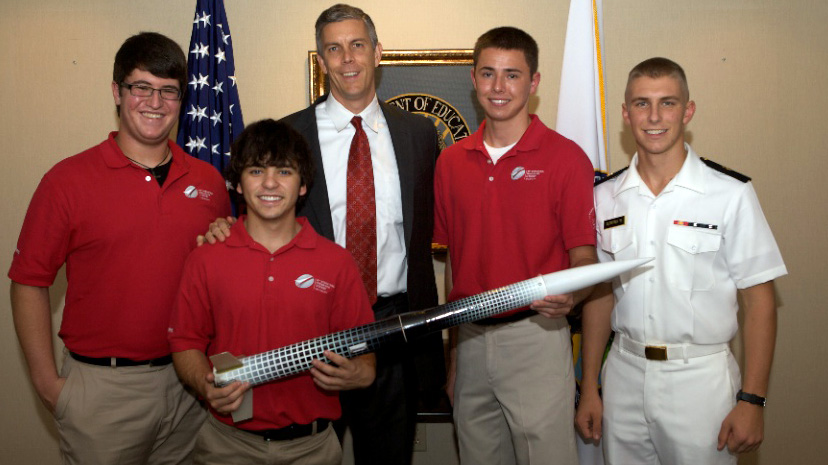