September 30, 2011 at 3:32 PM ET by Colleen Curtis
Twitter Facebook Email
Summary:
The President honored the outgoing Chairman, Navy Admiral Mike Mullen, and thanked him for his four years of extraordinary service in that role and his four decades in uniform. President Obama also discussed the news that Anwar al-Awlaki -- a leader of al Qaeda in the Arabian Peninsula -- was killed in Yemen this morning 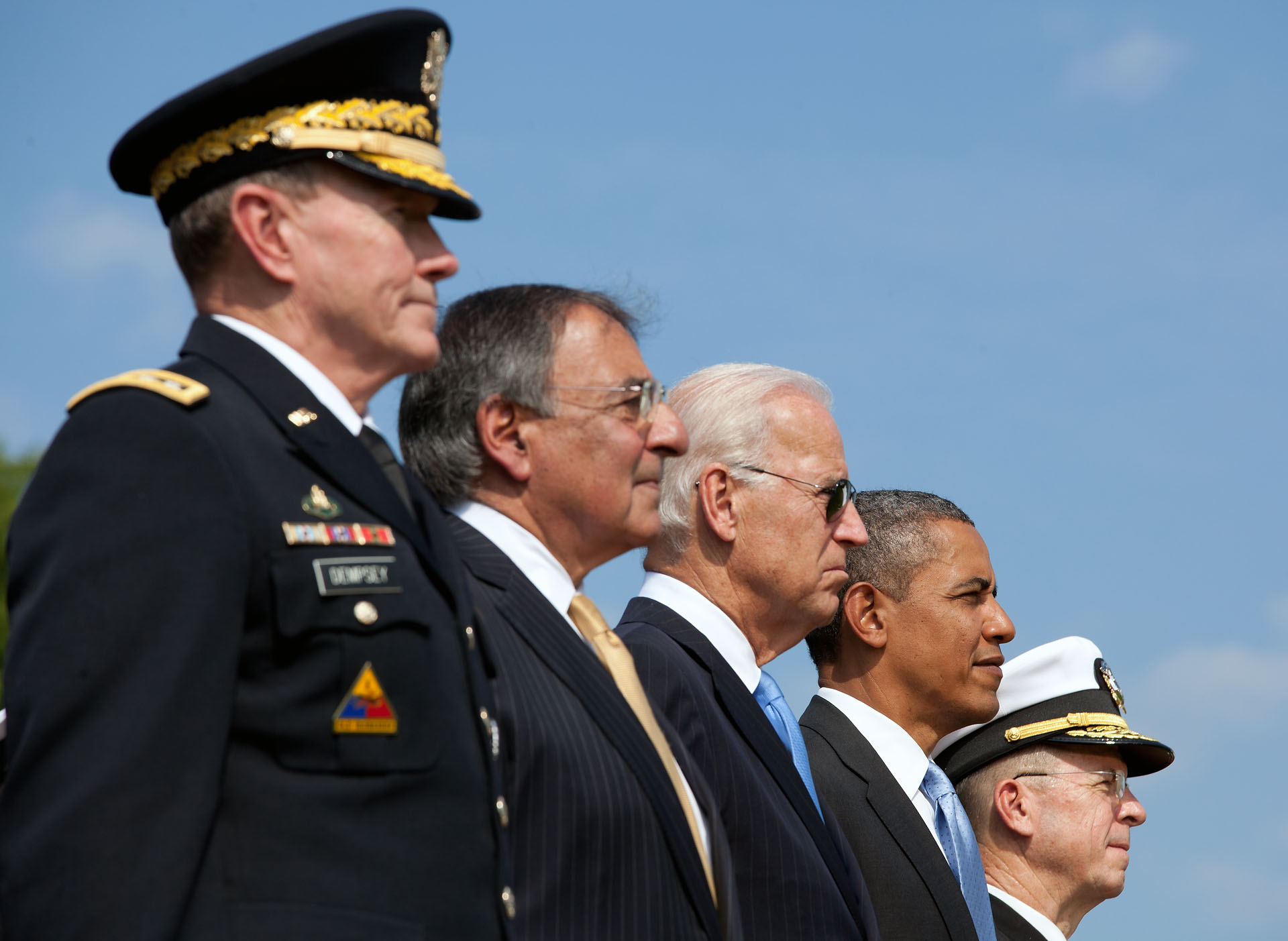 President Obama today welcomed Army General Martin Dempsey as the new Chairman of the Joint Chiefs of Staff, as he honored the outgoing Chairman, Navy Admiral Mike Mullen, and thanked him for his four years of extraordinary service in that role and his four decades in uniform.

The President was attending the "Change of Office" Staff Ceremony, where he paid tribute to Mullen’s illustrious career and highlighted many of his accomplishments in office, saying that “our military is stronger and our nation is more secure because of the service that you have rendered.”

Today, we have renewed American leadership in the world. We’ve strengthened our alliances, including NATO. We’re leading again in Asia. And we forged a new treaty with Russia to reduce our nuclear arsenals. And every American can be grateful to Admiral Mullen -- as am I -- for his critical role in each of these achievements, which will enhance our national security for decades to come.

Today, we see the remarkable achievements of our 9/11 generation of service members. They’ve given Iraqis a chance to determine their own future. They’ve pushed the Taliban out of their Afghan strongholds and finally put al Qaeda on the path to defeat. Meanwhile, our forces have responded to sudden crises with compassion, as in Haiti, and with precision, as in Libya. And it will be long remembered that our troops met these tests on Admiral Mullen’s watch and under his leadership. 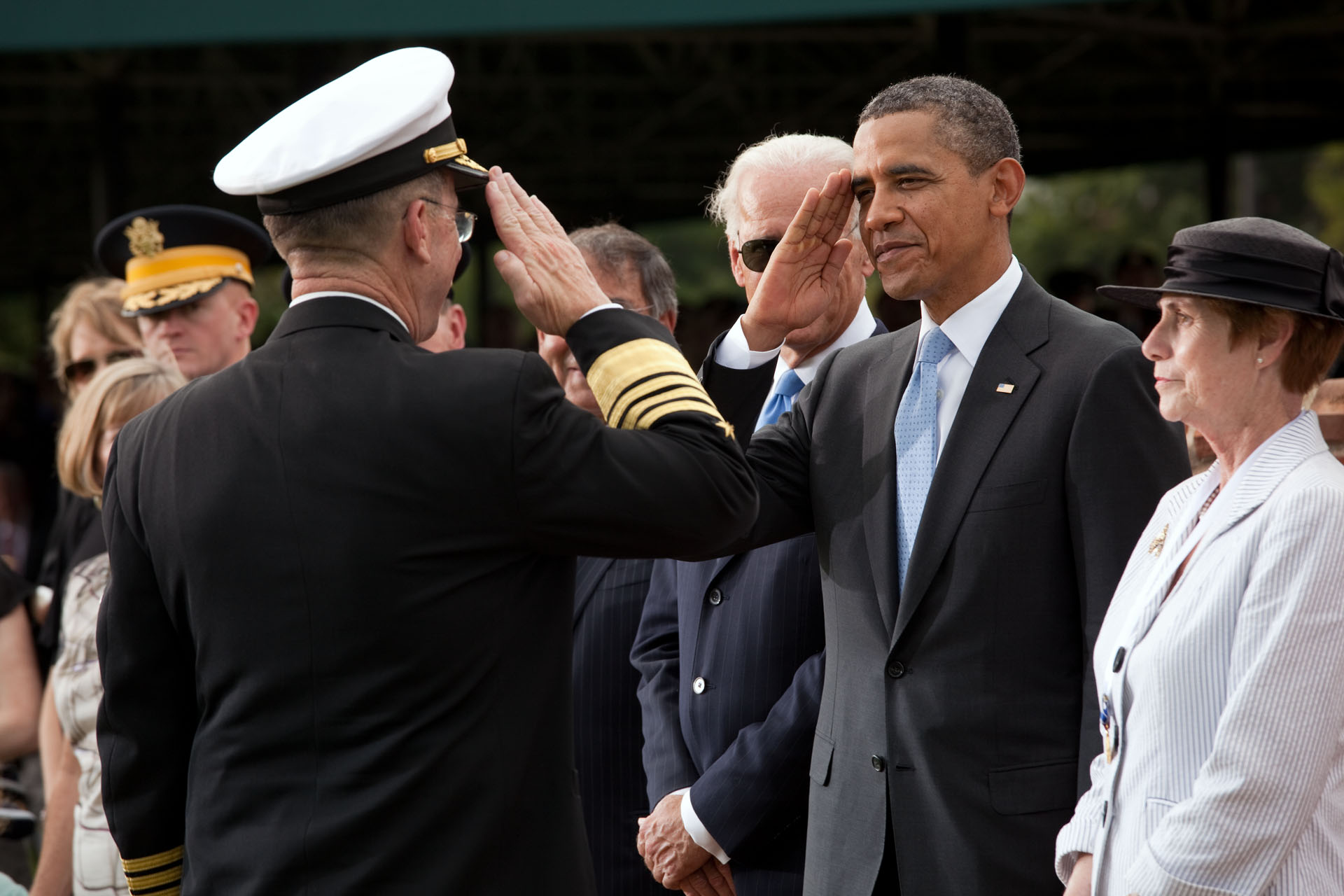 Vice President Joe Biden and Defense Secretary Leon Panetta participated in the ceremony as well. The President also discussed the news that Anwar al-Awlaki -- a leader of al Qaeda in the Arabian Peninsula -- was killed in Yemen this morning, calling it “a major blow to al Qaeda's most active operational affiliate.”

The death of al-Awlaki marks another significant milestone in the broader effort to defeat al Qaeda and its affiliates. Furthermore, this success is a tribute to our intelligence community, and to the efforts of Yemen and its security forces, who have worked closely with the United States over the course of several years.

Awlaki and his organization have been directly responsible for the deaths of many Yemeni citizens. His hateful ideology -- and targeting of innocent civilians -- has been rejected by the vast majority of Muslims, and people of all faiths. And he has met his demise because the government and the people of Yemen have joined the international community in a common effort against Al Qaeda.

Al Qaeda in the Arabian Peninsula remains a dangerous -- though weakened -- terrorist organization. And going forward, we will remain vigilant against any threats to the United States, or our allies and partners. But make no mistake: This is further proof that al Qaeda and its affiliates will find no safe haven anywhere in the world.

Working with Yemen and our other allies and partners, we will be determined, we will be deliberate, we will be relentless, we will be resolute in our commitment to destroy terrorist networks that aim to kill Americans, and to build a world in which people everywhere can live in greater peace, prosperity and security.