November 4, 2011 at 6:29 PM ET by Brian Levine
Twitter Facebook Email
Summary:
On Friday, Vice President Biden spoke to a group of students at the University of Pittsburgh about steps the Administration has taken to make it easier to pay for college 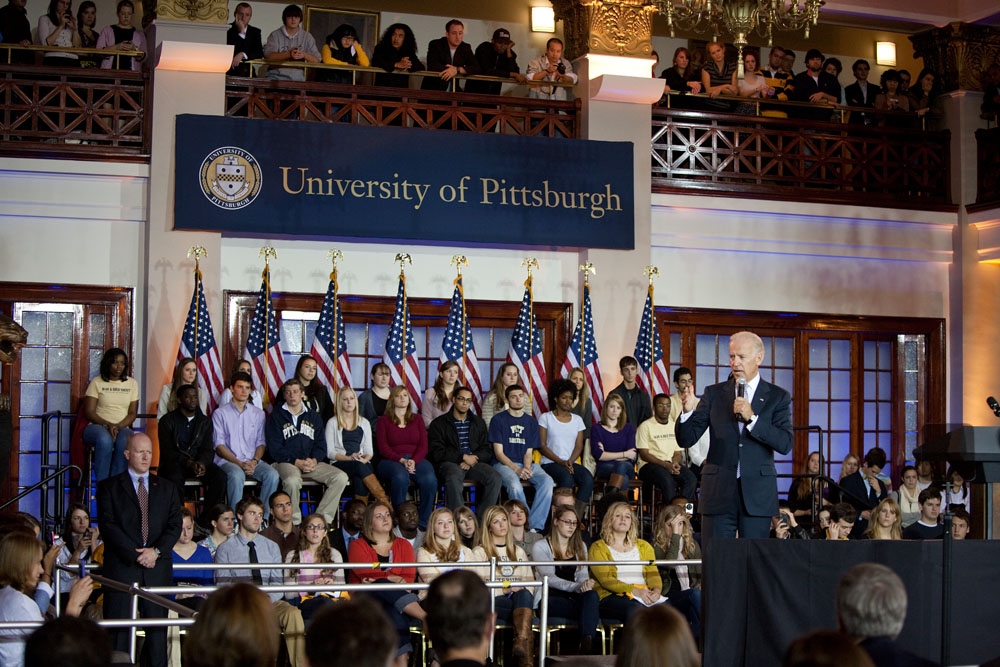 Vice President Joe Biden answers questions after giving a speech on jobs and education at the University of Pittsburgh, in Pittsburgh, Pennsylvania, November 4, 2011. (Official White House Photo by David Lienemann)

On Friday, Vice President Biden spoke to a group of students at the University of Pittsburgh. Making it easier to pay for college has been a top priority of the Middle Class Task Force and our entire Administration since the President and Vice President came into office. We stopped paying private lenders to act as middlemen for federal student loans, and invested the savings in student aid. We increased the maximum Pell Grant award by more than $800. And we created the American Opportunity Tax Credit to give students up to $10,000 over four years to help with tuition and other expenses.

Today, the Vice President focused on our latest initiative – capping student loan payments. Current law allows borrowers to limit their federal loan payments to 15 percent of their discretionary income and forgives all remaining debt after 25 years, or 10 years for graduates working in public service jobs. Last year, following a recommendation from the Middle Class Task Force, the President proposed, and Congress enacted, a plan to lower payments even further starting in 2014. But many students can’t wait until 2014 for relief. So last Wednesday, the President announced an executive action that will cap federal loan payments at 10% of discretionary income and shorten the forgiveness timeline to 20 years starting next year.

We estimate that this new cap lower payments for 1.6 million borrowers, including 60,000 Pennsylvanians. Many of these borrowers will save hundreds of dollars every month. For example, a teacher with $25,000 in debt and a $30,000 salary would see her monthly payments drop from $287 under the standard repayment plan to $114 under the new cap. You can learn more about our plan to help students here.