November 22, 2011 at 4:55 PM ET by Matt Compton
Twitter Facebook Email
Summary:
In 40 days, our taxes will go up -- unless Congress steps in to change that. Speaking from New Hampshire today, President Obama talked about that situation. 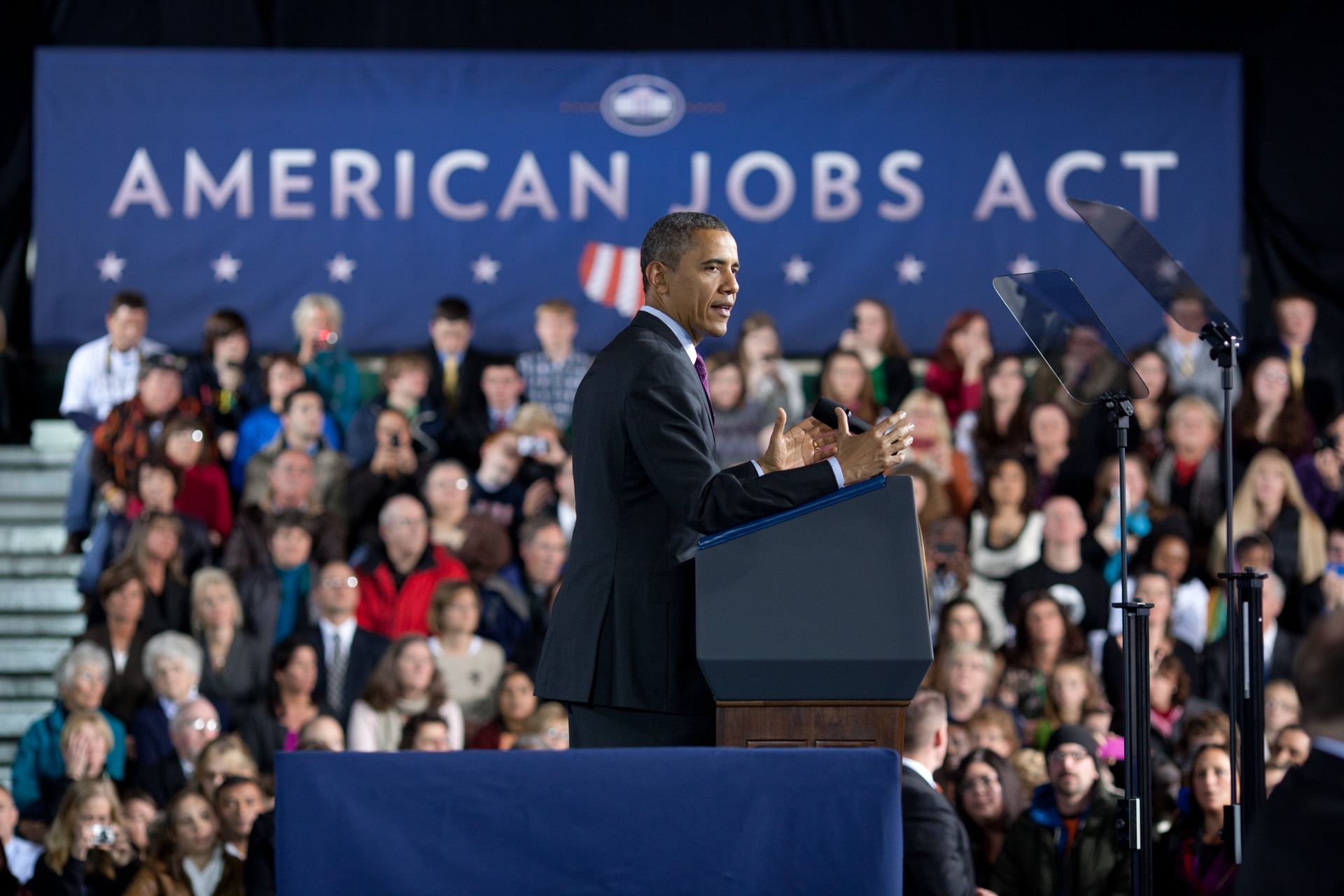 In 40 days, our taxes will go up -- unless Congress steps in to change that. And speaking from New Hampshire today, President Obama talked about that situation:

[Last] year, both parties came together to cut payroll taxes for the typical household by $1,000 this year. That’s been showing up in your paychecks each week. You may not know it, but it’s been showing up because of the action that we took. Which reminds me, by the way, the next time you hear one of these folks from the other side coming in talking about raising your taxes, you just remind them that ever since I’ve gotten into office, I’ve lowered your taxes, haven’t raised them. That’s worth reminding them. But this payroll tax is set to expire at the end of next month. End of next month, end of the year, this tax cut ends. And if we allow that to happen -– if Congress refuses to act -– then middle-class families are going to get hit with a tax increase at the worst possible time. For the average family, your taxes will go up $1,000 if Congress does not act by the end of the month.

The American Jobs Act, the President said, actually does one better. It expands expands the tax cut for individuals and cuts payroll taxes for small business owners:

Instead of a $1,000-a-year tax cut next year, the average working family would get a tax cut of more than $1,500. And that’s $1,500 that would have been taken out of your paycheck, would instead be going into your pocket. And that means you’d be spending in small businesses, and that would increase their business, which means they would potentially hire more people.

The American Jobs Act would also cut payroll taxes in half for small business owners.  Say you have 50 employees making $50,000 apiece. You’d get a tax cut of nearly $80,000. That is real money that you can use to hire new workers or buy new equipment.

When Congress takes up this issue after the holiday, the President said, lawmakers have a choice:

Do you want to cut taxes for the middle class and those who are trying to get into the middle class?  Or do you want to protect massive tax breaks for millionaires and billionaires, many of whom want to actually help?  Do you want to help working families get back on solid ground and grow this economy for all of us?  Or do you really want to vote to raise taxes on nearly 160 million Americans during the holidays?  When push comes to shove, are you willing to fight as hard for working families as you are for the wealthiest Americans?  What’s it going to be?  That’s the choice.

Read the full remarks here.  Or check out our calculator to learn what Congressional inaction means for your family.