November 29, 2011 at 8:00 AM ET by Ari Matusiak
Twitter Facebook Email
Summary:
David Ickert, VP of Finance at Air Tractor, Inc. sees a big benefit in tax relief for workers, which would put more cash in people's' pockets and help rebuild the local economy 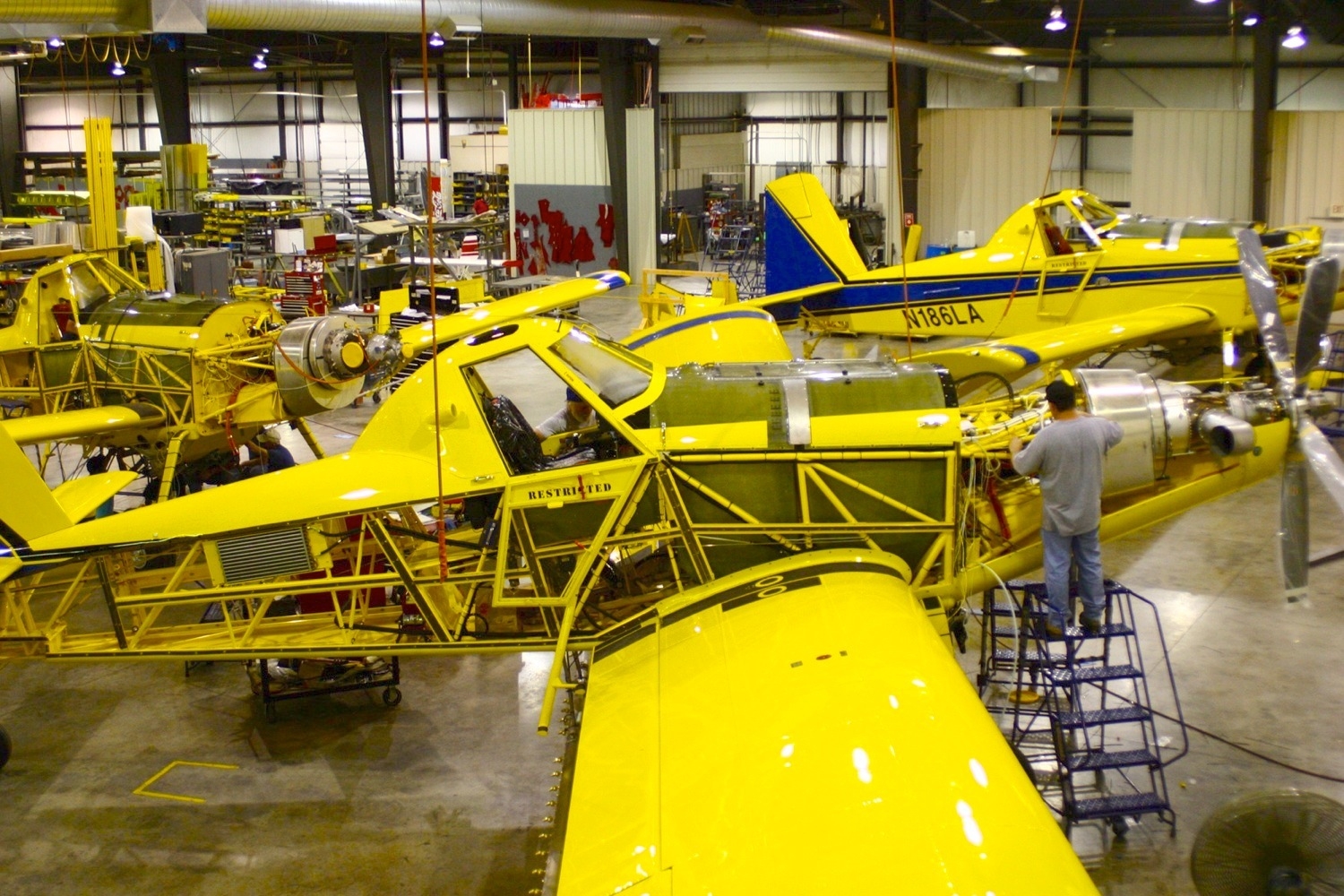 An employee-owned company in Texas says the American Jobs Act will help their company, and their community. “The employer portion would allow for us to have more funds to invest in growth and capital equipment in 2012,” explains David Ickert, VP of Finance  at Air Tractor, Inc. “The worker tax relief would allow for more available cash in the pockets of US workers which could be used for purchases to help in a positive manner in the local economy.”

Air Tractor has always taken its role as a community leader very seriously, in fact community support launched the company in the first place. In the early 1950s, Leland Snow spent summers building agriculture airplanes from scratch in his mother’s garage in Texas’ Rio Grande Valley, the birthplace of the aerial agriculture industry. His reputation in the nascent field grew so quickly that, in 1958, 58 city and business leaders in Olney, Texas decided to take a chance on this young man, and signed guarantees at the local bank to give Snow a working capital line of $50,000.00 enabling him to start his aircraft manufacturing company in their town.

Snow’s first agricultural aircraft was named the Snow, next  came the Thrush,  then in 1972 Snow built the first Air Tractor, the AT-300, which later became the AT-301. In 1977, Air Tractor introduced the first turbine powered aircraft and in 1990, Snow created the world’s largest agriculture aircraft. According to Snow’s family, he built a “53-year legacy of aircraft design and innovations that ushered in the era of the modern agricultural spray plane.”

Today Air Tractor Inc produces the world’s most popular aerial spray aircraft as well as single engine air tankers that are used in aerial firefighting. The company’s sole mission is to “provide aircraft, parts and services to help feed and protect the world and to provide stable jobs for their employee owners.”  Air Tractor is a 100% employee owned company which has been able to expand to new international markets while expanding job opportunities in Olney, Texas.

In 2010, international sales accounted for more than 50 percent of Air Tractor’s business, and the company has been able to help those in remote areas of the world increase grain production. Of all their accomplishments, Ickert says the company is most proud that they are able to simultaneously meet the food needs of people around the world while meeting employment needs on Main Street in his community.