Everything You Need to Know: President Obama's Blueprint for American-Made Energy

January 26, 2012 at 2:54 PM ET by Megan Slack
Twitter Facebook Email
Summary:
Have questions about President Obama's Blueprint for American-made energy? Here's everything you need to know.

In his State of the Union address on Tuesday night, and again today at a UPS facility in Las Vegas, President Obama said that the country needs an “all-out, all of the above strategy that develops every available source of American energy—a strategy that’s cleaner, cheaper, and full of new jobs.”

We’ve taken steps to reduce our dependence on foreign oil and today, American oil production is at its highest level in eight years. In 2011, we relied less on foreign oil than in any of the past 16 years. 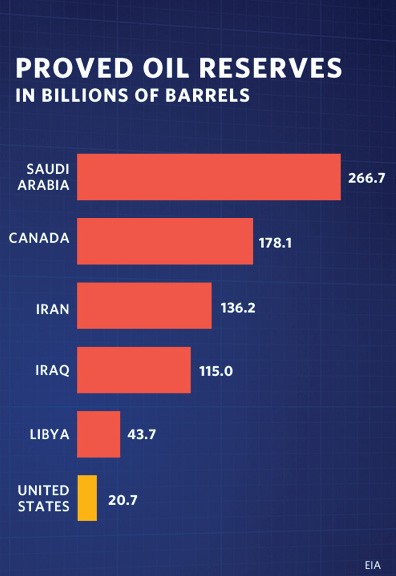 With less than 2 percent of the world’s oils reserves, however, the United States must find new ways to produce the energy we need. We’ve nearly doubled our use of renewable energy in the past few years, and are back on top as the world’s leading investor in clean energy. But more can and must be done to further develop our own energy resources and transition to cleaner sources of energy.

President Obama has laid out a Blueprint for an energy strategy that does just that. His plan, which relies on American-made energy and the skills of American workers, will improve our national security, grow our economy, and create jobs, while making sure our environment and the health of our citizens aren’t put at risk.

Domestic oil and natural gas production has increased every year President Obama has been in office. In 2011, U.S. crude oil production reached its highest level since 2003, and U.S. natural gas production eclipsed the previous recordset in 1973. Total oil and gas production on public lands during the first three years of the Obama Administration increased by 13 percent compared with the last three years of the previous administration, and today, the United States has more oil and gas rigs operating than the rest of the world—combined 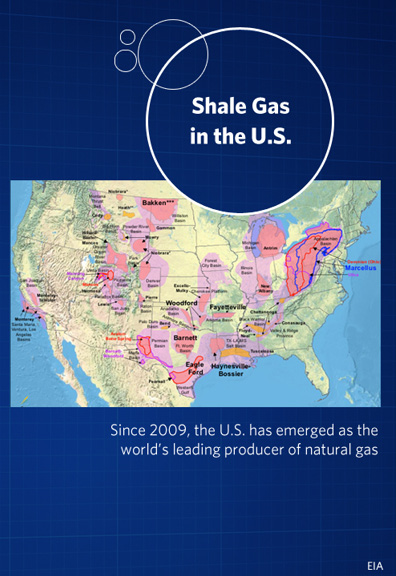 Developing our natural gas supply: The United States is the world’s leading producer of natural gas, and we have a nearly 100-year supply of it. President Obama has directed his administration to safely develop this gas, called shale gas, in a way that will create up to 600,000 jobs by the end of the decade, according to independent experts. He also called for new rules requiring companies to disclose the chemicals they use when accessing and removing shale gas on public lands to make sure public health is protected.

Expanding offshore oil and gas development: At President Obama’s directive, the Department of Interior is working to finalize a national offshore energy plan that opens new areas for drilling in the Gulf of Mexico and Alaska, making 75 percent of our potential offshore oil and gas resources available for development. In the wake of the Deepwater Horizon tragedy, new projects in the Gulf of Mexico must now meet strict drilling and workplace safety standards, implemented to help avoid another massive oil spill.

Modernizing pipeline infrastructure: President Obama directed agencies to approve and expedite pipeline projects that will move oil and gas from domestic drilling sites to refineries quickly and efficiently while protecting the health and safety of nearby communities and environments.

In the near term, the U.S. will continue to rely on responsibly produced oil and gas. Over the long term, however, the Obama Administration is committed to a policy that builds on progress to transition from oil toward cleaner alternatives and energy efficiency.

The Obama Administration has already made the largest investment in clean energy in history. Nearly 40 clean energy projects supported by the Department of Energy are expected to employ more than 60,000 Americans, generate enough clean electricity to power nearly 3 million homes and replace nearly 300 million gallons of gasoline annually. These projects include the world’s largest wind farm, the first new U.S. nuclear plant in three decades, and several of the largest solar power generation facilities. But we must do more to accelerate this progress.

Implementing a clean energy standard: The centerpiece of President Obama’s plan to develop and use more clean energy calls for establishing a “clean energy standard," which would require utility companies to produce a larger percentage of their electricity from clean energy sources over time --including renewable sources such as wind, solar, biomass, hydropower, and nuclear, among others. With this requirement in place, clean sources would account for 80 percent of our electricity by 2035. Besides reducing carbon emissions, implementing a standard would create a larger domestic market for developing new, innovative energy technologies—and the many jobs that would come along with it.

Establishing targeted tax incentives: To further support a growing clean energy industry, President Obama’s energy strategy calls for renewing and extending a number of already successful tax incentives. This includes tax incentives for clean energy manufacturing, which could create up to 100,000 jobs, and the Production Tax Credit to support investment in the deployment of clean energy technologies. President Obama is also calling for an end to the $4 billion in taxpayer-funded subsidies that Congress gives each year to oil companies, which are currently bringing in record profits.

Opening public lands: Developing the new technologies we need is only one part of the clean energy equation. The other part requires putting the new technologies to use. To answer this call, the Department of the Interior has committed to issuing permits on public lands that will enable the generation of 10 gigawatts of renewable generation capacity – enough to power 3 million homes.

Powering the U.S. military with renewable energy: Just because Congress hasn’t moved forward with establishing a clean energy economy doesn’t prevent all progress toward using more renewable energy. To this end, President Obama announced that the Department of the Navy will make a 1 gigawatt renewable energy purchase—the largest purchase of its kind in history, and enough energy to power 250,000 homes.

Additionally, the Air Force is installing solar panels on its bases and developing cleaner, more efficient ways to fuel the military’s aircraft. In 2010, the Air Force flew an A-10 Thunderbolt entirely on alternative fuels, a first for the military.

The Obama Administration is already taking steps to reduce our nation’s oil use. Historic fuel economy standards for cars and light-duty trucks built between 2011 and 2025, the first such update in over three decades, will increase average fuel efficiency to 54.5 miles per gallon by 2025. These efficiencies will save consumers $1.7 trillion at the pump – roughly $8,200 per vehicle – reduce oil consumption by 2.2 million barrels a day by 2025, and slash greenhouse gas emissions by 6 billion metric tons over the lifetime of the vehicles covered by these standards.

The Administration also recently finalized the first-ever national fuel efficiency and greenhouse gas emission standards for heavy-duty trucks, vans, and buses spanning model years 2014-2018, which will cut GHG emissions by 270 million metric tons, reduce oil consumption by over 500 barrels during that period, and save truck owners and operators more than $50 billion in fuel costs.

But President Obama’s energy strategy takes further steps to reduce our use of fossil fuels—and reliance on foreign oil—to power our vehicles. The President supports investment in new technologies that can be built here in the United States by American workers:

Making advanced vehicles more affordable: President Obama is proposing a set of incentives to help consumers and businesses purchase new, advanced cars and trucks. For consumers, President Obama wants to increase the existing tax credit for electric vehicles from $7,500 to $10,000, reform the credit so that people benefit as soon as they purchase a new car instead of when they file their taxes, and expand the credit so that it can be applied to a broader range of advanced vehicles, including those powered by natural gas. The President is also proposing a new tax credit to help businesses with the cost of purchasing alternative-fuel commercial trucks.

Harnessing natural gas for vehicle use: The Advanced Research Projects Agency – Energy is planning a research competition that asks our country’s brightest scientists, engineers and entrepreneurs to develop new strategies for storing and converting our abundant supply ofnatural gas for use invehicle fuel tanks, eliminating barriers that currently prevent widespread use of natural gas vehicles

Advancing vehicle and battery technologies:President Obama wants to make electric-powered vehicles as affordable and convenient as gasoline-powered vehicles for the average American family within a decade. Building on the United States’ progress as a leader in manufacturing advanced batteries that can power cars and trucks using less oil, the President is proposing further investment in breakthrough R&D for advanced vehicle batteries, electric drivetrain technologies, lightweight vehicle structures, and technology to quickly charge battery-powered vehicles.

Supporting biofuel development: The Department of Agriculture and the Department of Energy are funding three years of research and development to make advanced biofuels, which are derived from plant sources, cheaper and more widely available as gasoline and diesel replacements.