January 27, 2012 at 6:10 PM ET by Matt Compton
Twitter Facebook Email
Summary:
Have a question about college affordability? Here's everything you need to know. 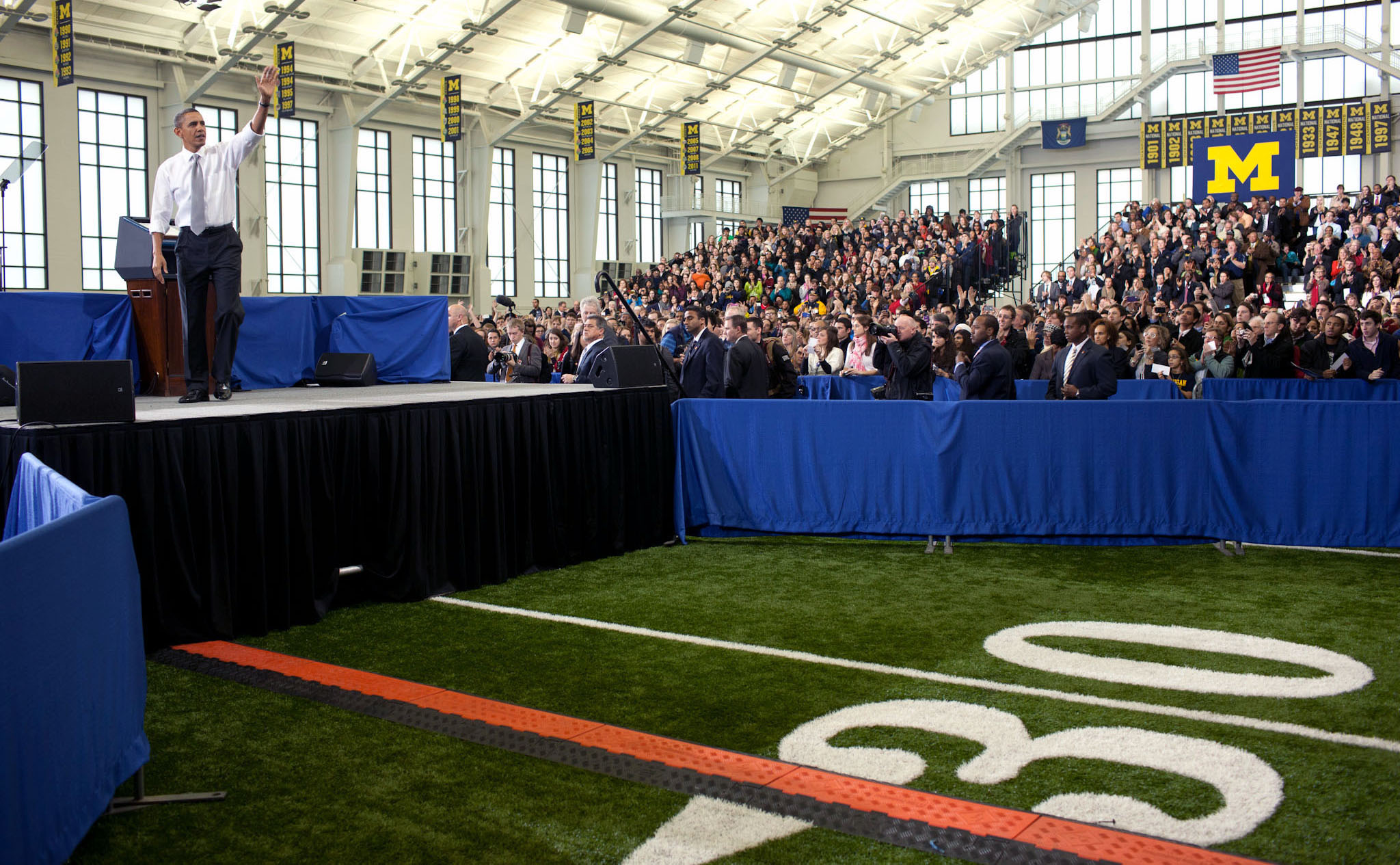 In the State of the Union, President Obama made a point to talk about two critically important trends when it comes to education.

First, if you look at unemployment rates broken down by education level, you’ll notice something stark: Those without a college diploma are twice as likely to be without a job as those who earned a bachelor’s degree. For those who finished college or received more education still, the unemployment rate is just 4.1 percent—less than half the national average. And even among the employed, those who finished college make twice as much as those who failed to finish high school.

But even as a college degree has become more important than ever, the cost of that diploma has skyrocketed. For the first time, Americans owe more on their student loans than they do on their credit cards. A senior in high school today has seen the cost of full-time attendance at a public university nearly double in her lifetime.

This morning at the University of Michigan in Ann Arbor, the President outlined a Blueprint for making college more affordable.

The first step is reforming student aid. The federal government provides a lot of money to college campuses through a system that’s antiquated and in real need of an update. President Obama is proposing changing that system to help colleges focus on three principles:

Colleges that do the most to provide students with good long-term value will be rewarded with additional dollars to help students attend. Those that don't act responsibly in setting tuition will receive less in terms of federal aid.

Race to the Top for higher education

Now the president is hoping to create a similar initiative for higher education.

The federal government would provide a $1 billion investment to entice state governments to revamp the structure of state financing for higher education, maintain adequate levels of funding for colleges and universities, and help kids graduate on time.

Establish a First in the World competition

President Obama also wants to create a First in the World competition that would invest $55 million in individual colleges and nonprofits that are working to establish or scale up new programs that boost productivity and enhance quality on campuses. Some schools are already embracing these kinds of innovations—redesigning courses to make better use of technology, for example. But First in the World would create incentives for institutions across the country to follow their example.

Right now, if you’re a high school senior, or the parent of a high school senior, sifting through all the information that’s out there about college costs and financial aid is a nearly-impossible task. President Obama wants to give families new tools to help them make informed decisions about higher education. He’s proposing three new efforts:

President Obama has already more than doubled total amount of funding available for Pell Grants and is helping 600,000 veterans go back to school with the Post-9/11 GI Bill, but there are other roles that the federal government can assume when it comes to keeping college affordable.

In the State of the Union, the President called on Congress to keep interest rates low for 7.4 million young people who take advantage of student loans (If Congress doesn't act, the interest rates for subsidized Stafford student loans will increase from 3.4 percent to 6.8 percent on July 1) , make the American Opportunity Tax Credit permanent, and double the number of work-study jobs over the next five years to better assist college students who are working their way through school.