President Obama: "This Got Done Because of You" 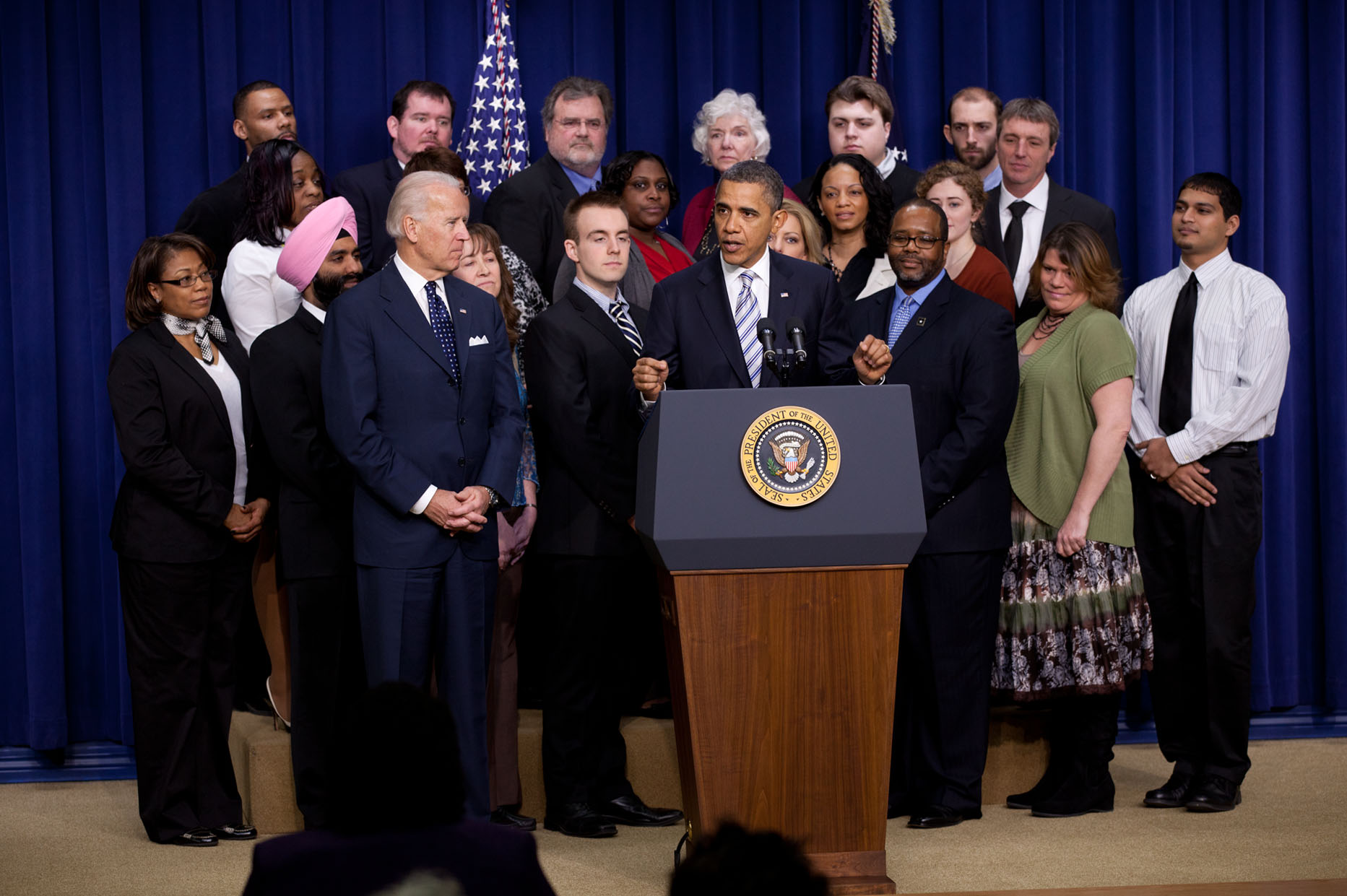 President Barack Obama, with Vice President Joe Biden, discusses the importance of the agreement passed by Congress to extend the payroll tax cut and unemployment insurance while speaking in the South Court Auditorium in the Eisenhower Executive Office Building, Feb. 21, 2012. The President urged Congress to build on the success of the agreement by taking additional steps to create jobs, grow the economy and help the middle class. The President and Vice President were joined by Americans who have shared their stories on WhiteHouse.gov and Twitter about what $40 a paycheck means to them. (Official White House Photo by Lawrence Jackson)

This morning, President Obama hosted an event at the White House to talk about the payroll tax cut -- which Congress voted to extend last week.

Flanked by a group of Americans who shared stories about what they would be forced to give up without the tax cut, he gave credit to all of those who added their voices to the debate:

This got done because of you; because you called, you emailed, you tweeted your representatives and you demanded action. You made it clear that you wanted to see some common sense in Washington. And because you did, no working American is going to see their taxes go up this year. That's good news. Because of what you did, millions of Americans who are out there still looking for work are going to continue to get help with unemployment insurance. That’s because of you.

In recent weeks, we've received good news on the economy: Companies are hiring again, and more Americans are finding work. Consumer confidence is starting to tick back up. For President Obama, that means we need to keep pushing to help the recovery add more momentum:

Now my message to Congress is: Don’t stop here. Keep going. Keep taking the action that people are calling for to keep this economy growing. This may be an election year, but the American people have no patience for gridlock and just a reflexive partisanship, and just paying attention to poll numbers and the next election instead of the next generation and what we can do to strengthen opportunity for all Americans. Americans don’t have the luxury to put off tough decisions. And neither should we. There's a lot more we can do -- and there's plenty of time to do it -- if we want to build an economy where every American has a chance to find a good job that pays well and supports a family.

President Obama called on lawmakers to keep the momentum going by passing his plan to help responsible homeowners refinance their mortgages -- and save around $3,000 a year. He said Congress should support America's small businesses by rewarding companies that keep jobs in the United States instead of those that export jobs overseas. He said lawmakers need to make the Buffett Rule a reality -- so that millionaires pay a tax rate of at least 30 percent.

"[With] or without Congress," President Obama said, "every day I’m going to be continuing to fight."