Working Together Through the Community Partnership Summits

Ed. note: This is cross-posted from the GSA Blog.

In his State of the Union Address, President Obama announced a Blueprint for an America built to last. The blueprint sets the stage for future growth, global competitiveness, and broad prosperity. It builds on the growing momentum we’re seeing in our economy, and keeps our eyes focused on the horizon. Yet to turn his blueprint into reality requires more than just government. It demands shared national effort at every level, block by block, town by town, community by community. That’s why the White House is hosting open-agenda, inclusive Community Partnership Summits in cities across the nation.

Last Friday, I was privileged to join Mayor Michael Nutter, Housing and Urban Development Secretary Shaun Donovan, Congressman Chaka Fattah, White House officials, and hundreds of local leaders and community members to discuss some of the greater Philadelphia community’s most pressing challenges and find partnership opportunities between the public and the government. Modeled on the idea of an open agenda meeting, the format of the Community Partnership Summits is neither top-down nor scripted. Instead, it empowers participants to take the agenda into their own hands. They choose the scope and topics of conversations based on the issues that most directly impact their neighborhoods. The conversations aren’t about what matters to Washington; they’re about what matters to the people in the community. 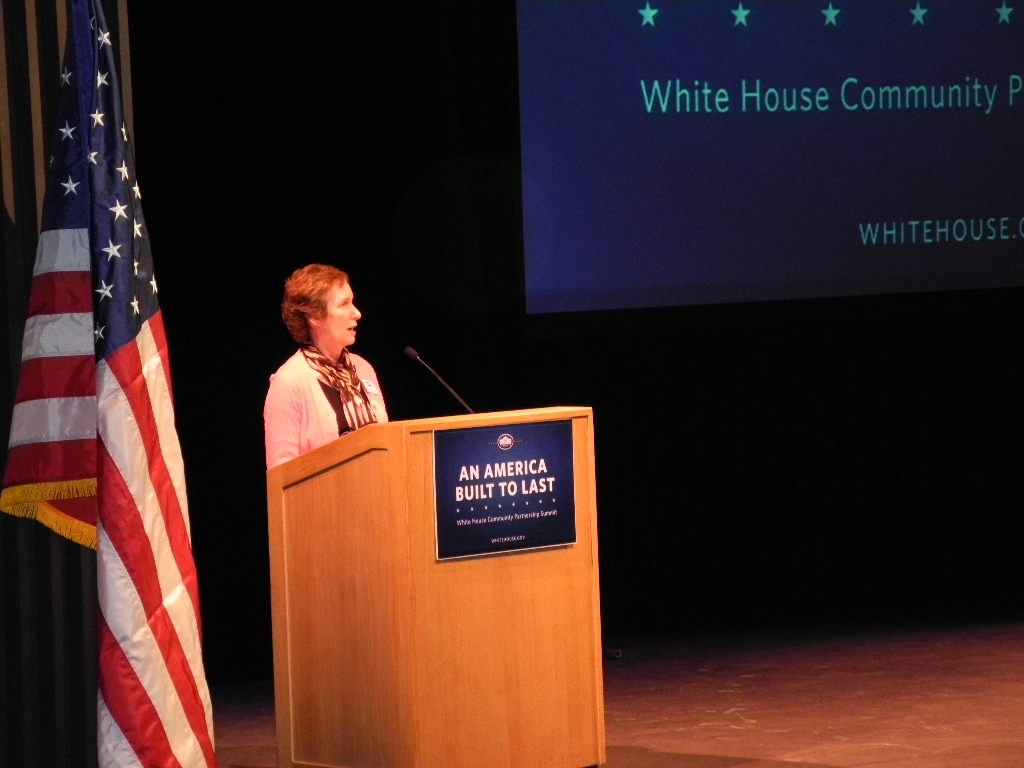 The summit was an example of how government can be transparent, responsive, inclusive, and accountable. We heard from business owners, teachers, faith leaders, community activists, and many more. From the federal side, we were joined by representatives and policy experts from the White House Office of Public Engagement, the Departments of Housing and Urban Development, Education, Health and Human Services, Labor, Commerce, Transportation, Agriculture, Homeland Security, Veterans Affairs, the Small Business Administration, Environmental Protection Agency, and the General Services Administration. Topics ranged from unemployment, recidivism, energy security, health care, affordable housing, and small business contracting with government. There was no limit to what was discussed, or by whom, or for how long.

The summit was defined by limitless possibilities, and as I watched it unfold I was impressed by the breadth of issues discussed and the passion and expertise that the participants brought to the table. The energy in the room was infectious, and it was clear that when given an opportunity the City of Brotherly Love turns out. I was delighted to see new connections made between participants and new ideas and solutions emerge. The day lent credence to the wisdom of a crowd and bolstered my faith in the power of community to tackle issues and solve problems with clear-eyed pragmatism.

Government transparency and accountability are cornerstones of the Obama Administration. Over the last three years, the federal government has flung wide the doors of transparency, opened up unprecedented amounts of data to the public, and invited the public to actively participate in the great work of our nation. Friday’s Community Partnership Summit was yet one more step towards an inclusive government and an engaged citizenry. It succeeded regardless of partisan politics or religious beliefs, and the conversations transcended neighborhood, class, and background. The summit reinforced for all of us the simple truth that our American system is not only for the people and by the people; to attain our highest goals, it must be of the people too.

Martha Johnson is the Administrator at the U.S. General Services Administration.