President Obama and the Buckeye Bullet 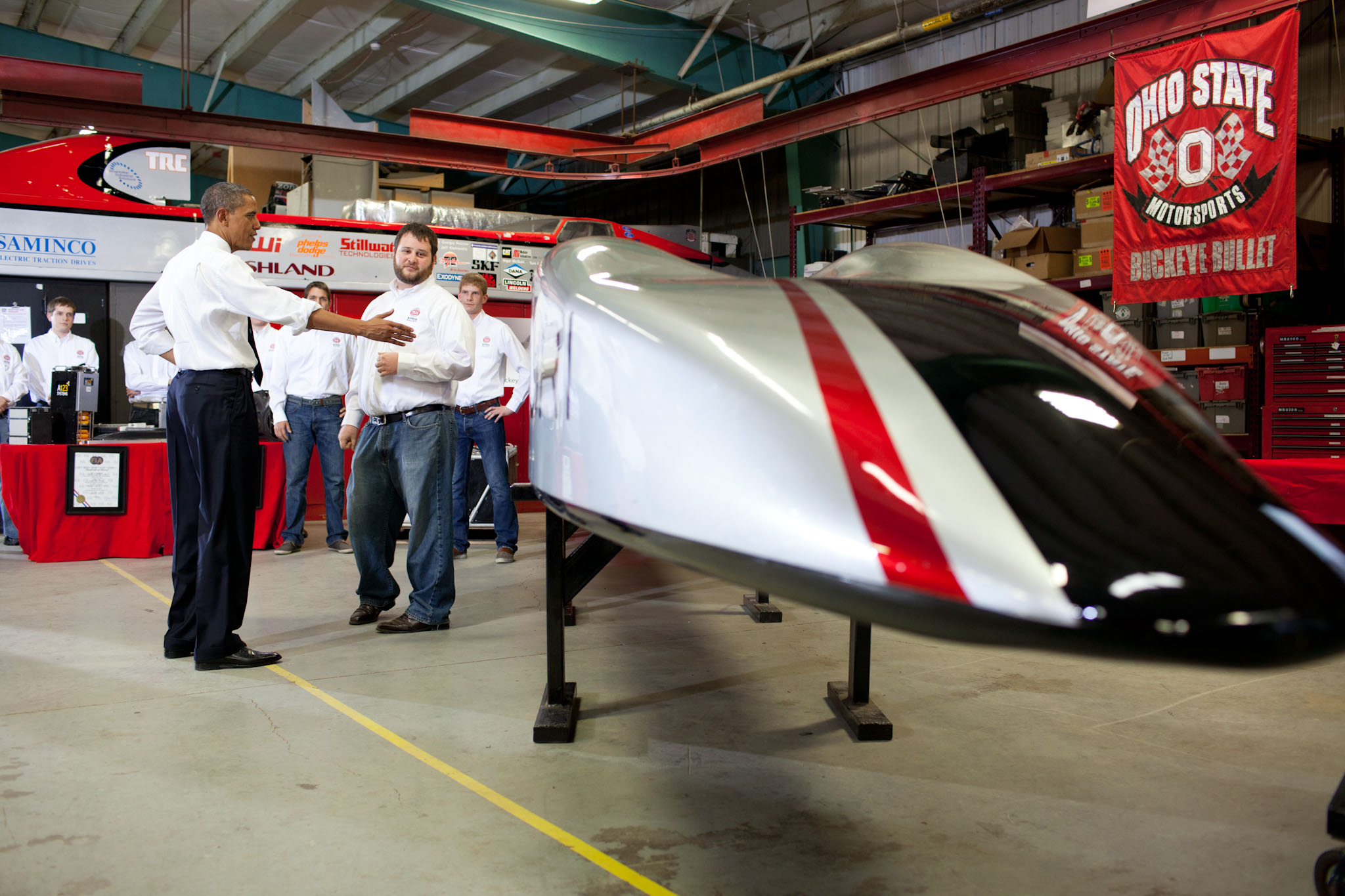 The Ohio State University in Columbus was President Obama's final stop on this week's energy tour. It's home to the Center for Automotive Research, a hotbed of innovation in the fields of energy production and advanced vehicles.

There, President Obama had a chance to see the Buckeye Bullet -- an electric car that has already traveled at speeds in excess of 300 miles per hour. Engineers at the school told him that they're now aiming to design the vehicle so that it's capable of going more than 400 miles per hour.

Today, Buckeye Bullet is already the fastest electric car in the world, and at OSU, they're aiming to make it even faster. President Obama said that kind of ingenuity is "essential to American leadership."

He told the Columbus crowd:

[As] long as I’m President, we are going to keep on making those investments. I am not going to cede the wind and solar and advanced battery industries to countries like China and Germany that are making those investments. I want those technologies developed and manufactured here in Ohio, here in the Midwest, here in America. By American workers. That's the future we want.

As for the Buckeye Bullet, the President also promised that his daughter Malia, who will turn16 in a couple of years, will never drive 300 miles per hour, despite the vehicle's impressive success.