Investing in the Potential of the Next Generation

April 4, 2012 at 1:50 PM ET by Maureen Tracey-Mooney
Twitter Facebook Email
Summary:
Vice President Joe Biden speaks to graduating seniors, parents, and teachers at Maury High School in Norfolk, Virginia about the importance of a college education, and the work the Administration is doing to to make it affordable at a time when more and more families are facing difficult choices about how or even if they can finance a college education for their children. 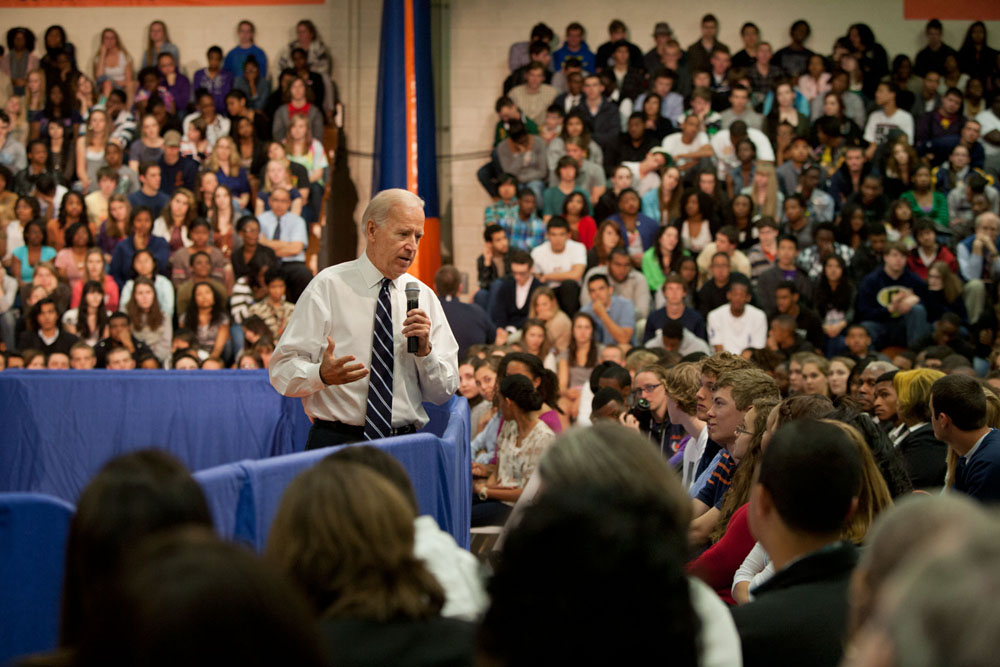 Ed note: This post is updated with a correction to the number of children who would lose access to Head Start.

Yesterday, the Vice President had a powerful message for the graduating seniors, parents, and teachers at Maury High School in Norfolk, Virginia – one that students across the country should hear and one that drives this Administration’s commitment to higher education. He told the Maury students:

For months now, Vice President Biden has been traveling around the country talking about the importance of college and the need to make it more affordable. But the graduating seniors and parents the Vice President spoke to and heard from yesterday know all too well that college isn’t as accessible as it used to be. And when college isn’t accessible, the potential of the next generation is at risk. As a result of rising tuitions and the tough economy, more and more families are facing difficult choices about how or even if they can finance a college education for their children.

And we aren’t done yet. The President and Vice President continue to call on Congress to permanently extend the $2,500-per-year tax credit for college costs, which is set to expire at the end of the year. We want to double the number of federal work-study slots over the next five years and expand the Perkins loan program to serve 3 million students. And we want to stop interest rates on subsidized Stafford loans from doubling  this summer, from 3.4 percent to 6.8 percent.

These proposals would mean a lot for the Maury High students the Vice President spoke with yesterday and millions more across the country. Unfortunately, the budget that Republicans just put forward would go in the exact opposite direction by cutting investments in key education programs like Pell Grants and work study.

If enacted, the House Republican proposal would reduce the value of Pell Grants for nearly 10 million students nationwide. In Virginia, students would see their grants cut by an average of $850.  Nationwide, almost 1 million fewer students would receive any Pell Grant at all by 2014. And 129,000 work-study positions would be eliminated nationwide, including 2,570 in Virginia.

The cuts Republicans want would hit our youngest kids too – by 2014, 250,000 children would lose access to Head Start, and lose with it the opportunity to start kindergarten ready to succeed. That includes 3,700 children in Virginia. The state would lose over $100 million in funding for elementary and secondary education, including funding for special ed for students who need a bit more help. Nationwide, $4.8 billion in these essential funds would be cut. These kinds of cuts would be felt in states across the country.

Over the coming months, the Vice President will continue to talk about our obligation to invest in the potential of the next generation. And he will continue to fight back against proposals, like the House Republican budget, that roll back investments in our young people and threaten to limit their opportunities to succeed.