April 5, 2012 at 10:48 AM ET by Kori Schulman
Twitter Facebook Email
Summary:
President Obama drops by a meeting at the White House to speak with journalists and editors from a range of personal finance and financial news sites.

President Obama dropped by a meeting at the White House to speak with journalists and editors from a range of personal finance and financial news sites.

Before the President stopped by, senior White House officials discussed the Administration’s policies to address key issues, including rising gas prices, jobs, housing and the economy at large. And with tax day just around the corner, speakers highlighted the new federal taxpayer receipt on WhiteHouse.gov and discussed the importance of passing the Buffett Rule. 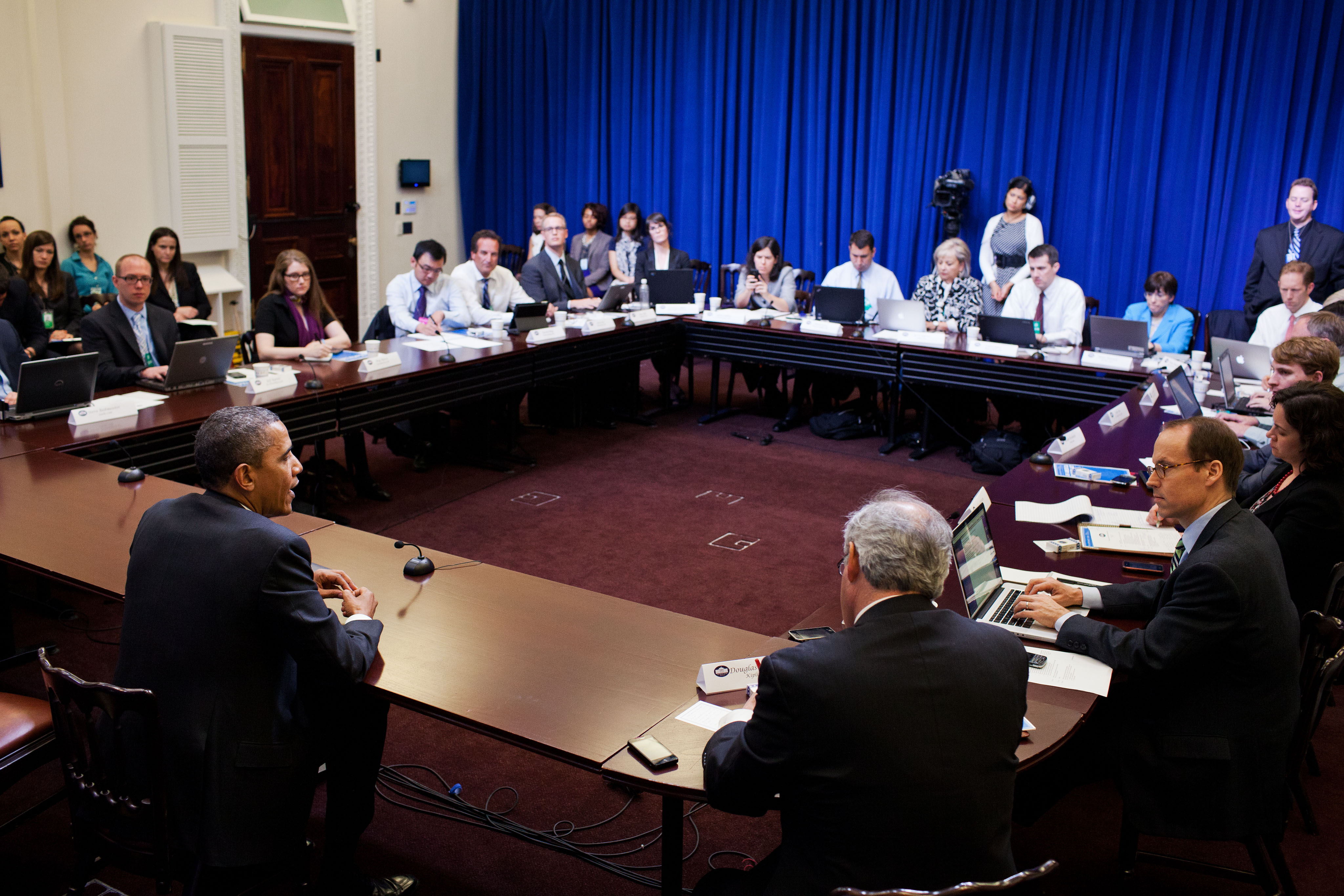 The summit was part of an ongoing series aimed to reach out to online communities. The White House invited personal finance sites for the first time last year. Additional discussions have included African-American and Latino-focused online publishers, as well as editors of prominent women's sites.

Thanks to everyone who took the time to attend the event: