April 24, 2012 at 3:07 PM ET by Megan Slack
Twitter Facebook Email
Summary:
Speaking to students at the University of North Carolina, President Obama says it's time to double down on smart investments that build a strong and secure middle class -- it's not time to double interest rates on student loans.

President Obama was at the University of North Carolina this afternoon asking students to tell their members of Congress one thing: Don’t double my rates.

Five years ago, Congress cut the rates on federal student loans in half. That was a good thing to do. But on July 1st -- that’s a little over two months from now -- that rate cut expires.  And if Congress does nothing, the interest rates on those loans will double overnight.... And just to give you some sense of perspective -- for each year that Congress doesn’t act, the average student with these loans will rack up an additional $1,000 in debt -- an extra thousand dollars.  That’s basically a tax hike for more than 7 million students across America -- more than 160,000 students here in North Carolina alone.

President Obama said that stopping this from happening -- and helping more young people afford college -- should be a no-brainer because in today's economy, a college degree is an economic imperative:

In today’s economy, there is no greater predictor of individual success than a good education.  Right now, the unemployment rate for Americans with a college degree or more is about half the national average.  Their incomes are twice as high as those who don’t have a high school diploma.

And a college education –whether from a two-year or four-year school – shouldn’t be something that only some families can afford. A good education should be within reach for all students willing to work for it. But tuition and fees at America’s colleges have more than doubled since today’s college students were born, and students are taking on more debt to pay for it.

President Obama has worked to help more young people and their families afford a higher education. His Administration is offering incentives for states, colleges, and universities to keep costs down. And now he’s calling on Congress to do their part, and he’s asking students to help make sure they do.

But I’m asking everyone else who’s watching or following online -- call your member of Congress. Email them. Write on their Facebook page. Tweet them -- we’ve got a hashtag. Here’s the hashtag for you to tweet them:  #dontdoublemyrate. All right?  I’m going to repeat that -- the hashtag is #dontdoublemyrate. 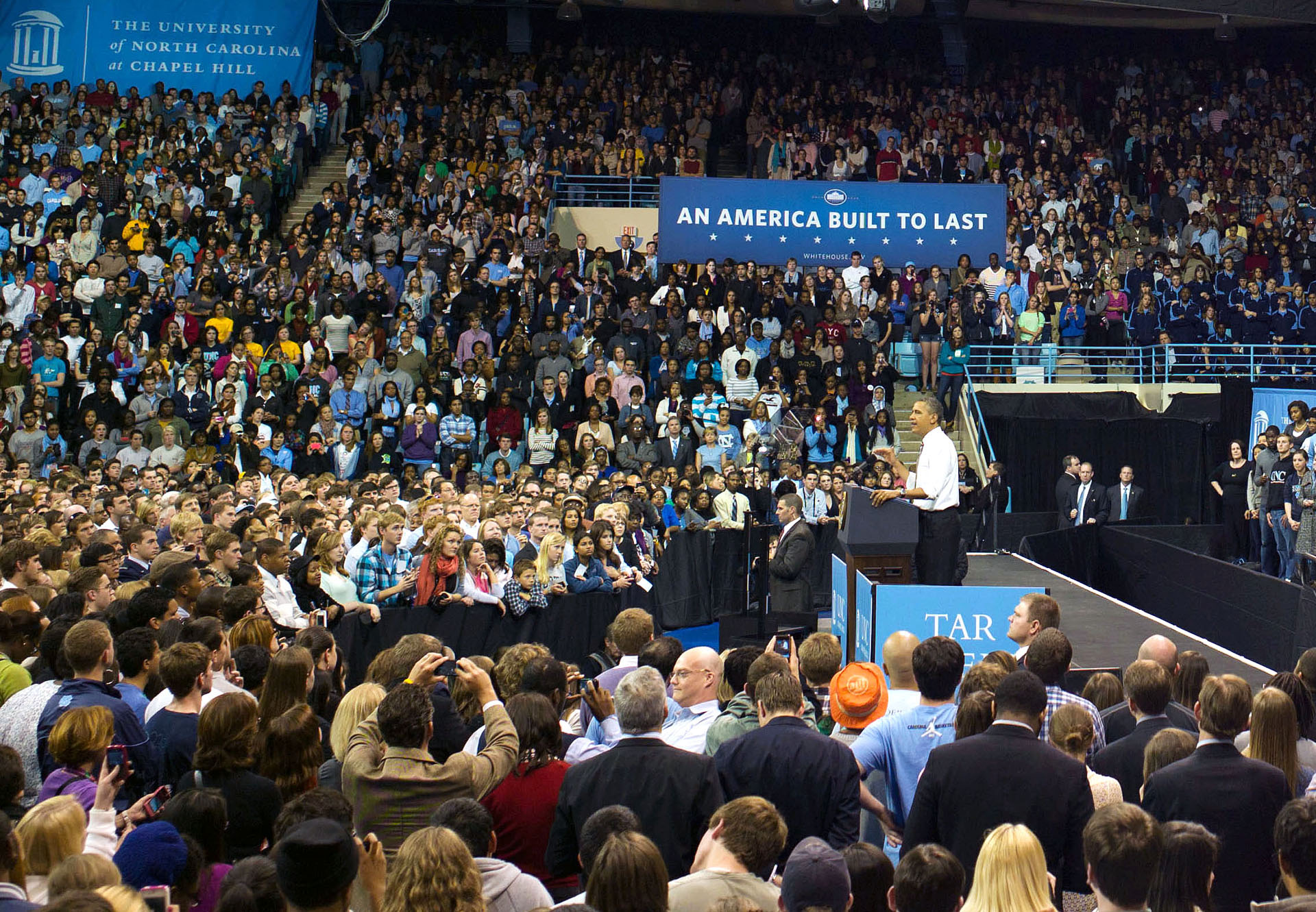