May 1, 2012 at 2:16 PM ET by Kori Schulman
Twitter Facebook Email
Summary:
This year, we invited photo enthusiasts and our followers on Google+ to join us for the first ever White House Google+ Photowalk. View a gallery of their photos.

For forty years, the White House has opened its doors and welcomed visitors from across the country to tour the White House grounds and gardens. This year, we invited our photo enthusiast followers on Google+ to join us for the first ever White House Google+ Photowalk. 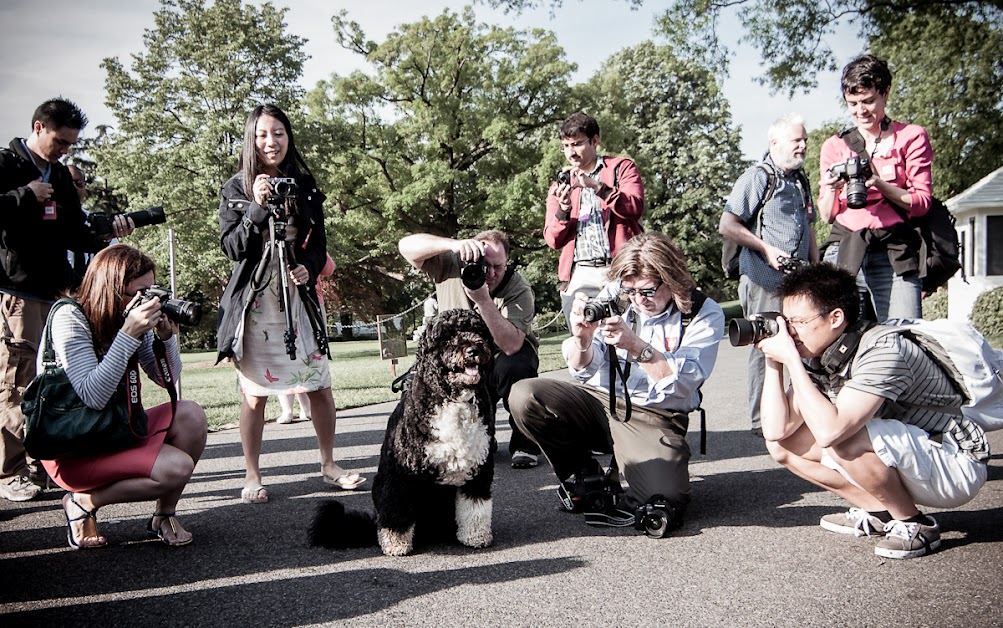 Bo makes a surprise appearance at the first White House Photowalk during Spring Garden Tours on the South Lawn of the White House. View this photo and more by Natalia on Google+: http://goo.gl/zGfG9 April 21, 2012. (by Natalia Stone)

Thirty people, some from nearby and others from as far as Florida and California, spent the day at the White House and captured it all in pictures. During the visit, our photowalkers toured the South Lawn and Kitchen Garden, met White House photographer Sonya Herbert and were surprised by a very popular member of the Obama Family, First Dog Bo.

Later, the group stopped by Eisenhower Executive Office Building where they had the chance to sit down with Chief Official White House Photographer Pete Souza. Pete spent time talking through some of his photos and answered questions about everything from gear to what it takes to capture a great photo.

View the full gallery on the White House Google+ page, or browse even more photos with the hashtag #WHPhotowalk.

Experience the first White House Photowalk in pictures and be sure to follow the White House on Google+ for upcoming chances to engage.