Advocacy by a Veteran, for Veterans.

May 24, 2012 at 10:10 AM ET by Joey Strickland
Twitter Facebook Email
Summary:
Joey Strickland is a veteran who learned a lot about leadership during his service. Now that he's retired, he has dedicated his life to veteran affairs and has come up with a state program that he hopes will enable the nation as a whole to better serve its veterans. 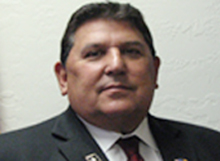 Joey Strickland is being recognized as a Champion of Change for his dedication to service and his continued support for efforts to: end homelessness, boost employment and treat mental health disparities for fellow veterans.

I learned about service during my nearly 29-year military career in the United States Army first in the enlisted and noncommissioned officer ranks and then as a commissioned officer.  During that time I saw two combat tours in Vietnam, served as a platoon leader, company commander, and assistant operations officer at brigade level in the Federal Republic of Germany, and was selected to attend graduate school at Auburn University with subsequent assignment as a TAC Officer with the United States Corps of Cadets at the United States Military Academy.

Upon my retirement from the Army in 1994, I found that my experience and background suited me for continuing service to my community by helping our nation’s veterans.  For more than 10 years, I was proud to serve as the Deputy Secretary and Executive Director of the Louisiana Department of Veterans Affairs, responsible for overseeing five veterans’ nursing homes, one state veterans’ cemetery and the Department’s administrative and claims divisions.

In July, 2008, I was selected to move west to Arizona, where I took over the position of Director of the Arizona Department of Veterans’ Services.  We have built a second state veteran home, are soon to begin work on a second state veteran cemetery, have developed a homeless veterans program that is a “roadmap” for other states to follow, and, most importantly, we take care of our veterans.  I can think of no better service to render than to care for those who have signed a blank check at one time in their lives to the United States of America.

I am honored to be selected as a White House Champion of Change, and I am proud and honored to be able to continue to serve those who have served our great nation.

Joey Strickland is the Director of the Arizona Department of Veteran's Services.