June 21, 2012 at 4:29 PM ET by Matt Compton
Twitter Facebook Email
Summary:
Time is running out for Congress to take actions to stop the rates on federal student loans from doubling on July 1. 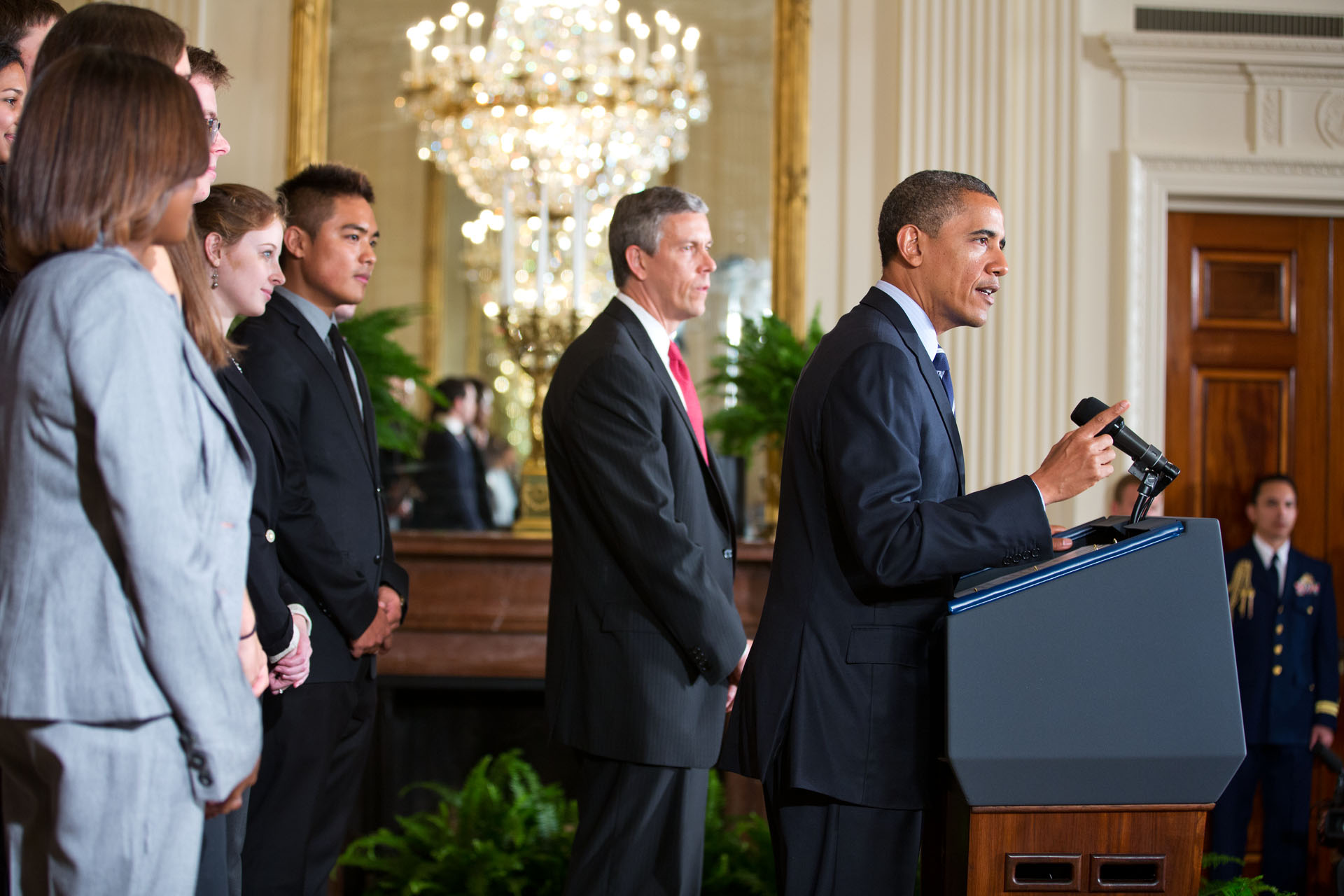 Time is running out for Congress to take actions to stop the rates on federal student loans from doubling on July 1.

That's why President Obama spoke today from the East Room of the White House about the importance of keeping college affordable.

"If Congress does not get this done in a week, the average student with federal student loans will rack up an additional $1,000 in debt over the coming year," he said. "If Congress fails to act, more than 7 million students will suddenly be hit with the equivalent of a $1,000 tax hike. And that’s not something that you can afford right now."

In his remarks, the President also stressed the importance of taking this step for the broader economy. It's not just that those students will suddenly have less money to spend -- it's that we need to have the best educated workforce in the world, and keeping higher education affordable helps to make that possible.

After the event with the President, Mark Zuckerman, the deputy director of the Domestic Policy Council, took to Twitter to answer your questions about student loans and college affordability in a White House Office Hours.

You can see that discussion on Storify.