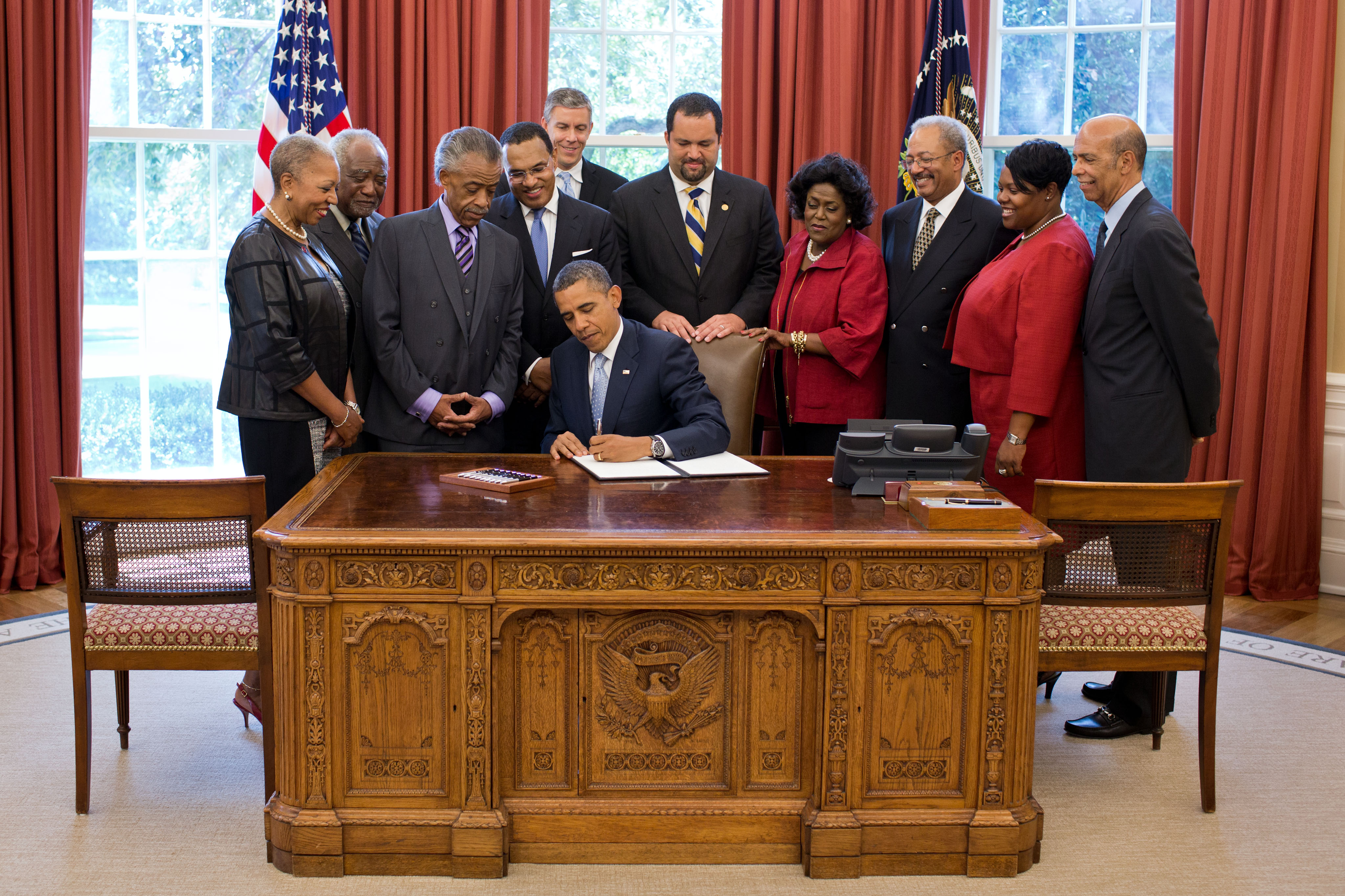 On Wednesday, during his remarks at the National Urban League conference in New Orleans, President Obama announced an Executive Order to improve outcomes and advance educational opportunities for African Americans. On Thursday, he signed that Executive Order surrounded by some of the key leaders who have been at forefront of promoting those priorities.

The President has made it a top priority to provide a complete and competitive education for all Americans – from cradle to career.  The White House Initiative on Educational Excellence for African Americans, created by this Executive Order, will work across Federal agencies and with partners and communities nationwide to produce a more effective continuum of education programs for African American students.  The initiative aims to ensure that all African American students receive an education that fully prepares them for high school graduation, college completion, and productive careers.

In the nearly 60 years since the Brown v.Board of Education decision put America on a path toward equal educational opportunity, America’s educational system has undergone a remarkable transformation.  Many African American children who attended substandard, segregated schools in the 1950s have grown up to see their children attend integrated and effective elementary and secondary schools, colleges, and universities.  Nonetheless, substantial obstacles to equal educational opportunity still remain in America’s school systems.  Disproportionately, students of color, including African Americans, lag in equal access to highly effective teachers and principals, safe schools, and challenging college-preparatory classes.  And they experience school discipline and referrals to special education at higher rates than their peers.

Improving the educational outcomes of African Americans will provide substantial benefits for our country, like increasing college completion rates, employment rates, and the number of African American teachers.  So, through this Executive Order, President Obama is taking an important step to promote a more promising future for all Americans.

Valerie Jarrett is a Senior Advisor to President Obama.