November 15, 2012 at 6:26 PM ET by Colleen Curtis
Twitter Facebook Email
Summary:
The President promised his support to those affected by the storm, and said that he would return to the region again and again, until the rebuilding is complete. 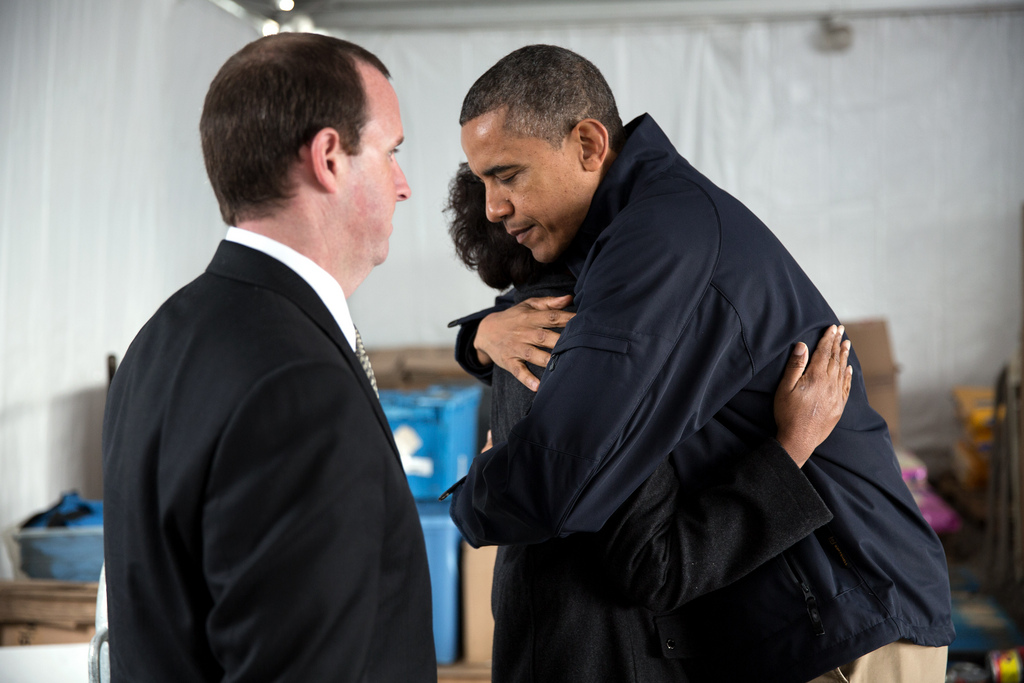 President Obama today promised residents of Staten Island his support as they begin the long process of rebuilding their devastated community just two weeks after Hurricane Sandy tore its path of destruction through the New York City borough.

Speaking to local residents, first responders and elected officials, the President promised that he would return to the region again and again, until the rebuilding is complete. He also said that he had asked Shaun Donovan, the Secretary of Housing and Urban Development, to continue to work closely with governors, mayors and local officials of New Jersey and New York in identifying redevelopment plans for affected communities. Secretary Donovan is a former Commissioner of the New York City Department of Housing.

The President began his visit with a helicopter tour over some of the areas that were hardest hit by the wrath of the storm, including Breezy Point, a Queens neighborhood where more than 100 houses burned to the ground. As he addressed the crowd gathered in a disaster recovery center, President Obama praised the first responders, volunteers and sanitation workers who are working tirelessly to help residents get back on their feet, saying they exemplify what America is all about:

During difficult times like this, we’re reminded that we’re bound together and we have to look out for each other. And a lot of the things that seem important, the petty differences melt away, and we focus on what binds us together and that we as Americans are going to stand with each other in their hour of need.

Today was President Obama's second trip to the devastated region since Hurricane Sandy made landfall.  At the President’s direction, the Administration has continued to bring all available resources to bear to support our state and local partners as they continue to respond and recover from the storm. Prior to the storm making landfall, the President provided Emergency Declarations for states up and down the East Coast, and FEMA pre-deployed teams to support Governors in potentially impacted areas. Working with the Department of Defense (DOD), FEMA also established staging locations for water, meals, generators, medical supplies and other important resources, so that they could be quickly deployed to impacted areas once the storm had passed.

Since that time, following expedited Major Disaster Declarations for New Jersey and New York provided by the President, FEMA has deployed over 7,000 personnel to the impacted area, established 65 Disaster Recovery Centers to support affected communities, provided millions of bottles of water, hundreds of thousands of meals, and hundreds of generators to affected states, and approved over $600 million in direct assistance to hundreds of thousands of individuals impacted by the storm.