President Obama: The Sooner We Get This Done, the Sooner Our Economy Gets a Boost 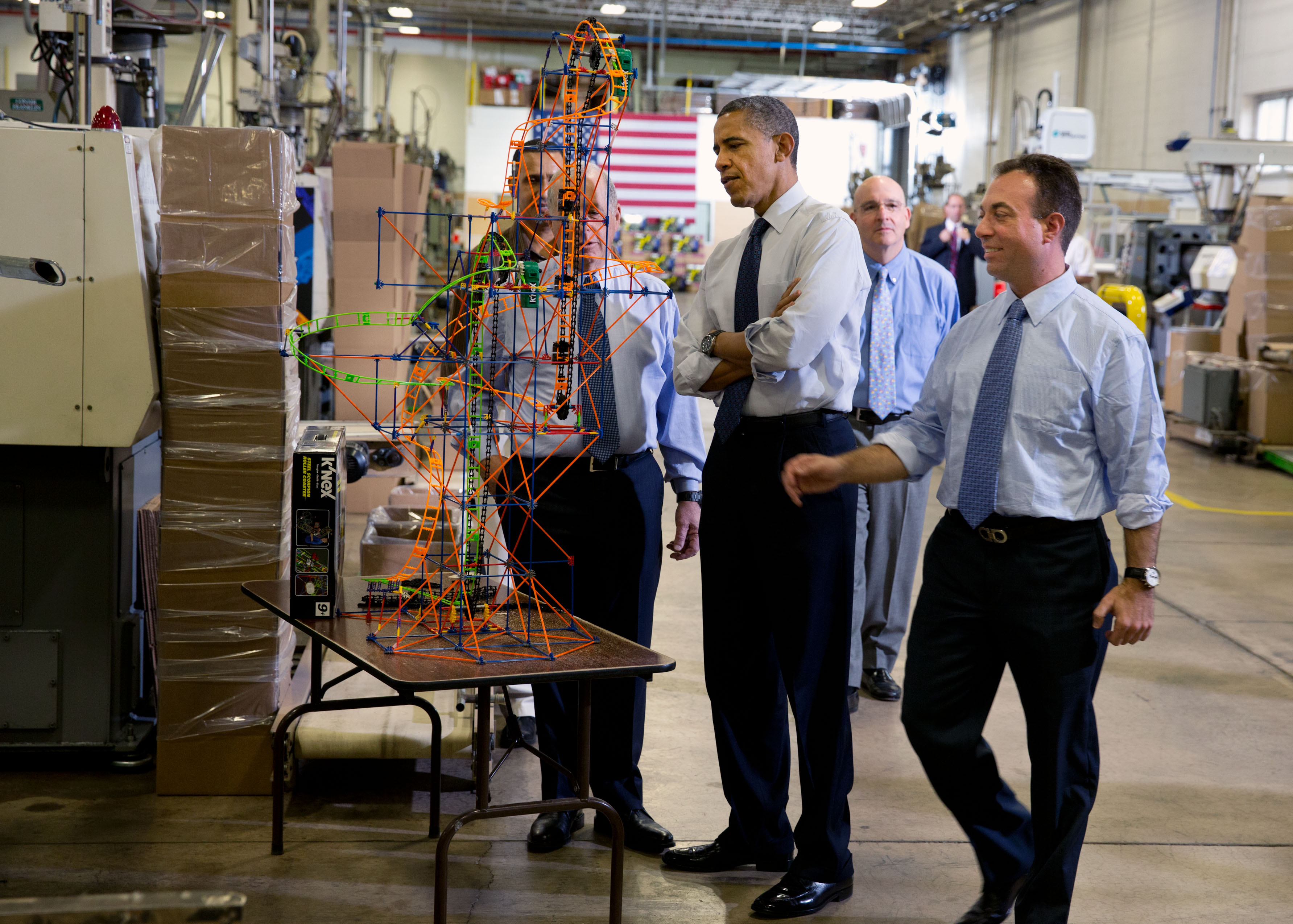 President Barack Obama examines a K'NEX rollercoaster with Michael Araten, President and CEO of K'NEX and Rodon Group, right, during a tour of the company in Hatfield, Pa., Nov. 30, 2012. (Official White House Photo by Chuck Kennedy)

The Rodon Group, a third-generation family owned business, manufactures Tinkertoy and K’NEX building sets. The company depends on the many Americans who buy gifts for family and friends during the holiday season.

But, if Congress doesn’t act before the end of the year, every family in America will see their income taxes automatically go up on January 1, President Obama said.

A typical middle-class family of four would see their income taxes go up by about $2,200. That’s for a typical family -- it would be more for some folks. That’s money a lot of families just can’t afford to lose. That’s less money to buy gas, less money to buy groceries. In some cases, it means tougher choices between paying the rent and saving for college. It means less money to buy more K’NEX. 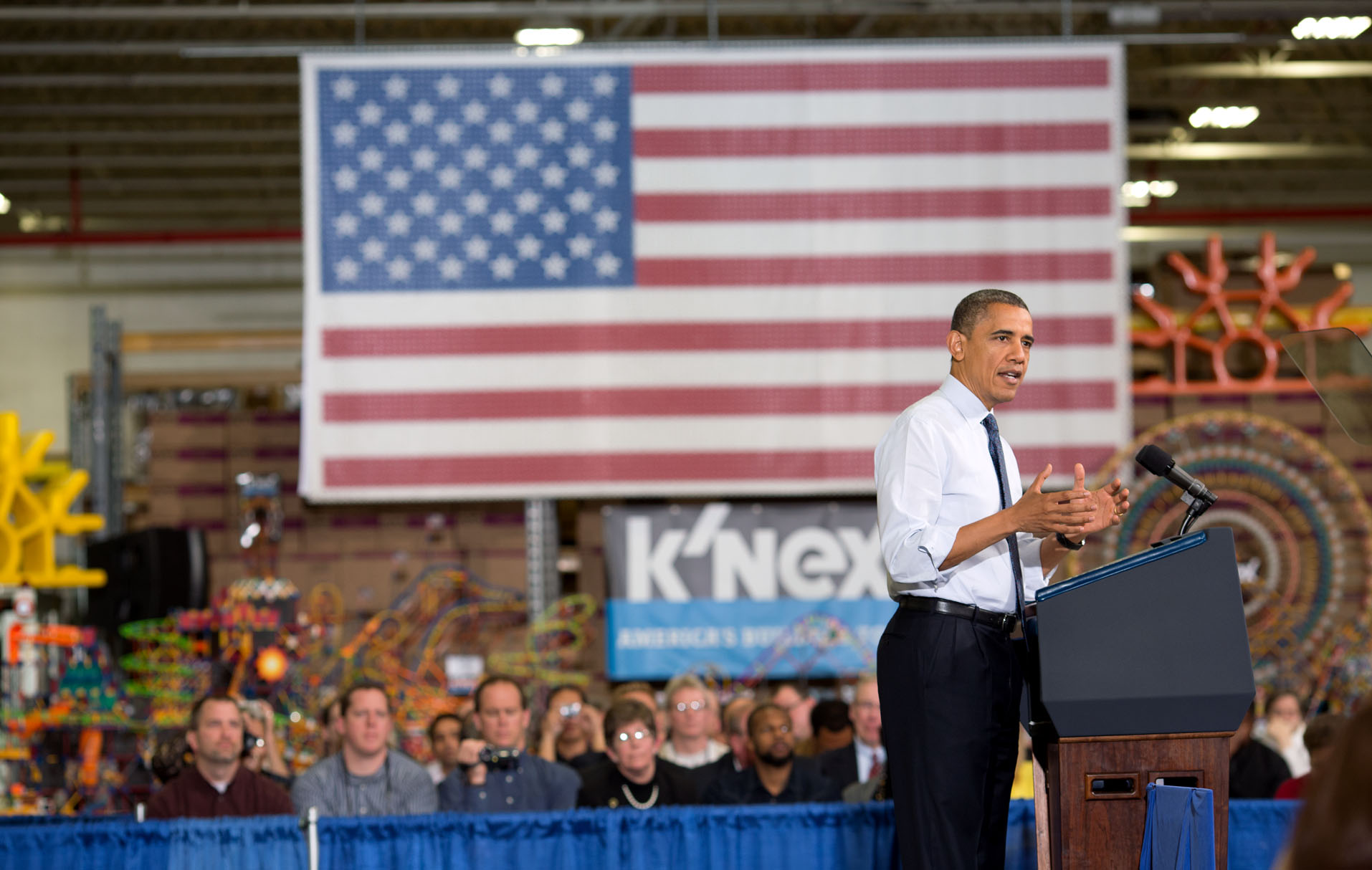 But there is another option.

President Obama said he has a pen ready to sign that law as soon as it's ready, but he can't do that without help from both from Congress and the American people.

I need you to remind members of Congress -- Democrats and Republicans -- to not get bogged down in a bunch of partisan bickering, but let's go ahead and focus on the people who sent us to Washington and make sure that we're doing the right thing by them.

So I want you to call, I want you to send an email, post on their Facebook wall. If you tweet, then use a hashtag we're calling "My2K." … Because it’s about your “2K” in your pocket.

"Let’s give families all across America the kind of security and certainty that they deserve during the holiday season," he said. "Let’s keep our economy on the right track. Let’s stand up for the American belief that each of us have our own dreams and aspirations, but we’re also in this together, and we can work together in a responsible way; that we’re one people, and we’re one nation. That’s what this country is all about”