President and Mrs. Obama last night welcomed a late night television host, an actor, a ballerina, a blues guitarist, and a rock band to the White House for the annual reception saluting the Kennedy Center Honorees.

As he introduced David Letterman, Dustin Hoffman, Natalia Makarova, Buddy Guy, and the surviving members of Led Zeppelin to a crowd gathered in the East Room, the President described the honorees as "some extraordinary people who have no business being on the same stage together."

Each year the John F. Kennedy Center for the Performing Arts celebrates individuals who have made a lifetime contributions to American culture through the performing arts—whether in dance, music, theater, opera, motion pictures, or television -- and the primary criterion in the selection process is excellence. 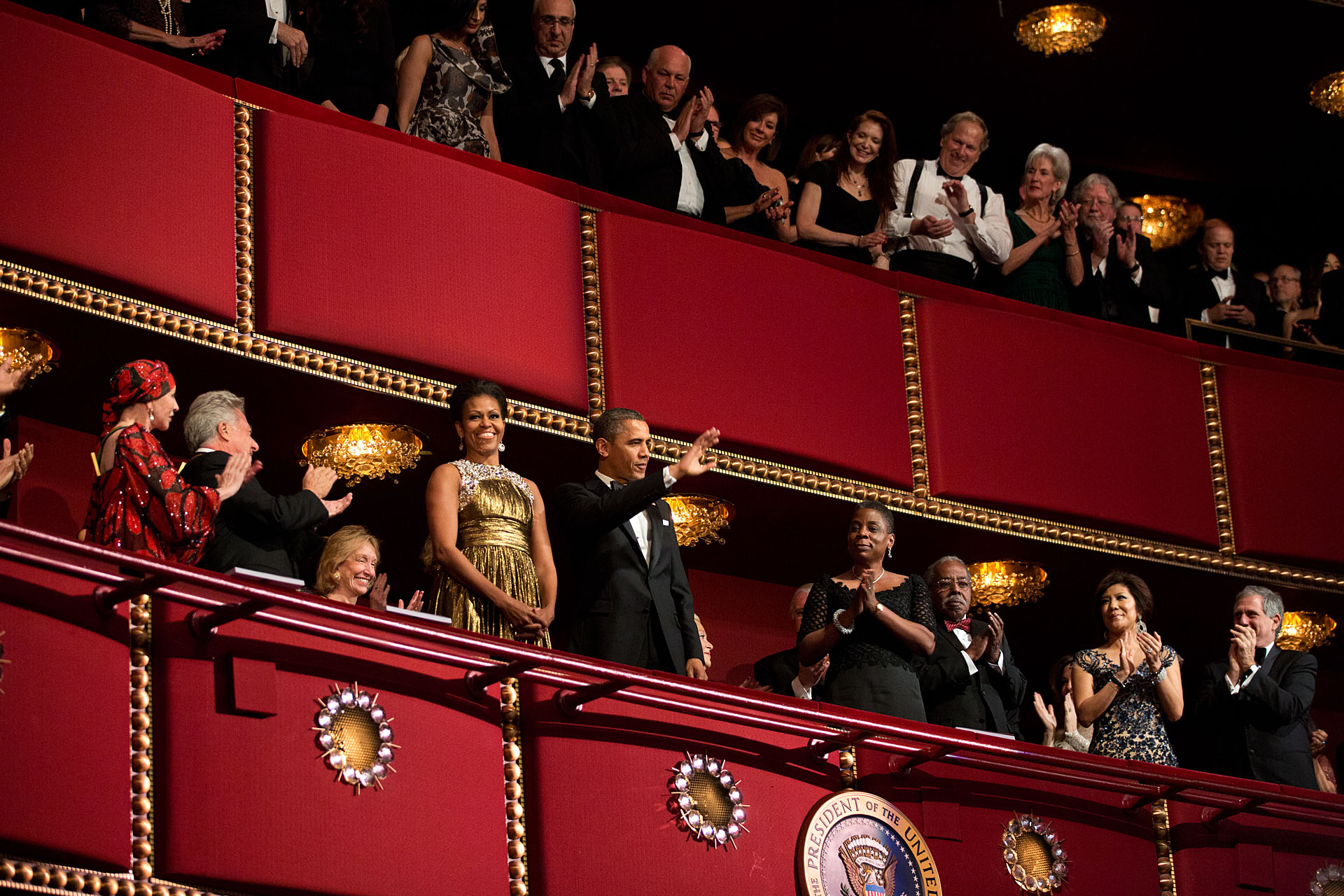 Prior to the event celebrating their achievement held at the Kennedy Center in Washington, the President took a moment to highlight their contributions to American culture, and the important role the arts play in our national identity:

So we've got Buddy Guy. We've got Dustin Hoffman. We've got David Letterman, Natalia Makarova, Led Zeppelin each of us can remember a moment when the people on this stage touched our lives. Maybe they didn’t lead us to become performers ourselves. But maybe they inspired us to see things in a new way, to hear things differently, to discover something within us or to appreciate how much beauty there is in the world.

It’s that unique power that makes the arts so important. We may not always think about the importance of music or dance or laughter to the life of this nation, but who would want to imagine America without it? That’s why we celebrate artists like the ones here tonight. And that’s why, in this season of joy and thanksgiving, they have earned our deepest appreciation.