January 7, 2013 at 4:25 PM ET by Megan Slack
Twitter Facebook Email
Summary:
President Obama announces John Brennan as his nominee for the next head of the Central Intelligence Agency. 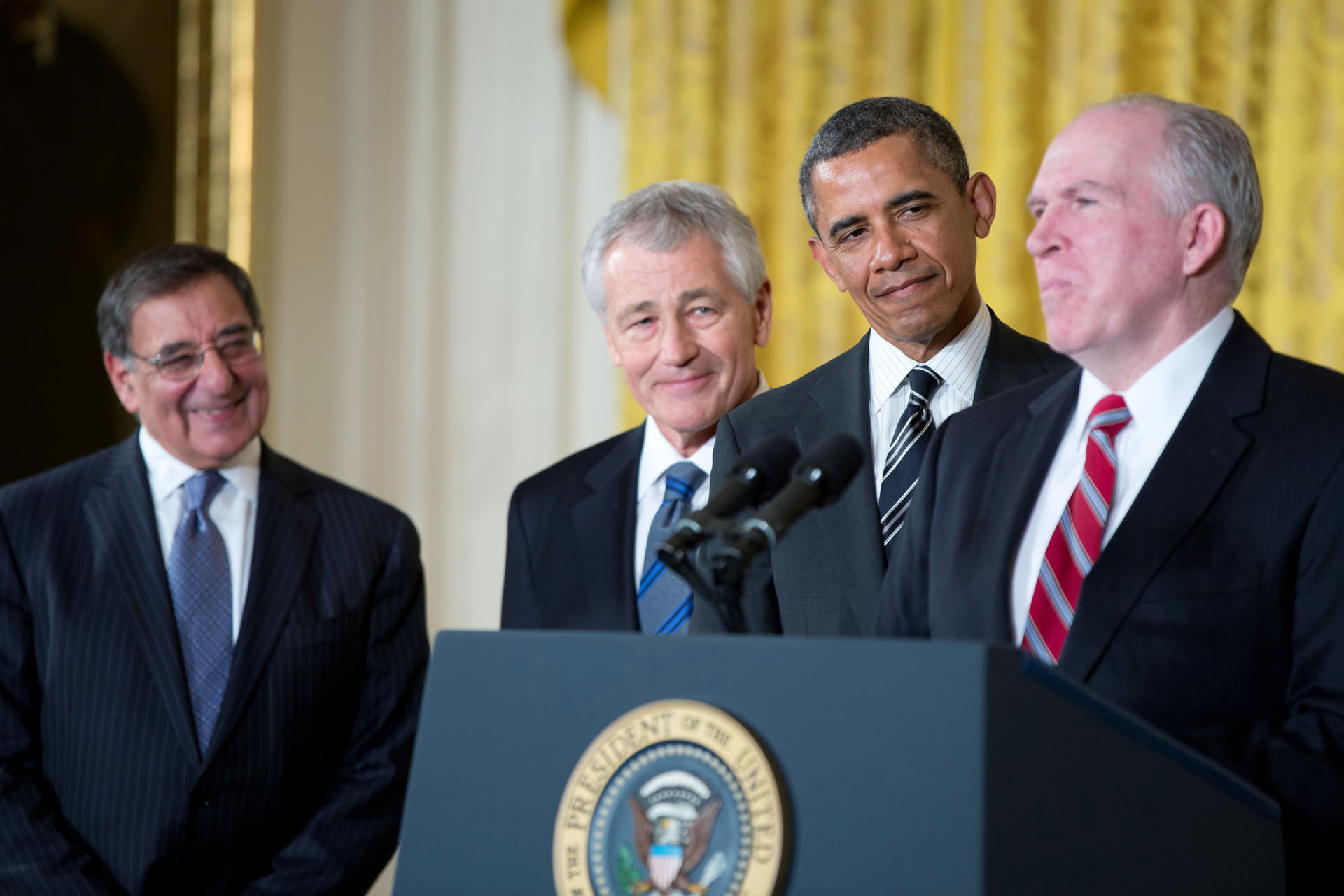 President Barack Obama listens to the remarks of John Brennan, Assistant to the President for Homeland Security and Counterterrorism, his nominee for Director of the CIA, during the announcement in the East Room of the White House, Jan. 7, 2013. The President also announced former Senator Chuck Hagel, second from left, as his nominee for Secretary of Defense. Joining them are departing Defense Secretary Leon Panetta, left. (Official White House Photo by Pete Souza)

After announcing Chuck Hagel as his nominee for the next Secretary of Defense, President Obama today nominated John Brennan as the next Director of the Central Intelligence Agency.

Brennan, a 25-year veteran of the CIA, has served as President Obama’s Advisor for Counterterrorism and Homeland Security since 2009. “For the last four years,” President Obama said, “John developed and has overseen our comprehensive counterterrorism strategy -- a collaborative effort across the government, including intelligence and defense and homeland security, and law enforcement agencies.”

President Obama called Brennan “one of the hardest working civil servants I’ve ever known” and said that he valued Brennan’s integrity and commitment “to the values that define us as Americans.”

“He has worked to embed our efforts in a strong legal framework,” the President said. “He understands we are a nation of laws. In moments of debate and decision, he asks the tough question and he insists on high and rigorous standards.”

“Leading the agency in which I served for 25 years would be the greatest privilege as well as the greatest responsibility of my professional life,” Brennan said.

Brennan explained that, if confirmed as CIA director, he would “make it my mission to ensure that the CIA has the tools it needs to keep our nation safe, and that its work always reflects the liberties, the freedoms, and the values that we hold so dear.”