President Obama: "We've Seen the Character of Our Country Once More"

April 20, 2013 at 12:02 AM ET by Matt Compton
Twitter Facebook Email
Summary:
President Obama commends the response from the state and local police and federal investigators after law enforcement makes an arrest in the Boston Marathon bombings. 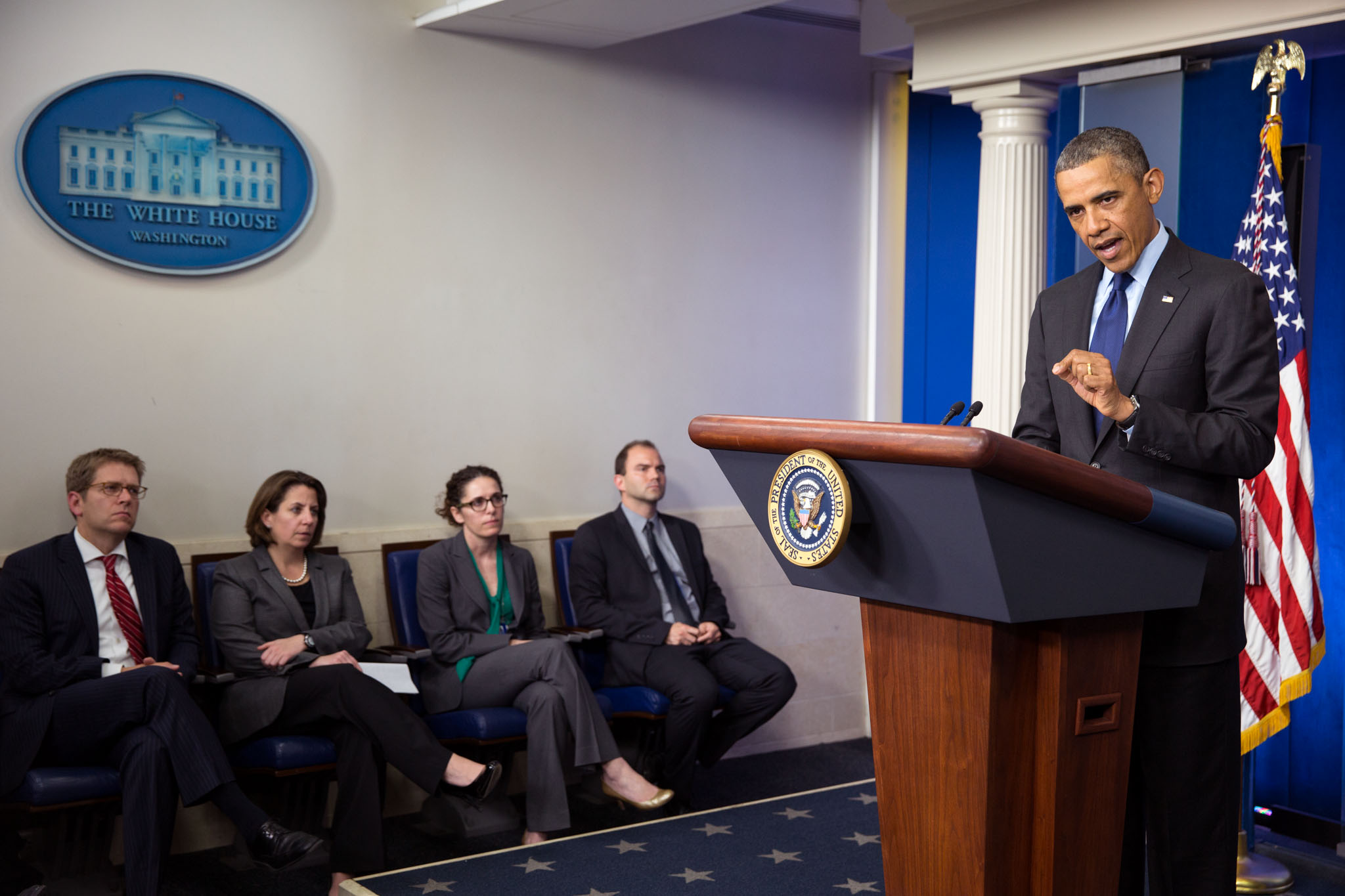 After a daylong manhunt that saw police searching door-to-door through Boston, law enforcement officials captured the remaining suspect believed to be responsible for Monday's bombing at the finish line of the Boston Marathon. He was ultimately found in Watertown, Massachusetts.

In a statement from the James Brady Briefing Room after the arrest, President Obama commended the response from the state and local police and federal investigators.

"We owe a tremendous debt of gratitude to all our outstanding law enforcement professionals," he said. "These men and women get up every day, they put on that uniform; they risk their lives to keep us safe -- and as this week showed, they don't always know what to expect. So our thoughts are with those who were wounded in pursuit of the suspects and we pray for their full recovery."

While tonight's arrest closes one chapter in this tragedy, we're still left with many questions about these young men. President Obama pledged to put the full weight of the federal government behind finding answers.

"I've instructed the FBI and the Department of Homeland Security and our intelligence community to continue to deploy all the necessary resources to support the investigation, to collect intelligence, and to protect our citizens," he said. "We will determine what happened. We will investigate any associations that these terrorists may have had. And we'll continue to do whatever we have to do to keep our people safe."

It's been a long week, and the events in Boston have in some ways overshadowed another tragedy -- the explosion that took the lives of at least 14 people in West, Texas and wounded more than 200. Before the President closed, he made sure to remind the people of that community that they hadn't been forgotten.

"Our thoughts, our prayers are with the people of West, Texas, where so many good people lost their lives; some lost their homes; many are injured; many are still missing," he said. "I've talked to Governor Perry and Mayor Muska and I've pledged that the people of West will have the resources that they need to recover and rebuild. And I want everybody in Texas to know that we will follow through with those commitments."