After our visit to the Martin Luther King School, we boarded a ferry to Goree Island, a small island off Senegal’s coast. For roughly three hundred years until the mid-1840s, countless men, women and children from Africa were kidnapped from their homes and communities and brought to this island to be sold as slaves.

On our tour of the island, we saw the dark, cramped cells where dozens of people were packed together for months on end, with heavy chains around their necks and arms.  We saw the courtyard where they were forced to stand naked while buyers examined them, negotiated a price, and bought them as if they were nothing but property. And we saw what is known as “The Door of No Return,” a small stone doorway through which these men, women and children passed on their way to massive wooden ships that carried them across the ocean to a life of slavery in the United States and elsewhere – a brutal journey known as the “Middle Passage”.

Many people lost their lives here on Goree Island; many more died during the Middle Passage. And it is difficult to fully describe the heartbreak and despair I felt standing at the site of such unthinkable cruelty and suffering. It was almost hard for me to breathe as I thought about the terror and grief these men, women and children must have felt as they took their last steps through that doorway, knowing they would never again see their families or their country.

There is no way to undo what happened here at Goree Island and no way to erase the stain of slavery from our nation’s past. But there is also no denying the course that history has taken since that time. Since then, we’ve seen so many brave men and women rise up against slavery and segregation – folks like Harriet Tubman who led an underground railroad to freedom; and William Wilberforce and Frederick Douglass who spent their lives speaking out against slavery; and Dr. Martin Luther King who sacrificed his life working to fulfill his dream of a more just, more free America.

People who came through this island could never have imagined how history would unfold. And they certainly could never have imagined that someone like me – a descendant of slaves – would come here with her own family, and look out through that door of no return.  And maybe, in the end, that is an argument for hope even in the face of the most unspeakable horrors, because time and again – both in America and around the world – we have seen that cruelty and oppression are no match for people of conscience who commit themselves to the cause of freedom. So I hope that in your own lives, instead of being overwhelmed by the tragedies of our past, you will take inspiration from the triumphs of history’s heroes – and I hope you will follow in their footsteps to create a better future. 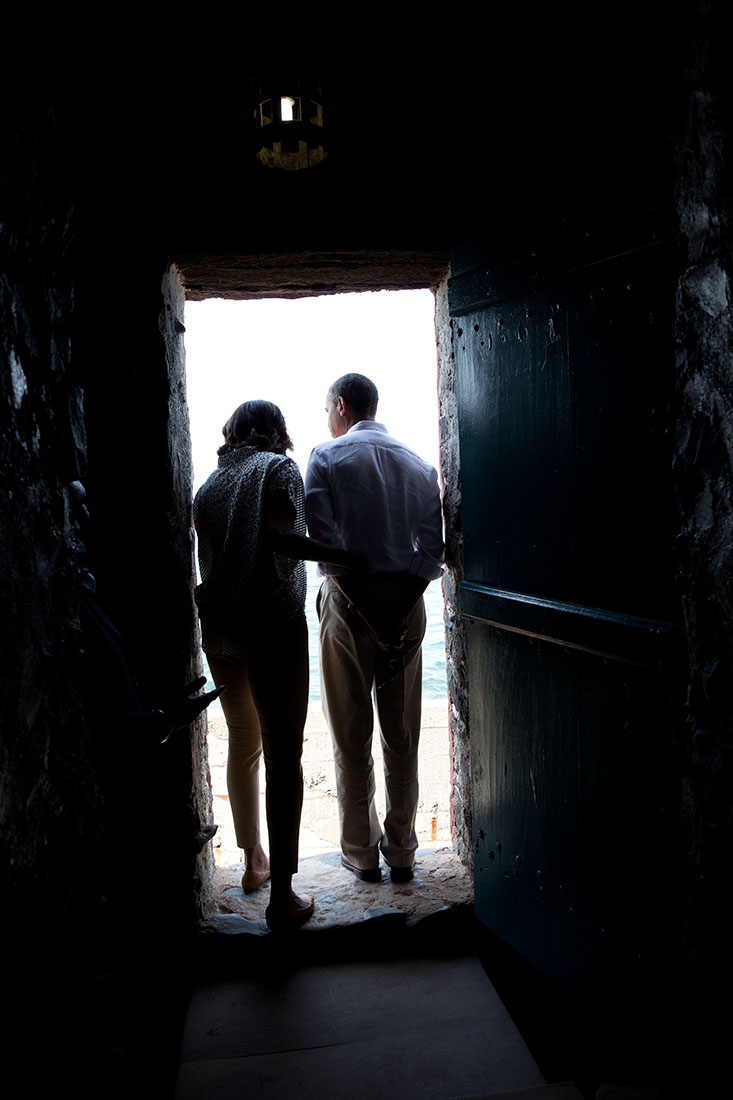