Vice President Biden Discusses the U.S. Economy While in India

July 24, 2013 at 4:30 PM ET by Jeff Prescott
Twitter Facebook Email
Summary:
Vice President Biden delivers remarks in Mumbai, India where he discussed how America’s partnership with India could improve the economies of both nations.

This morning, in advance of President Obama's major economic address, Vice President Biden delivered remarks in Mumbai, India where he discussed how America’s partnership with India could improve the economies of both nations.

The speech, at the Bombay Stock Exchange, was part of the administration’s effort to focus attention on the progress our economy has made in the past several years, and the work we must do going forward to build on that progress.

The Vice President began by speaking to the enduring strengths of the U.S. economy. "We are in the midst of the biggest increase in domestic manufacturing in nearly 20 years. The foundations of our economy are stronger than ever. The best research universities in the world and the most vibrant startups. The world’s most innovative companies. A hundred-year reserve of natural gas."

He noted that America’s interests at home were similar to India’s.

“Today…President Obama is going to be giving a major speech outlining the top priority for the Obama-Biden administration,” he explained. “And it’s straightforward and simple: how do we continue to shore up America’s future and the foundations of middle class life in America with good-paying jobs, affordable health care, housing, education, and the dignity of retirement?”

Similarly, he pointed out, “India’s top priority is to lift hundreds of millions of people out of poverty to join the middle class.” 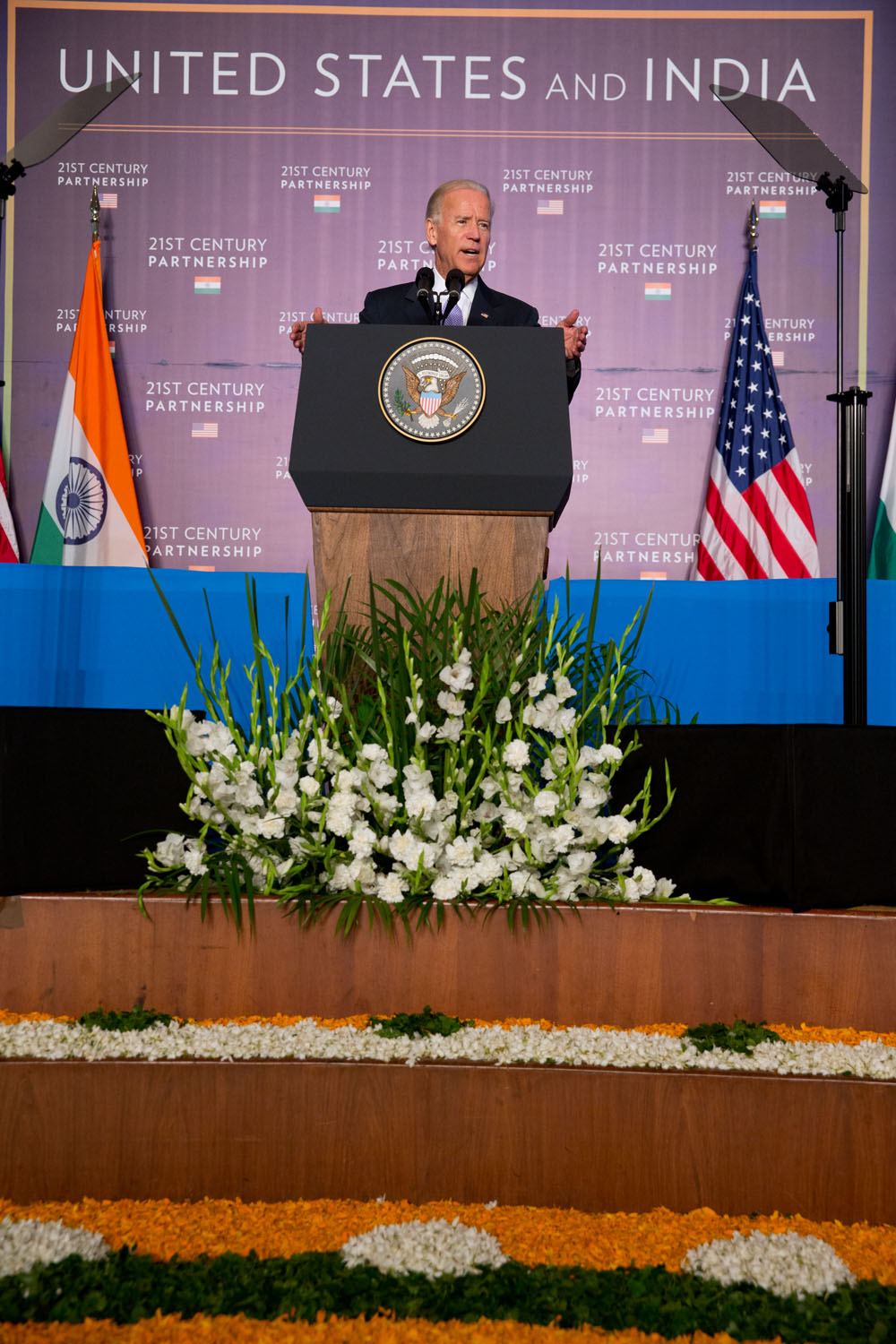 A key part of the Administration's efforts to build a stronger middle class involves enhancing trade and investment partnerships overseas so that American workers and businesses can find new opportunities and new markets. That includes the Trans-Pacific Partnership and the Transatlantic Trade and Investment Partnership -- new and ambitious trade negotiations spanning the Asia-Pacific basin and the North Atlantic, respectively. It also means deepening our economic relationships with dynamic emerging economies like India.

In that spirit, Vice President Biden asked that India “consider the historic opportunity that is in front of us. Imagine what our two countries can achieve together in this 21st century, not only for one another, but for economic stability of the region, as well as the world.”

He pointed out that India's removal of barriers to trade and investment could create jobs and opportunities in both countries, allowing American and Indian businesses to reach new markets and new consumers, while exporting their best products around the world.

The Vice President also called for the completion of a Bilateral Investment Treaty, which he explained “would give investors in both countries more certainty and predictability; fair treatment under a single, consistent set of rules for companies small and large, foreign and domestic.”

Like the President later in the day, Vice President Biden sounded an optimistic note, arguing that there was reason to be hopeful about the economic progress we can achieve. “I am absolutely confident in the future of this relationship. Not because I’m naïve… my confidence is based on the history of the journey of both our countries.”