In Case You Missed It: President Obama at Kansas City Ford Plant: Congress Needs to Do Its Job

September 24, 2013 at 12:03 PM ET by Lindsay Holst
Twitter Facebook Email
Summary:
President Obama delivers remarks at a suburban Kansas City, MO Ford Motor Co. stamping plant – a plant that recently had to bring on a shift of 900 workers to keep up with the demand for the new F-150. 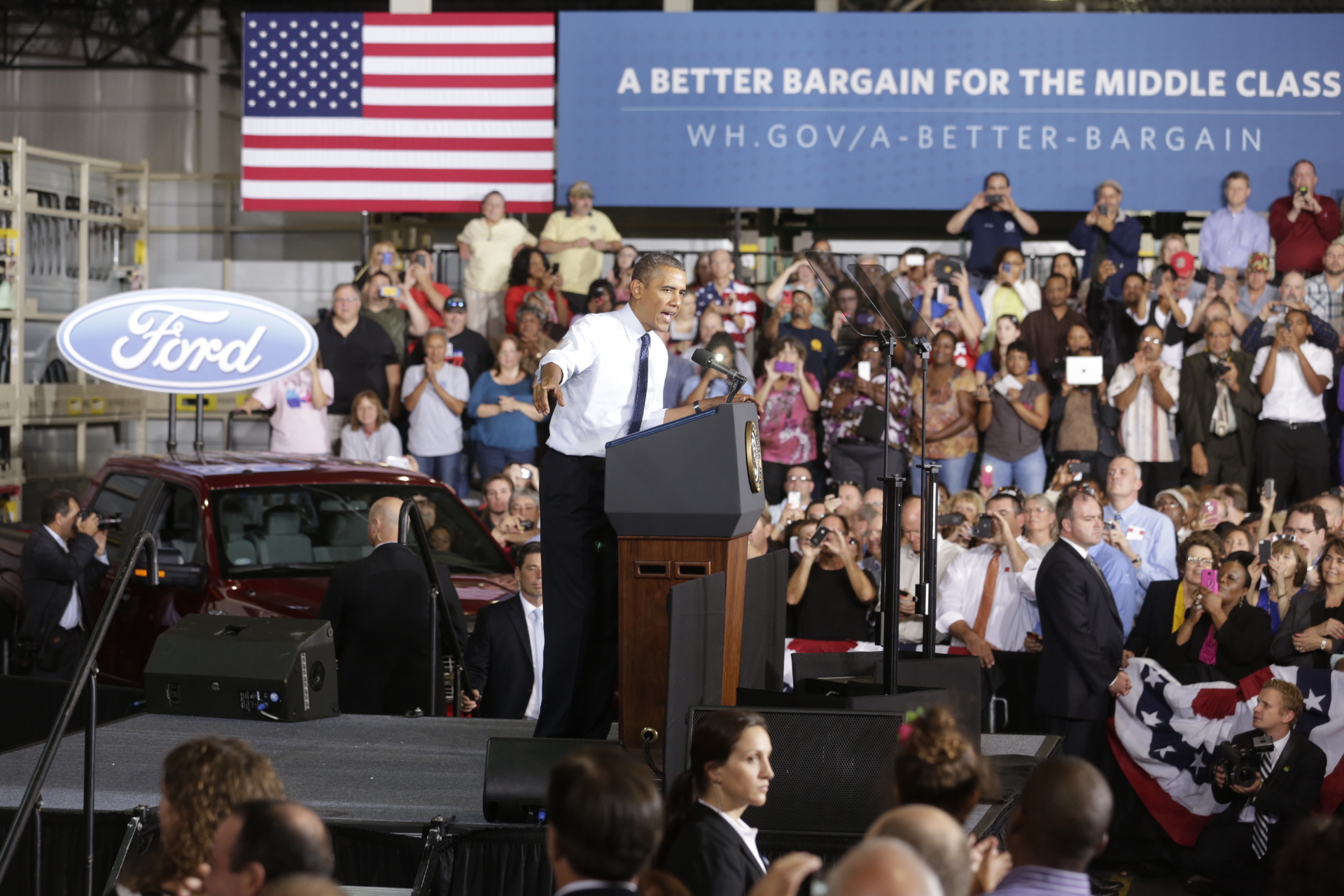 Last Friday, President Obama delivered remarks at a suburban Kansas City, MO Ford Motor Co. stamping plant – a plant that recently had to bring on a shift of 900 workers to keep up with the demand for the new F-150.

Five years ago, plants like the one near Kansas City were closing their doors. The auto industry was flat-lining, and GM and Chrysler were about to go bankrupt. “I refused to let that happen,” the President said. “So we worked with labor, we worked with management.  Everybody had to make some sacrifices. Everybody put some skin in the game. We bet on the American worker. We bet on you. And today, that bet has paid off because the American auto industry has come roaring back.” 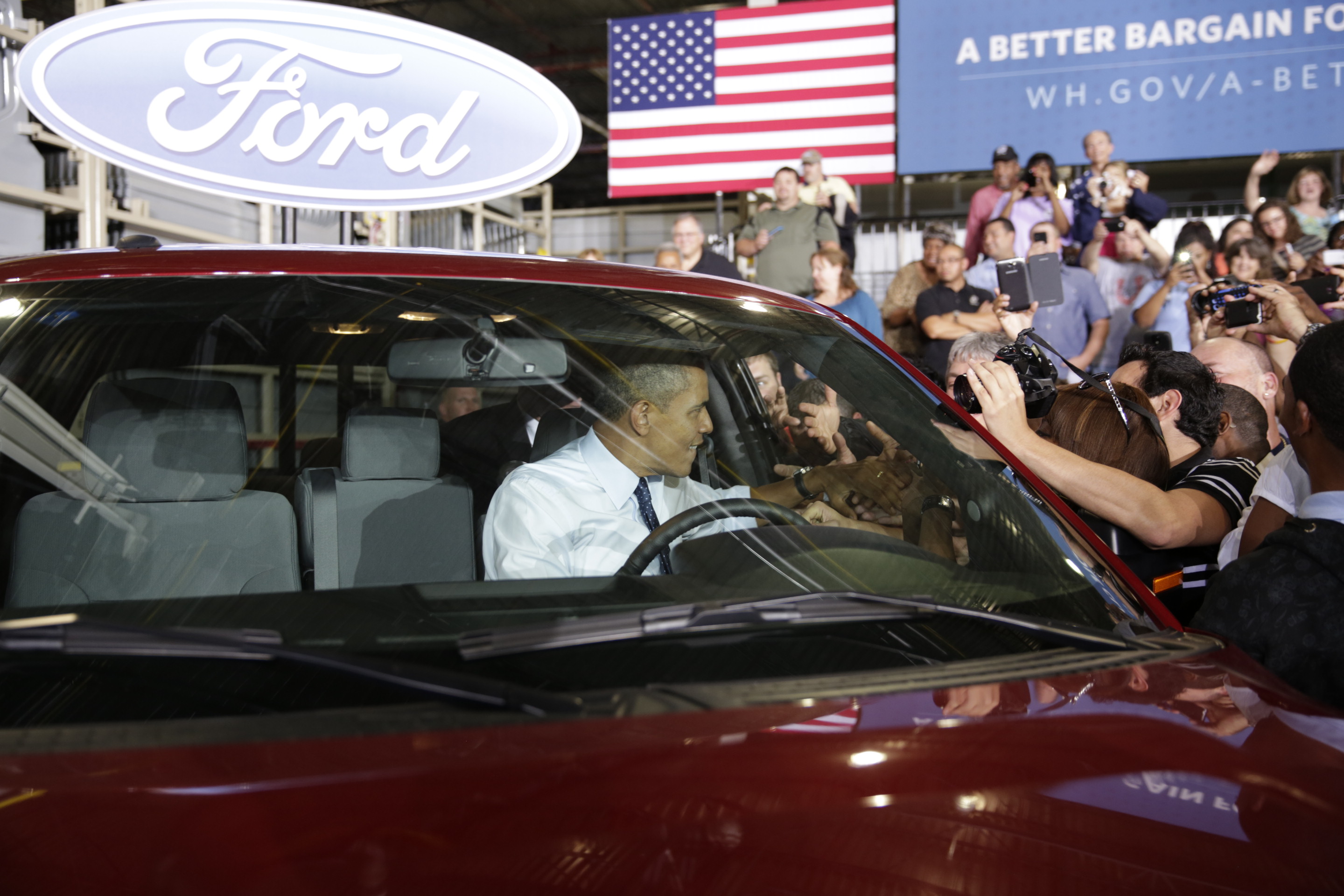 The President spoke just hours after the House passed a budget bill that would fund the government through mid-December while defunding Obamacare, a move that could leave 11 million Americans without health insurance.

With a potential government shutdown little more than a week away, the President outlined the current situation in Congress in stark terms:

Congress has to meet two deadlines, and they're coming up pretty quick. The first deadline:  The most basic constitutional duty Congress has is to pass a budget. That’s Congress 101. If they don’t pass a budget by September 30th -- what’s the date today? The 20th. All right, so if Congress doesn't pass a budget in 10 days, a week from Monday, the government will shut down.

A government shutdown shuts down many services that the American people rely on. This is not abstract. Hundreds of thousands of Americans will not be allowed to go to work. Our men and women in uniform, even those deployed overseas, won’t get their paychecks on time. Small businesses, they won’t get their loans processed. Now, none of that has to happen, as long as Congress passes a budget.

Number one -- passing a budget. Number two:  In the next few weeks, Congress must vote to allow the Department of the Treasury to pay America’s bills. Our Treasury Department, that’s where we take in money and we pay it, right? Real simple. This is usually done with a simple, routine vote to raise what’s called the debt ceiling. If you don’t raise the debt ceiling, America can't pay its bills.

Ford recently invested $1.1 billion in the stamping plant, which will be hiring an additional 1,100 workers to its assembly lines to build the Ford Transit. The President closed by commending the plants employees for their day-to-day hard work, even as Congress continued to stall on passing a clean budget. He called out Jordan, a third-generation Ford employee who works weekends at the Ford plant while pursuing a degree in business management during the week:

…every day, all over this country, there are men and women just like Jordan, just like her brother, they wake up, maybe pack a lunch for their kids, kiss them goodbye, go to work, live up to their responsibilities, do their jobs, pay their bills. Shouldn’t you expect the same thing from people in Washington?