November 1, 2013 at 3:00 PM ET by Stephen Pomper
Twitter Facebook Email
Summary:
Vice President Biden meets with the leaders of 20 disabilities and veterans advocacy groups at the White House to discuss the Disabilities Treaty, which will help ensure that Americans with disabilities enjoy the same opportunities as their fellow citizens to live, work, and travel overseas. 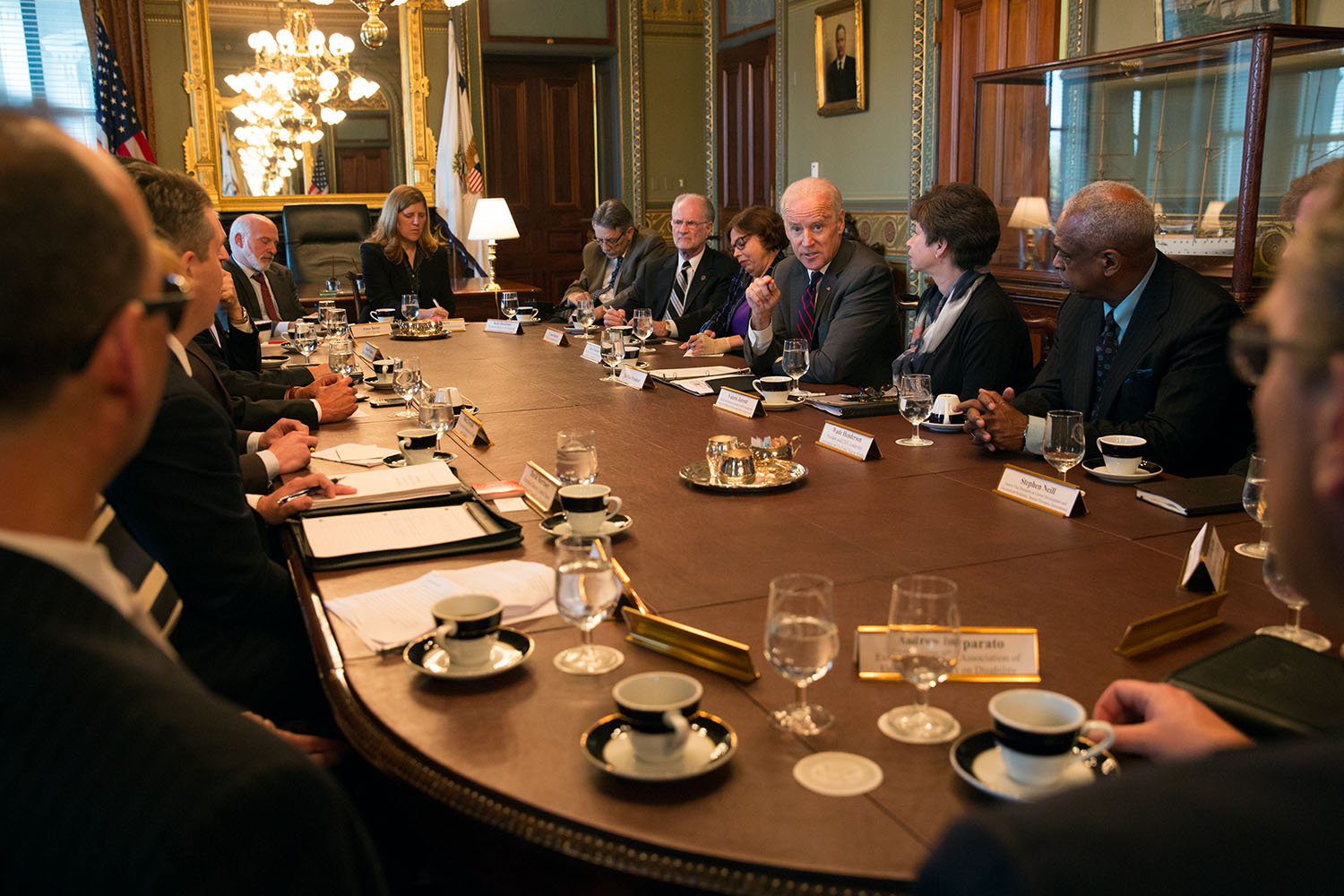 Today, Vice President Biden met with the leaders of 20 disabilities and veterans advocacy groups at the White House to discuss the Disabilities Treaty. In the coming weeks, the Senate Foreign Relations Committee will begin considering the Treaty, and the Vice President’s meeting served as an opportunity to explain the Administration’s strong support for ratification of this important Treaty and to discuss next steps in the ratification process. The Vice President was joined by Valerie Jarrett, Senior Advisor to the President, and Judith Heumann, the State Department’s Special Advisor for International Disability Rights.

The group met in the Vice President’s Ceremonial Office, where Vice President Biden discussed his longtime personal commitment to ensuring that Americans with disabilities enjoy the same opportunities as their fellow citizens to live, work, and travel overseas. He made the case that ratifying the Disabilities Treaty is important because many countries around the world don’t have the same high standards as the United States. In many countries, wheelchair ramps, sign language interpreters, service animals, and other accommodations are the exception, not the rule. That makes it more difficult, or even impossible, for people with disabilities – including our veterans and wounded warriors – to work, study, and travel abroad.

By ratifying the Disabilities Treaty and encouraging other countries to change that, the United States can carry forward its strong legacy of leadership on these issues, breaking down barriers, and making a real difference for those who have too often faced discrimination, inequality, abuse, or neglect.

In addition to discussing the Administration’s strong support for ratification of the Disabilities Treaty, the Vice President expressed his appreciation for the groups’ work as champions for the rights of people with disabilities. The Administration is committed to doing everything we can to ensure that all Americans – including those with disabilities – have the chance to live up to their fullest potential at home and abroad.

To learn more about the Disabilities Treaty, visit http://www.state.gov/disabilitiestreaty.