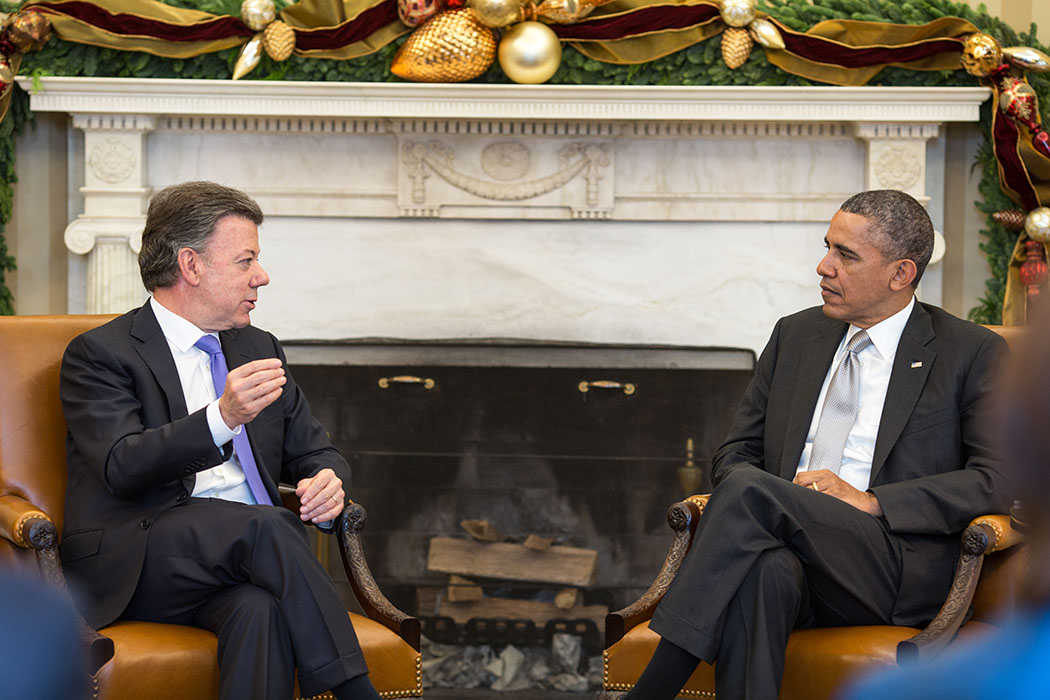 Colombia is a respected leader in the region. We are expanding our partnership far beyond security into new areas of mutual interest like commerce, energy access, regional infrastructure and economic integration. Thanks to the U.S.-Colombia Trade Promotion Agreement – a win-win for both countries - U.S. exports to Colombia are up nearly 20 percent, supporting thousands of American jobs and helping to achieve President Obama’s goal of doubling U.S. exports.

Colombia is an example of the profound transformations underway in Latin America. Elections that once were exceptions are now largely the norm. Some of the world’s fastest growing economies are in Latin America and across the region. Tens of millions of people have escaped poverty and entered the middle class. This represents an incredible opportunity for a new era of relations between the United States and the Americas.

The remarkable progress in Colombia, once unthinkable, is a testament to the extraordinary courage and sacrifices of the Colombian security forces and the Colombian people. The President witnessed this progress during last year’s visit to the Summit of the Americas in Cartagena: Colombia now enjoys a new level of security, a dynamic economy, and stronger democratic institutions. 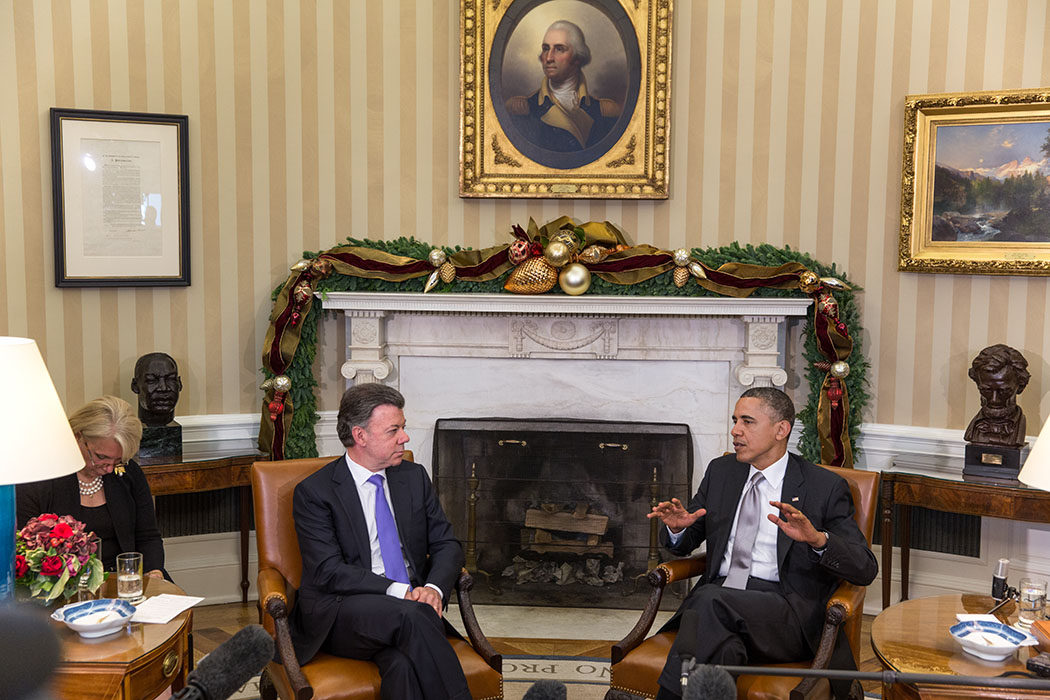 I congratulated President Santos on his bold and brave efforts to bring about a lasting and just peace inside of Colombia in his negotiations with the FARC. Obviously, this has been a longstanding conflict within Colombia. It is not easy; there are many challenges ahead. But the fact that he has taken this step I think is right, because it sends a signal to the people of Colombia that it is possible to unleash the enormous potential if we can move beyond this conflict. But obviously, there are going to be some very challenging questions moving forward. I’m pleased to see the President’s strong commitment on that front. The United States is supportive of those efforts.

Today’s visit is also a nod to the strong partnership and important role that Colombian-Americans like me, are playing as a growing sector of the Hispanic community in the United States. In recognition of the contributions of Colombian immigrants to the vitality and strength of the nation, the White House has engaged the Colombian-American community by hosting briefings with community leaders here at the White House on the Free Trade Agreement, the economy, health reform and the President’s push for commonsense immigration reform.

As Colombia forges its future, it continues to have a strong partner in the United States. The United States will continue to stand with Colombia should to shoulder as Colombians show the courage and resolve needed to build a future of peace and greater prosperity.

For more information, read the fact sheet on the strategic partnership between the United States and Colombia.