The Economic Case for Raising the Minimum Wage

February 12, 2014 at 11:57 AM ET by Jason Furman and Betsey Stevenson
Twitter Facebook Email
Summary:
President Obama is signing an Executive Order to raise the minimum wage for federal contractors to $10.10 an hour. This step is a smart business decision for the government, and will also give a boost to hardworking Americans struggling to make ends meet. 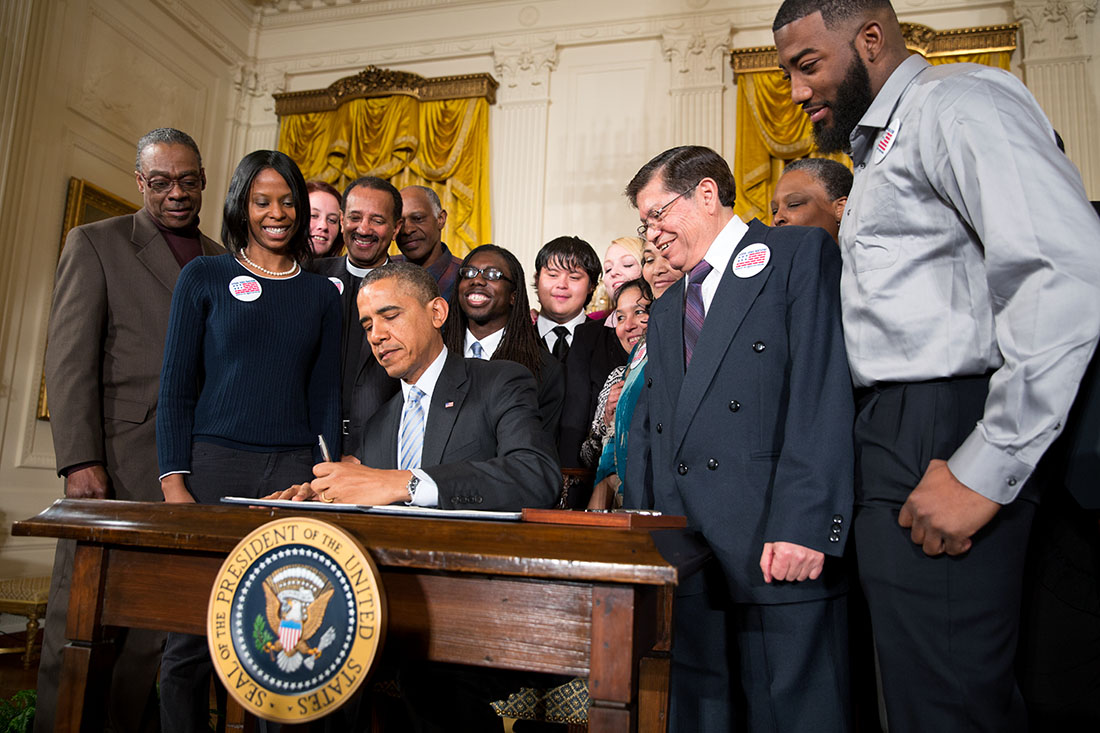 President Barack Obama delivers remarks on the importance of raising the federal minimum wage for all workers, during an event in the in the East Room of the White House, Feb. 12, 2014. (Official White House Photo by Chuck Kennedy)

In his 2014 State of the Union address, President Obama announced his intention to move forward using his own authority and raise the minimum wage for workers on new and replacement Federal service contracts to $10.10 an hour. As the President said, “If you cook our troops’ meals or wash their dishes, you shouldn’t have to live in poverty.” Today, the President will sign an Executive Order making this vision a reality.

This step is a smart business decision for the government because it will make Federal procurement more economical and efficient. An extensive body of research suggests that giving a raise to lower-income workers reduces turnover and raises morale, and can thus lower costs and improve productivity. In addition, firms that already pay a decent wage and realize these kinds of efficiencies should not have to radically alter their bids to comply with the Executive Order. This means the new rule can allow Federal agencies to select from a higher-quality group of bidders without a marked increase in costs—a fact that is borne out by empirical studies of municipal government contracts.

This Executive Order will also give a boost to hardworking Americans struggling to make ends meet, and the President still believes that Congress should act to do the same for millions more.

A presentation prepared by the Council of Economic Advisers, “The Economic Case for Raising the Minimum Wage,” can be viewed below.

The Economic Case for Raising the Minimum Wage from White House

The inflation-adjusted value of the minimum wage has fallen by more than a third from its peak and is currently about twenty percent less than it was when President Ronald Reagan first took office in 1981. The minimum wage helps support family incomes, reducing inequality and poverty—especially for female earners. But as the real value of the minimum wage been allowed to erode, it has stopped serving this important purpose. The minimum wage is now just 36 percent of the average wage and trending lower, as those at the low end of the income distribution are in increasing danger of being left behind while the economic recovery continues to unfold.

Raising the minimum wage to $10.10 per hour would benefit a wide range of families. New estimates from the Council of Economic Advisers find that when it is fully phased in 28 million workers would see a raise, including 19 million making less than $10.10 and another 8 million with wages just above $10.10 who would benefit from the ripple effect. These wages increases would be progressive with nearly half of the benefits going to households making under $35,000, but they would also benefit millions of middle class families, for example ones in which a spouse worked part-time at the minimum wage to help the family’s overall income. In total more than half of the workers that benefit are women. Only 12 percent of minimum wage beneficiaries are teenagers and the remainder of the beneficiaries include a wide cross section of families with children, couples, and others.

Partly as a result of the more than one-third reduction in the inflation-adjusted minimum wage since 1967, research has found that the poverty rate based only on market incomes has not fallen since the 1960s. Fortunately, as discussed in this recent Council of Economic Advisers report, expansions in rewards for work like the Earned Income Tax Credit and in programs like the Supplemental Nutrition Assistance Program have contributed to a significant reduction in the poverty rate. Thus, while it is critically important to support these programs—including extending emergency unemployment insurance, ensuring robust nutritional assistance, and making permanent the enhancements to the Earned Income Tax Credit and child tax credit—we also need a renewed emphasis on measures that reduce poverty by improving market wages.  Raising the minimum wage is the most direct and immediate policy in this regard.

Finally, as one recent review of minimum wage research published since 2000 concluded, “The weight of that evidence points to little or no employment response to modest increases in the minimum wage.” Many economists now believe that a substantial portion of the cost to employers of minimum wage increases is offset by savings from reduced employee turnover and higher worker productivity. Moreover, in the short-run in an economy that is still demand-constrained, raising the minimum wage will increase the purchasing power of a vital segment of workers and contribute to stronger overall economic activity.