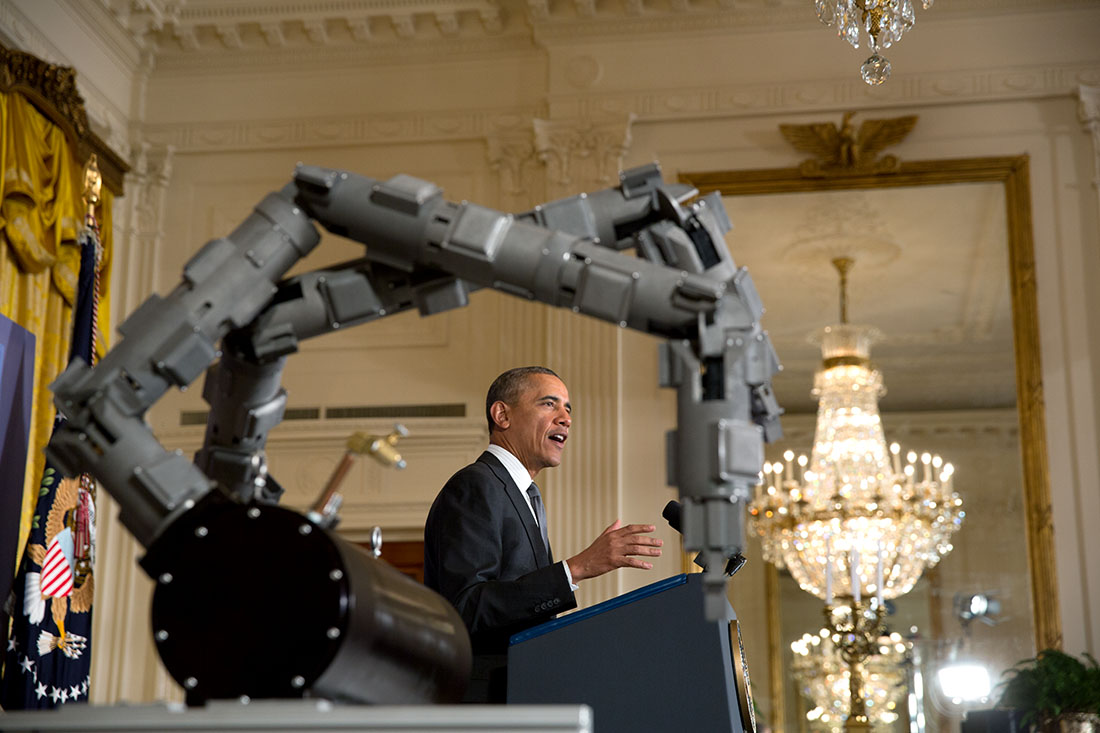 Today President Obama announced two new public-private manufacturing innovation institutes – one in Chicago and one in the Detroit area -- as well as a competition for the first of four additional institutes that will will boost advanced manufacturing in the United States and attract the types of high-quality jobs that a growing middle class requires.

"For generations of Americans, manufacturing was the ticket to a good, middle-class life. The stuff we made – like steel and cars and planes – is what made America what it is," President Obama said. "But advances in technology allowed manufacturers to do more with less, and global competition meant a lot of good manufacturing jobs went overseas."

Today, our manufacturing industry is adding jobs -- more than 620,000 over the last four years. "But the economy has changed," President Obama said. "And if we want to attract more good manufacturing jobs to America, we’ve got to make sure we’re on the cutting edge of new manufacturing techniques and technologies."

That’s what these new hubs are all about. They’re partnerships – they bring together companies and universities to develop cutting-edge technology, train workers to use that technology, and make sure research is turned into real-world products made by American workers.

Each institute serves as a regional hub, bridging the gap between applied research and product development by bringing together companies, universities and other academic and training institutions, and federal agencies to co-invest in key technology areas that encourage investment and production in the United States.

This type of “teaching factory” provides a unique opportunity for education and training of students and workers at all levels, while providing the shared assets to help companies, most importantly small manufacturers, access the capabilities and equipment to design, test, and pilot new products and manufacturing processes. 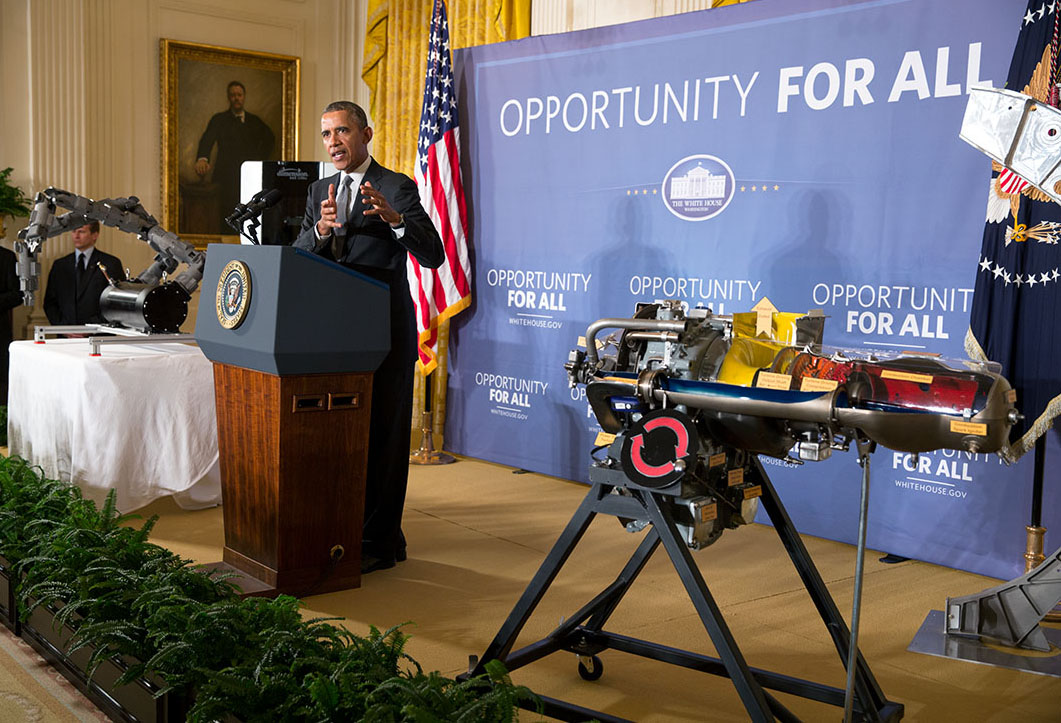 Learn more about the new institutes below.

Headquartered in the Detroit area, the LM3I Institute pairs the world’s leading aluminum, titanium, and high strength steel manufacturers with universities and laboratories pioneering new technology development and research.  The institute will focus on expanding the market for and create new consumers of products and systems that utilize new, lightweight, high‑performing metals and alloys by removing technological barriers to their manufacture.

Autoworkers in Detroit are already using advanced, lightweight metals to build new cars that use less gas -- just one example of what these materials can do, as President Obama explained.

They can help us build lighter armored vehicles for our troops; planes and helicopters that can carry bigger payloads; wind turbines that generate more power at less cost; prosthetic limbs that help people walk again who never thought they could.  We believe there’s going to be incredible demand for these metals, both from the military and the private sector, and we want them to be made right here in America.  We want our workers to have those jobs.

“The country that gets new products to market faster and at less cost, they’ll win the race for the good jobs of tomorrow,” President Obama said. “And we want that country that is specialized in this to be us, the United States of America.”

We want suppliers to be able to collaborate with customers in real-time, test their parts digitally, cut down on the time and money that they spend producing expensive prototypes.  We want our manufacturers to be able to custom-design products tailored to each individual consumer.  We want our troops to be able to download digital blueprints they can use to 3-D print new parts and repair equipment right there in the field.  And these are all ambitious goals, but this is America -- that’s what we do, we’re ambitious.  We don’t make small planes.

President Obama also announced a new competition for an Advanced Composites Manufacturing Innovation Institute to improve our ability to manufacture materials that increase the energy efficiency of our cars, planes, windmills, and other products. This new competition is the first of the four the President will launch this year, building on his pledge in this year’s State of the Union and hitting the halfway point on his initial goal of creating 15 Manufacturing Innovation Institutes.

In May 2013, the Administration launched competitions for the three institutes with a Federal commitment of $200 million across five agencies – the Departments of Defense, Energy, Commerce, NASA, and the National Science Foundation, building off the success of a pilot institute headquartered in Youngstown, Ohio. In January 2014, the first of these three institutes was announced, the new Department of Energy-led Next Generation Power Electronics Manufacturing Innovation Institute in Raleigh, N.C.