This afternoon, President Obama traveled to Orlando to talk about improving economic opportunity for America's women and working families.

Speaking at Valencia College, where more than half of the students (56 percent) are women, the President explained that women face "particular challenges" in our economy:

Women make up about half of our workforce. ... In fact, for more than two decades, women have earned over half of the higher education degrees awarded in this country. So that means soon, for the first time, America’s highly educated workforce will be made up of more women than men.

But the thing is, our economy hasn’t caught up to that reality yet. So we’ve got too many women who work hard to support themselves and their families, including the 20 percent of women enrolled in college who are trying to raise kids while earning a degree, and they’re facing unfair choices or outdated workplace policies that are holding them back. That has to change — because it holds all of us back.

President Obama made clear that we need "a women's economic agenda that grows our economy for everybody," and that starts with ensuring that America's women get equal pay for equal work. On average, women today earn just 77 cents for every dollar that a man earns. "And that's wrong," the President said. "This isn't 1958, it's 2014." 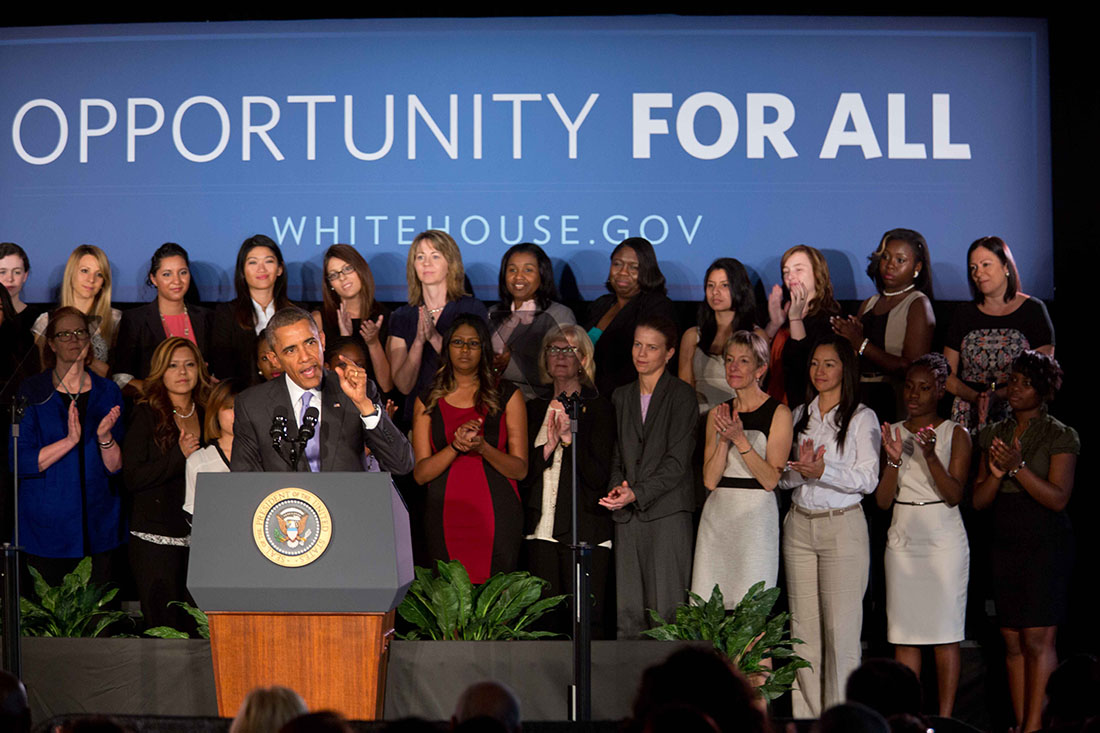 The President added that the Administration will host a series of roundtable discussions across the country to hear stories about issues such as workplace flexibility and leadership opportunities for women, leading up to this summer's White House Summit on Working Families.

He ended his remarks by discussing how the Affordable Care Act — which turns 4 years old on Sunday — is benefiting millions of American women. The law prohibits insurers from charging women more than men for coverage simply for being women, and has given tens of millions of women access to free preventive care like mammograms and contraceptives, in addition to numerous other benefits.

If you don't have health insurance yet, visit HealthCare.gov and sign up today — the deadline for getting enrolled in coverage for 2014 is March 31.