March 25, 2014 at 12:18 PM ET by Dr. Howard Koh
Twitter Facebook Email
Summary:
The White House Initiative on Asian Americans and Pacific Islanders (WHIAAPI), the White House Office of Public Engagement, and the U.S. Department of Health and Human Services (HHS), along with many passionate community leaders, enrolled members of the AAPI community during the AAPI Enrollment Week of Action last week.

For the past eight years, Maly Xiong, a Hmong-American entrepreneur and single mom, was uninsured because she could not afford health insurance. Every night she prayed that her children wouldn’t get sick because they did not have health insurance. Thanks to the Affordable Care Act, Maly was able to finally sign up for health insurance. Maly and her six children are now insured, healthy, and free from worry. “Getting covered has been a blessing,” she said. 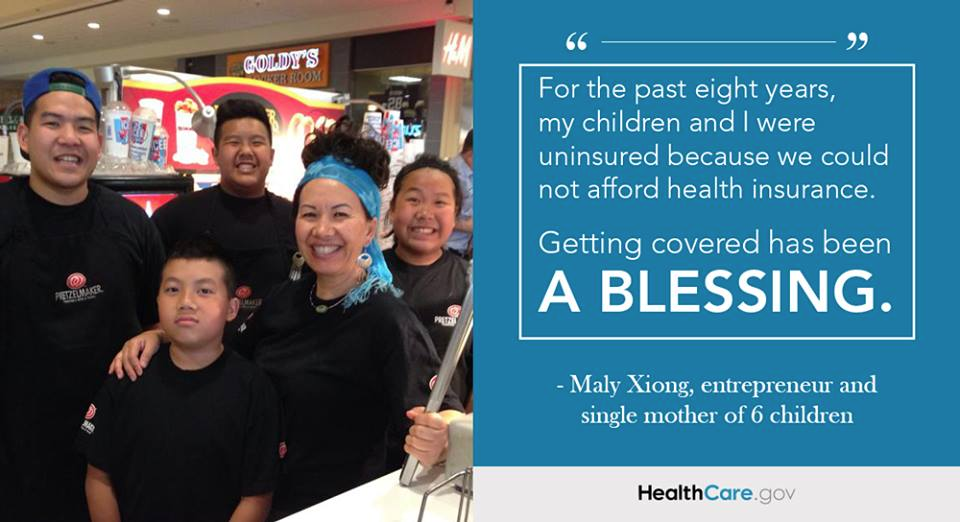 This is exactly what the White House Initiative on Asian Americans and Pacific Islanders (WHIAAPI), the White House Office of Public Engagement, and the U.S. Department of Health and Human Services (HHS), along with many passionate community leaders, did during the AAPI Enrollment Week of Action last week. Through collaboration between federal agencies and AAPI community leaders, the message was clear: #GetCovered.

Kicking off the week, HHS released a report that announced eight out of 10 uninsured Asian Americans, Native Hawaiians, and Pacific Islanders may be eligible for financial assistance in the Health Insurance Marketplace. The White House also released a new infographic about AAPIs and the ACA: 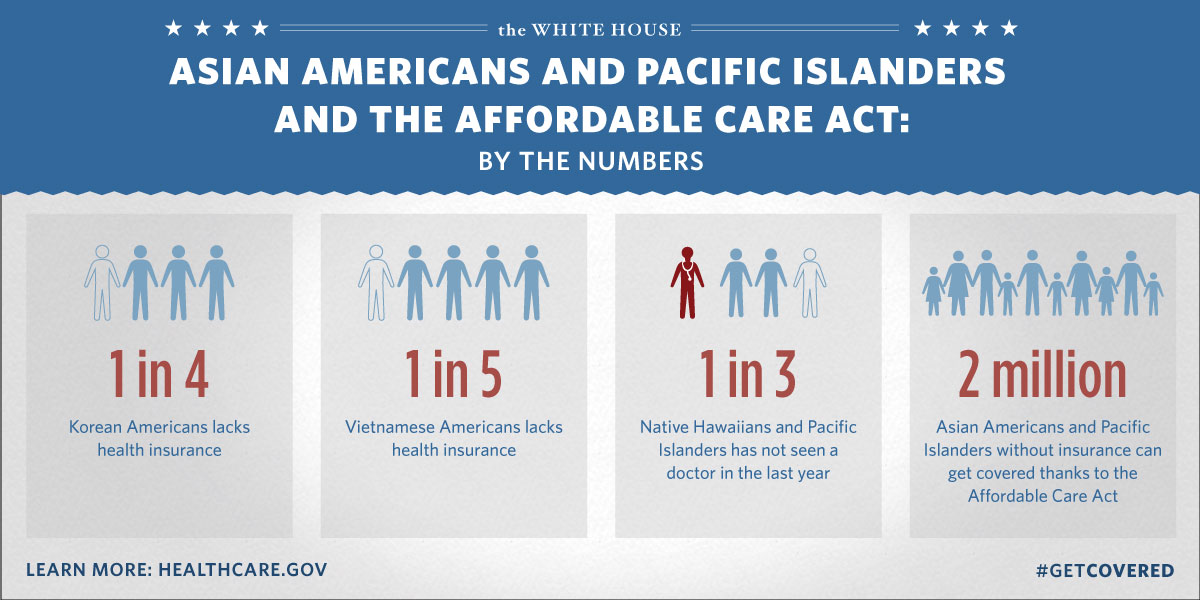 During the week, I was honored to participate in a community conference call with Vice President Joe Biden to personally thank the many Asian American, Native Hawaiian, and Pacific Islanders leaders from national, state, and local community organizations who are working hard to educate the AAPI community about the importance of the ACA.

I was also excited to participate in a Google+ Hangout with actor Maulik Pancholy; Meena Seshamani, Deputy Director of the HHS Office of Health Reform; and Gautam Raghavan, Advisor for the White House Office on Public Engagement. We highlighted the important benefits of signing up for the Health Insurance Marketplace:

During AAPI Enrollment Week of Action, we re-released the White House Initiative on Asian American and Pacific Islanders’ series of in-language Google+ Hangouts on the Affordable Care Act. This series included Google+ Hangouts in Korean, Vietnamese, and Chinese (Mandarin).

And people across the country, including celebrities and community leaders, helped get the word out both on the ground and online.

Knock knock. Who's there? Obama. Obama who? Obama self! #GetCovered to Live Long and Prosper. Visit http://t.co/tx8jiZx2E5 by March 31.

12 more days to sign up for health insurance thru the #AffordableCare act! #GetCovered #AAPI @WhiteHouseAAPI pic.twitter.com/GgQWLmqGCS

Community organizations in Georgia, Illinois, Minnesota, and New York hosted enrollment events to walk individuals through the process of signing up for health coverage. For example, in Atlanta, Georgia, the Center for Pan Asian Community Services held an AAPI Enrollment Summit with over 40 assistors who spoke 16 languages available to provide in-person and in-language enrollment assistance for local community members.

I would like to thank every individual who has helped with outreach and enrollment efforts in your neighborhoods and communities. Our simple actions are part of a larger movement for the overall health and well-being of the AAPI community.

With only a few days left of open enrollment, please continue to direct members of the community to HealthCare.gov and to the 24/7 call center, available in over 150 languages, at 1-800-318-2596.

Dr. Howard K. Koh is Assistant Secretary for Health at the U.S. Department of Health and Human Services.