Wrap Up: President Obama's Second Day in the Netherlands

March 25, 2014 at 5:53 PM ET by Megan Slack
Twitter Facebook Email
Summary:
President Obama finishes the second and final day of his stay in the Netherlands, the first stop on a five-country trip to Europe and Saudi Arabia.

Today, President Obama wrapped up the second and final day of his stay in the Netherlands, the first stop on a five-country trip to Europe and Saudi Arabia.

In the morning, President Obama met with President Nursultan Nazarbayev of Kazakhstan. See a joint statement from the United States and Kazakhstan on their shared commitment to nonproliferation and nuclear security, or a fact sheet on their cooperation around these issues. 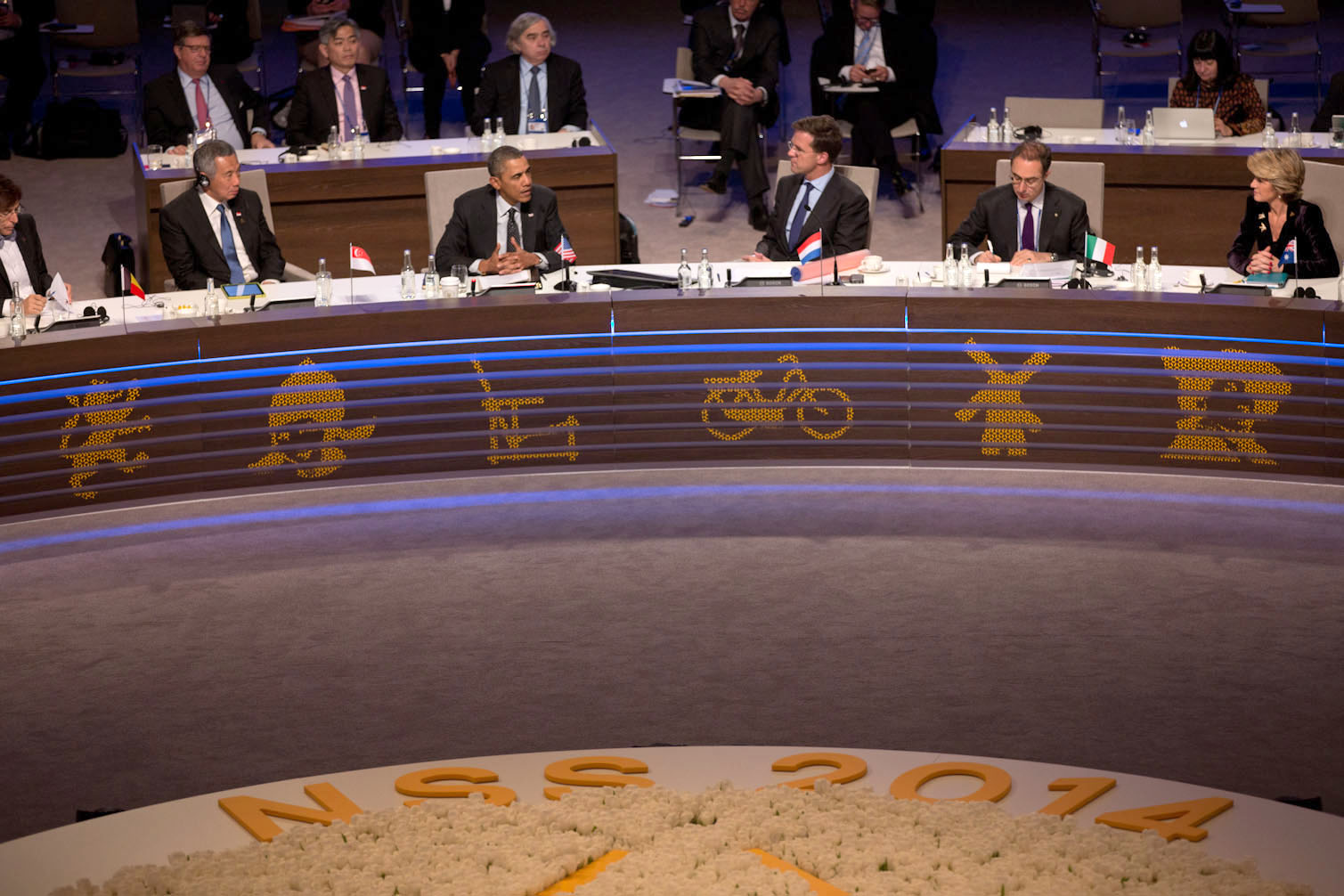 President Barack Obama participates in a third plenary session during the 2014 Nuclear Security Summit at the World Forum, The Hague, the Netherlands, March 25, 2014. (Official White House Photo by Lawrence Jackson)

Following their meeting, President Obama participated in the second day of the Nuclear Security Summit. In a press conference following the closing session of the summit, President Obama thanked Prime Minister Rutte and the people of the Netherlands who organized and led the event.

“I convened the first Nuclear Security Summit in Washington four years ago because I believed that we need a serious and sustained global effort to deal with one of the greatest threats to international security -- and that’s the specter of nuclear terrorism,” President Obama said. “We made further progress at our second summit in Seoul. And under your Prime Minister’s stewardship, we’ve built on that progress here.”

Twelve countries and two dozen nuclear facilities around the world have now rid themselves entirely of highly enriched uranium and plutonium.  Dozens of nations have boosted security at their nuclear storage sites, or built their own counter-smuggling teams, or created new centers to improve nuclear security and training. The International Atomic Energy Agency, or the IAEA, is now stronger and more countries have ratified the treaties and international partnerships at the heart of our efforts.  So we've seen a fundamental shift in our approach to nuclear security.

“We still have a lot more work to do to fulfill the ambitious goals we set four years ago to fully secure all nuclear and radiological material, civilian and military, so that it can no longer pose a risk to any of our citizens,” President Obama said. “I believe this is essential to the security of the entire world, and given the catastrophic consequences of even a single attack, we cannot be complacent.”

Read President Obama’s remarks at the closing session of the Nuclear Security Summit, or remarks from his joint press conference with Prime Minister Rutte of the Netherlands.

In the evening, the President held a series of meetings with other world leaders. In a meeting with the Crown Prince of Abu Dhabi, Mohammed Bin Zayed Al Nahyan of the United Arab Emirates, President Obama discussed the United States’ commitment to Gulf security and our efforts to support the opposition in Syria, and provided an updated on ongoing nuclear negotiations with Iran and the Middle East peace negotiations.

Later, President Obama met with President Park of the Republic of Korea and Prime Minister Abe of Japan.

“Japan and the Republic of Korea are two of our closest allies in the world and our two most significant and powerful allies in the Asia Pacific region,” President Obama said in a statement before their meeting.

One of the things that brings us together today is our shared concern about North Korea and its nuclear weapons program. Over the last five years, close coordination between our three countries has succeeded in changing the game with North Korea, and our trilateral cooperation has sent a strong signal to Pyongyang that its provocations and threats will be met with a unified response and that the U.S. commitment to the security of both Japan and the Republic of Korea is unwavering, and that a nuclear North Korea is unacceptable.

“I very much look forward to discussing some of the specific steps that we can take to deepen that coordination in terms of both diplomacy and military cooperation,” President Obama said.

Read his remarks following the meeting.