April 3, 2014 at 9:26 AM ET by David Hudson
Twitter Facebook Email
Summary:
President Obama delivers remarks at the University of Michigan on increasing the national minimum wage.

Yesterday afternoon at the University of Michigan, President Obama explained the critical importance of raising the national minimum wage.

"Raising the minimum wage is not going to solve all of our economic challenges," the President said in his remarks. "But here's one thing we do believe: Nobody who works full-time should be raising their family in poverty, right? If you're working, if you're responsible, you should be able to pay the rent, pay the bills."

Yet millions of working Americans currently can't afford those basics. "All across the country," he said, "you can work full-time on the minimum wage and still be in poverty."

President Obama made clear, however, that actions taken by businesses and even by the President can't reach everyone — so Congress needs to "get on board."

"Right now," he said, "there is a bill before Congress that would boost America's minimum wage to $10.10 an hour." He explained that the bill would not only help minimum-wage workers, but would also lift wages for nearly 28 million Americans.

The problem, he said, is that "Republicans in Congress don't want to vote to raise [the minimum wage] at all. In fact, some want to just scrap the minimum wage." 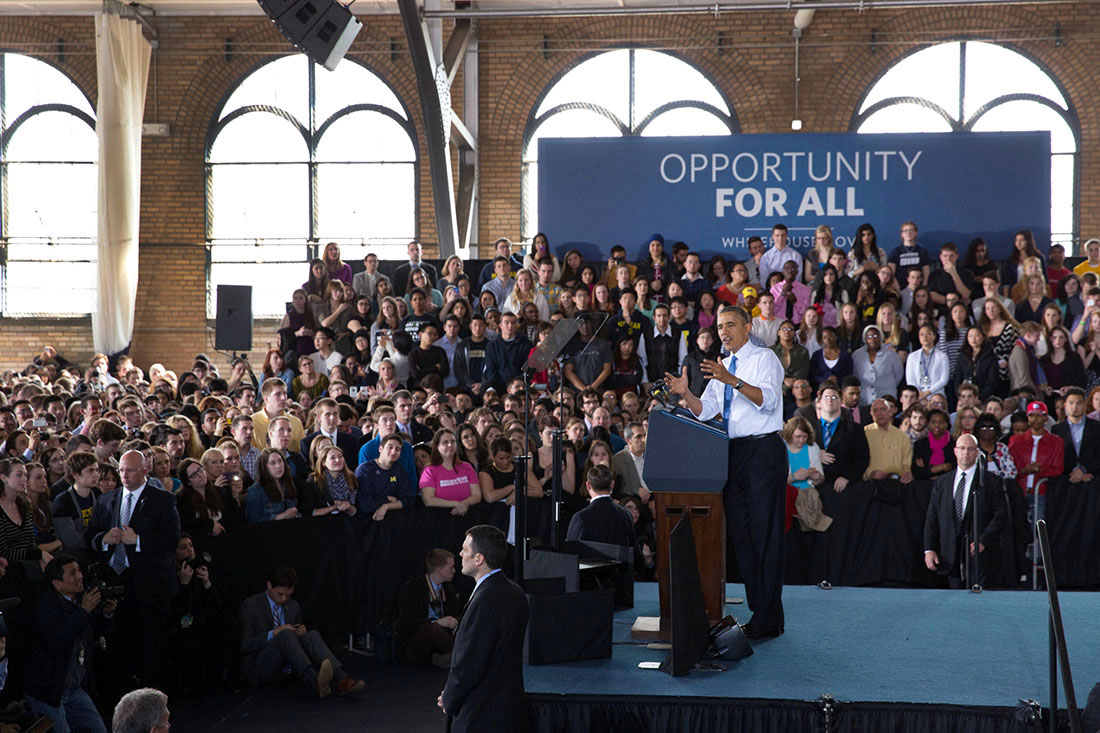 He added that some congressional Republicans don't support raising the wage because they think it would only help young people, but quickly debunked that myth.

"I don't know what's wrong with helping young people," he said. "But the fact is, most people who would benefit from a higher minimum wage are not teenagers taking on their first job. The average age of folks getting paid the minimum wage is 35. A majority of lower-wage jobs are held by women. Many of them work full-time, often to support a family."

Underlying the President's remarks was the principle of opportunity for all, and ensuring that everyone in America has an equal chance:

There are always going to be folks who do critical work, who bust their tails every day — airport workers, restaurant workers, hospital workers, retail salespeople — who deserve an honest day's pay for an honest day's work. They're doing necessary jobs. They should be able to make a living. 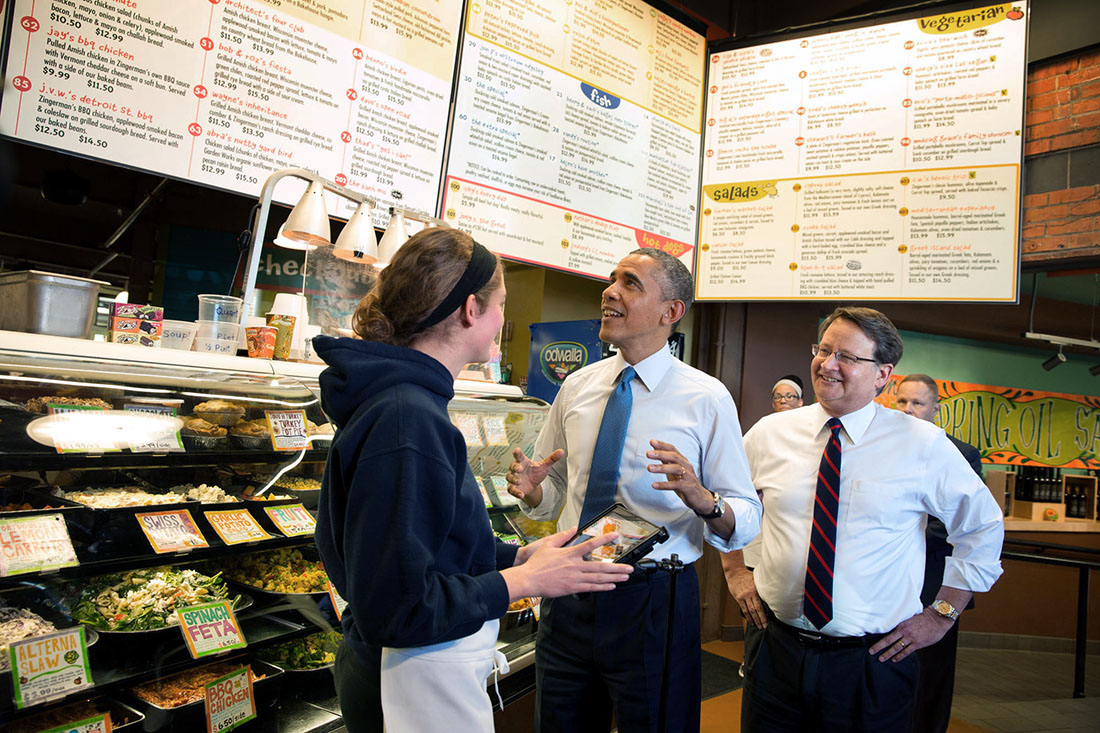 Before his remarks, President Obama also stopped by Zingerman's Delicatessen in downtown Ann Arbor, and ordered a Reuben sandwich — a Zingerman's specialty. He was joined by Congressman Gary Peters, the U.S. Representative for Michigan's 14th congressional district.

"I stopped for two reasons," the President said. "The first is, the Reuben is killer. ... The second reason, though, is Zingerman's is a business that treats its workers well, and rewards honest work with honest wages. And that's worth celebrating."