May 12, 2014 at 3:32 PM ET by Doug Rand and Stephanie Santoso
Twitter Facebook Email
Summary:
Today U.S. Small Business Administration (SBA) Administrator Maria Contreras-Sweet kicked off National Small Business Week by launching a $2.5 million competition for startup accelerators and other entrepreneurial ecosystem models to compete for monetary prizes of $50,000 each to fund their operating budgets. To award the prizes, an expert panel of judges will consider each applicant’s stated mission, founding team members, and business goals among other core components.

The Obama Administration is laser-focused on continuing to grow jobs and new industries here in the United States, and one of the best ways to do that is by unleashing the talent and tenacity of America’s small businesses and entrepreneurs.  That’s why the White House launched the Startup America initiative to celebrate, inspire, and accelerate high-growth entrepreneurship throughout the Nation.  Over the past three years, this “all hands on deck” initiative has expanded entrepreneurs’ access to capital, accelerated research breakthroughs from the lab to the marketplace, and rallied private-sector partners to strengthen startup communities all across the country.

Building on these efforts, today U.S. Small Business Administration (SBA) Administrator Maria Contreras-Sweet kicked off National Small Business Week by launching a $2.5 million competition for startup accelerators and other entrepreneurial ecosystem models to compete for monetary prizes of $50,000 each to fund their operating budgets. To award the prizes, an expert panel of judges will consider each applicant’s stated mission, founding team members, and business goals among other core components. Through this competition, SBA will support development of accelerators and startups, particularly in parts of the country where there are fewer conventional sources of access to capital. In addition, SBA is seeking out accelerators that are run by and support women or other underrepresented groups.  Finally, SBA will give special consideration to accelerator models that support manufacturing.  The contest application is available here, and is open until August 2, 2014.

In honor of the President’s Proclamation of National Small Business Week, we recently caught up with several entrepreneurs who have benefitted from programs associated with the Startup America initiative, including winners of competitions sponsored by the Department of Energy to showcase student-led clean energy innovations.  We asked them to tell us why the Startup America initiative is important and what advice they have for other aspiring entrepreneurs and innovators. 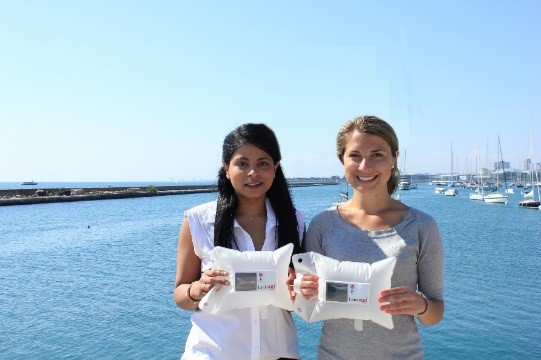 In April 2013, LuminAID won $100,000 at the Clean Energy Trust Clean Energy Challenge, taking the top honors in the Early-Venture track.  Anna Stork and Andrea Sreshta met while studying architecture and design in graduate school. They shared an interest in solar lighting technology and a common belief that design and design thinking can be used to solve problems at a global scale, including improving access to basic resources such as lighting and power. LuminAID Lab develops innovative, solar-powered products for lighting and power. The company’s first product is the LuminAID light, which was initially supported by a successful crowdfunding campaign. The LuminAID light is a solar-powered, inflatable lamp that packs flat and inflates to create a lightweight, waterproof lantern suitable for outdoor recreation and emergency situations. They invented the product after seeing a need for sustainable lighting on the ground after the earthquake in Haiti in 2010.

Why is Startup America important?

“The Startup America initiative is important because it helps small businesses like ours find new channels for accessing capital—such as competitions like the Clean Energy Challenge—which is an important component of growth for a business like ours where operations have to grow along with production, and the capital required to scale production to meet demand is high. The initiative is also important because it provides access to mentorship. Much of the best advice we have received was from other small business owners who have scaled up their own, similar businesses successfully. Finding and having access to these examples is important for any new business owner.”

What advice would you give to aspiring innovators?

“Once you have a business idea or model, it is important to test it quickly through channels such as crowdfunding and business plan competitions. Outlets like these will solicit early feedback from industry experts and early adopters of your product. The benefit of being quick to test out your idea or model is that you can improve and change parts of your plan according to this early feedback. Once you have a product out in the marketplace, stay in touch with your customers.  They will be both your best critics and biggest supporters. Encourage interaction with them through social media outlets and email communication and form a base for marketing your products and your brand in the process.” 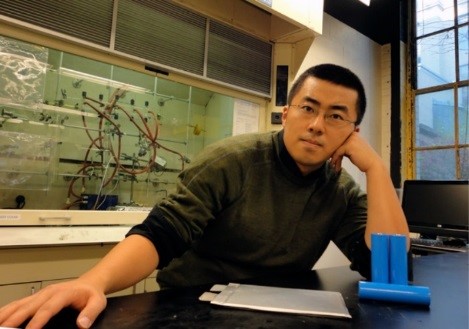 Why is Startup America important?

“In the new century, America and the world face new challenges especially in energy and environment. Many of the technologies that startups use to solve these challenges were developed under government-funded research in universities and national labs. The funding required and the risks involved in clean tech startups are higher than what traditional venture capitalists are comfortable with. Increasing government funding to startups and making it easier for startups to license technologies from national labs will help accelerate the commercialization timeline.”

What advice do you have for aspiring innovators?

“A lot of people say pursue your dream, but it is actually really difficult to pursue your dream, it requires serious commitment and determination. It's exciting and fun in the beginning, but it gets very difficult and frustrating, everything that can go wrong will go wrong, sometimes the easy thing and smart thing to do is to quit and most people do quit. It is the stubborn ones who are responsible to investors, team members, and themselves that stay until the end. Finding a good business partner is very important, someone who truly  believes in it as much as you do, someone who is able to give a realistic and practical assessment of the company's plan, someone who is good at fundraising and ensuring that the company doesn't run out of cash.”