In Case You Missed It: The President and Vice President Stop By a Shake Shack

May 17, 2014 at 11:21 AM ET by Lindsay Holst
Twitter Facebook Email
Summary:
On Friday afternoon, President Obama and Vice President Biden stopped by a local Shake Shack for burgers, and spoke briefly about the need for Congress to pass transportation funding.

On Friday afternoon, President Obama and Vice President dropped by a local Shake Shack – a chain that has chosen to pay its employees more than 10 dollars an hour – to grab burgers with four workers who just helped complete a local infrastructure project that will help traffic in the D.C. area move faster.

The President and Vice President delivered brief remarks about the need for Congress to "do what it's supposed to do" and pass transportation funding – a move that would allow hundreds of thousands of jobs and projects that are currently reparing our crumbling roads and bridges to keep doing just that.

"This shouldn’t be Democrat or Republican," the President said. "This is American. We’ve got to rebuild America. And these are folks who are doing it."

We know we’re going to have to do it. This is like deferred maintenance on your house. If you’ve got to do some tuck-pointing to fix the roof or fix the boiler, there’s no point in putting it off. Now is the time to do it, and we’ve got outstanding contractors and workers ready to work. So I hope Congress gets working, and I’m prepared to work with anybody on a bipartisan basis to get it done. 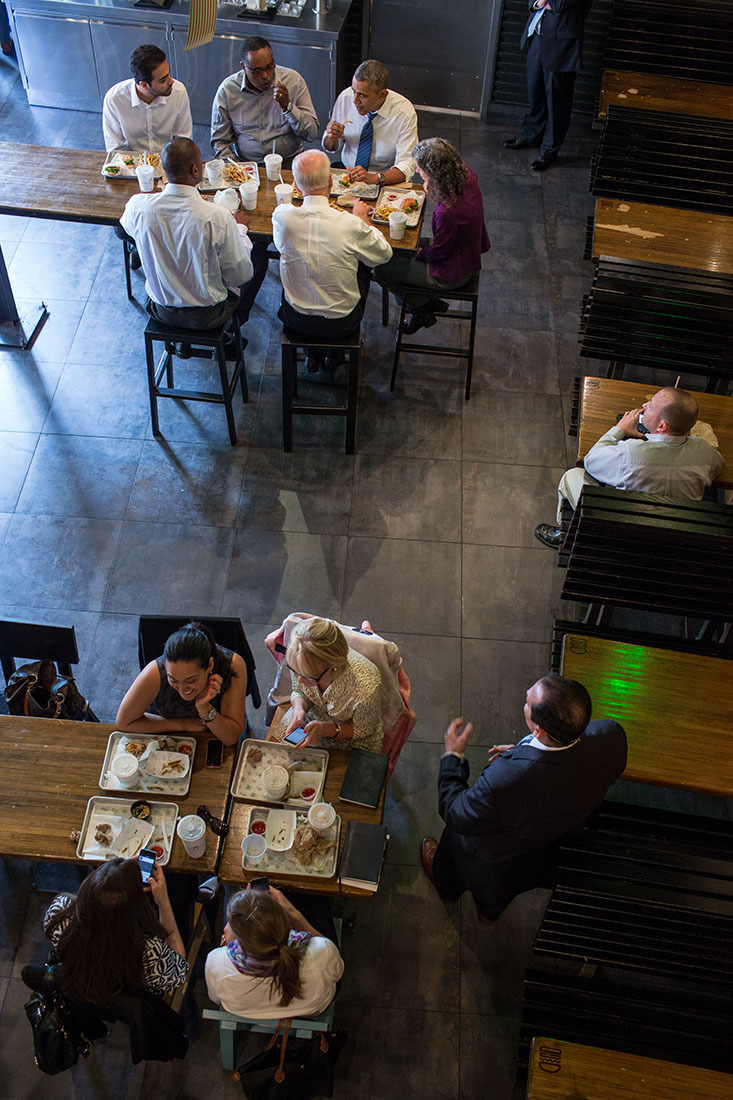