President Obama Speaks on the Recovery of Sgt. Bowe Bergdahl: "It's a Good Day"

May 31, 2014 at 8:16 PM ET by David Hudson
Twitter Facebook Email
Summary:
In the White House Rose Garden, President Obama delivers a statement about the recovery of Sgt. Bowe Bergdahl -- an American soldier who has spent nearly five years in captivity in Afghanistan. 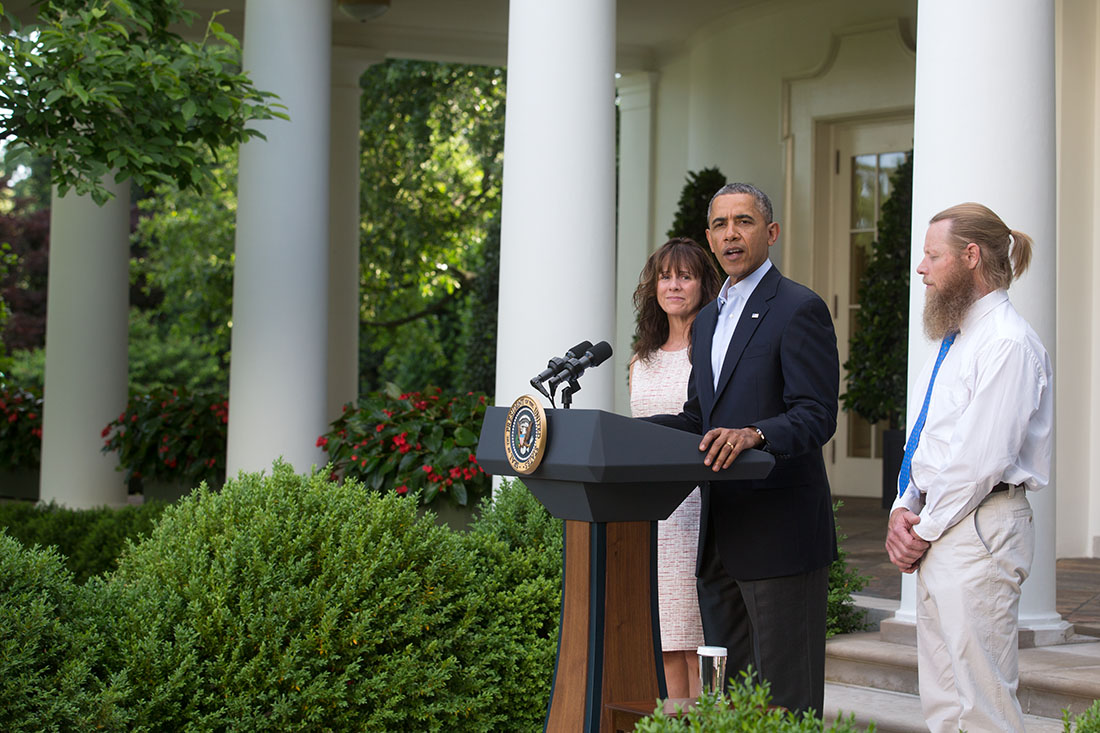 President Barack Obama announces the release of Sgt. Bowe Bergdahl, an American soldier held captive for nearly five years by militants during the Afghanistan war, during a statement in the Rose Garden of the White House, Saturday, May 31, 2014. With the President are Sgt. Bergdahl's parents, Jani and Bob Bergdahl. (Official White House Photo by Chuck Kennedy)

Earlier this evening, in the White House Rose Garden, President Obama spoke about the recovery of Sgt. Bowe Bergdahl — an American soldier who spent nearly five years in captivity during the war in Afghanistan.

Standing with Sgt. Bergdahl's parents, Bob and Jani, the President made clear that "while Bowe was gone, he was never forgotten."

His parents thought about him and prayed for him every single day, as did his sister Sky, who prayed for his safe return. He wasn't forgotten by his community in Idaho, or the military, which rallied to support the Bergdahls through thick and thin. And he wasn't forgotten by his country, because the United States of America does not ever leave our men and women in uniform behind.

President Obama commended the service members who recovered Sgt. Bergdahl, saying that they "performed with extraordinary courage and professionalism, and they've made their nation proud." He went on to affirm that the top priority now is "making sure that Bowe gets the care and support that he needs, and that he can be reunited with his family as soon as possible."

The President also expressed his gratitude for the "tireless" work of American diplomats, and for the cooperation of the governments of Qatar and Afghanistan in helping to secure Sgt. Bergdahl's release:

We've worked for several years to achieve this goal, and earlier this week, I was able to personally thank the Amir of Qatar for his leadership in helping us get it done. As part of this effort, the United States is transferring five detainees from the prison in Guantanamo Bay to Qatar. The Qatari government has given us assurances that it will put in place measures to protect our national security.

I also want to express gratitude to the Afghan government, which has always supported our efforts to secure Bowe’s release. Going forward, the United States will continue to support an Afghan-led process of reconciliation, which could help secure a hard-earned peace within a sovereign and unified Afghanistan.

While reiterating his commitment to bring an end to the war in Afghanistan and close Gitmo, President Obama made clear that we've also "made an ironclad commitment to bring our prisoners of war home." He added that many troops still remain missing from past wars, which is "why we're never going to forget, we're never going to give up our search, for service members who remain unaccounted for."

The President also emphasized our obligation to "securing the release of American citizens who are unjustly detained abroad, and deserve to be reunited with their families, just like the Bergdahls soon will be."

Bob and Jani – today, families across the United States share in the joy that you feel. As a parent, I cannot imagine the hardship that you have been through. And as President, I know I speak for all Americans when I say that we cannot wait for the moment when you are reunited, and your beloved Bowe is back in your arms. 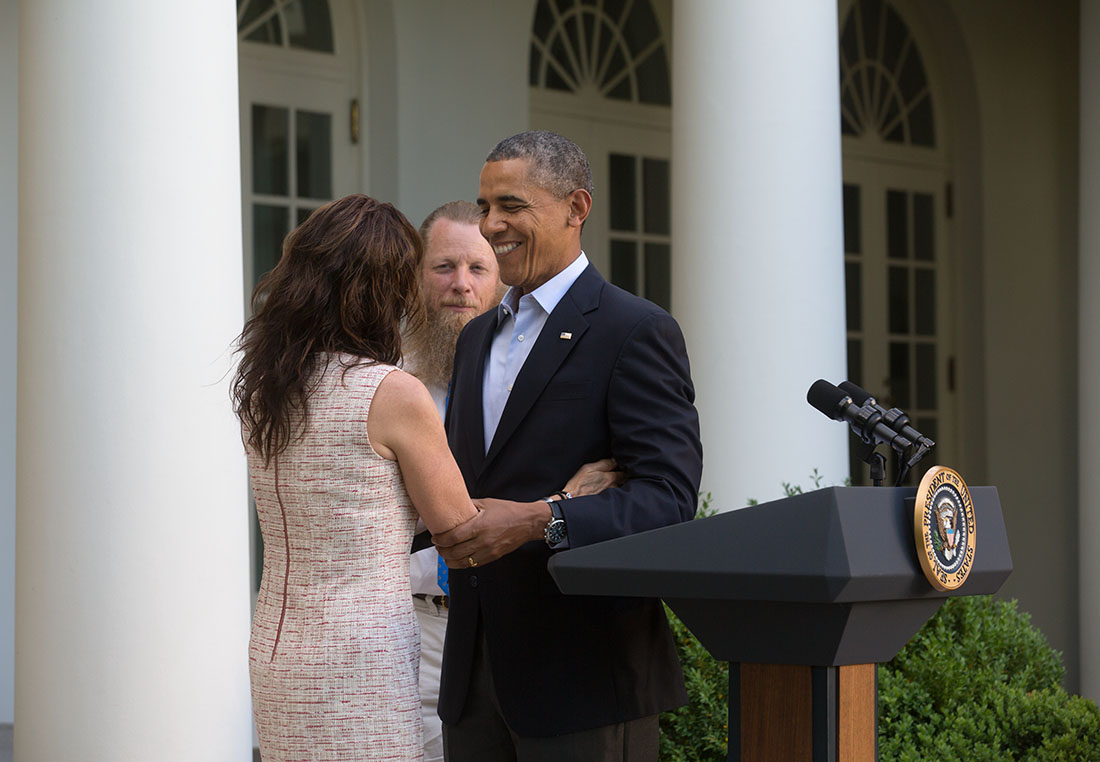 President Barack Obama hugs Jani and Bob Bergdahl, the parents of Sgt. Bowe Bergdahl, after announcing the release of Sgt. Bergdahl, who had been held captive for nearly five years by militants during the Afghanistan war, following a statement in the Rose Garden of the White House, Saturday, May 31, 2014. (Official White House Photo by Chuck Kennedy)