The President Makes a Statement on the Situation in Iraq

June 19, 2014 at 5:34 PM ET by David Hudson
Twitter Facebook Email
Summary:
After a meeting with his national security team, President Obama delivers a statement from the White House Press Briefing Room on the situation in Iraq and the U.S. response. 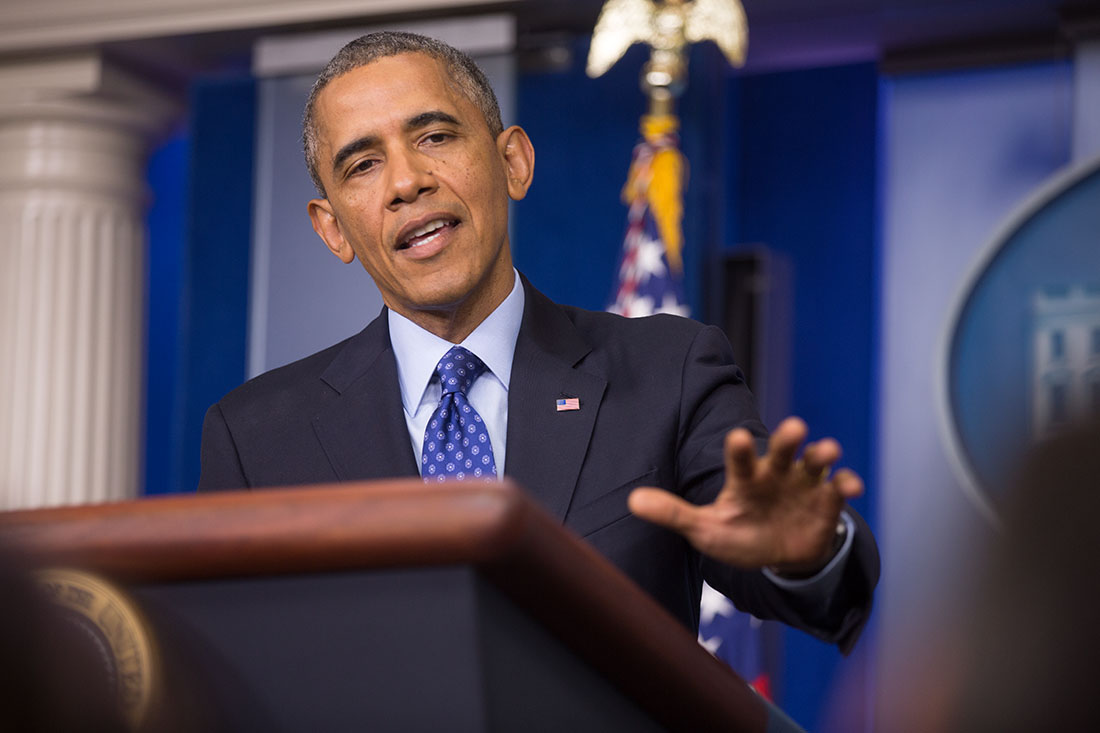 Today, after a meeting with his national security team, President Obama delivered a statement from the White House Press Briefing Room on the situation in Iraq and the U.S. response, in the wake of the terrorist organization ISIL making advances inside Iraq. Watch his remarks below:

The President made clear that he has "no greater priority than the safety of our men and women serving overseas," which is why he is taking steps to relocate some of our embassy personnel, and also sending reinforcements to better secure American facilities.

He noted that the U.S. has significantly increased intelligence, surveillance, and reconnaissance assets in order to get a better picture of what's happening in Iraq. "This will give us a greater understanding of what ISIL is doing, where it's located, and how we might support efforts to counter this threat," he said.

The President also said that the U.S. will keep increasing our support to Iraqi security forces, reiterating that U.S. forces "will not be returning to combat in Iraq, but we will help Iraqis as they take the fight to terrorists who threaten the Iraqi people."

The President emphasized that “the best and most effective response to a threat like ISIL will ultimately involve partnerships where local forces, like Iraqis, take the lead.”