The Entrepreneurial Imperative for Immigration Reform

June 20, 2014 at 3:12 PM ET by Doug Rand
Twitter Facebook Email
Summary:
Luis von Ahn speaks about his experience as an immigrant entrepreneur, and how immigration reform would allow America to remain a magnet for countless other brilliant innovators who dream of making a big impact here.

Nearly a year ago, the Senate passed a strongly bipartisan immigration reform bill that would grow the nation’s economy, reduce federal deficits, and enable some of the best and brightest minds from around the world to contribute to the American workforce in the fields of science, technology, engineering, and math (STEM). This week, we are highlighting the urgency of immigration reform and the need for the House of Representatives to act before August.

Not only would the Senate bill effectively “staple” a green card to the diplomas of advanced STEM graduates educated in the United States, it would create a new pathway for foreign entrepreneurs who want to start and grow their companies here.

As a computer science professor and serial entrepreneur, Luis von Ahn exemplifies the best of both worlds. Luis grew up in Guatemala, studied math and computer science at two great American universities, and went on to launch a number of successful startups. His latest venture is Duolingo, an iPhone App of the Year with over 12 million active users learning a new language. The Pittsburgh-based company employs 35 people and is growing fast.

I spoke with Luis about his experience as an immigrant entrepreneur, and how immigration reform would allow America to remain a magnet for countless other brilliant innovators who dream of making a big impact here.

What was your path from immigrant to academic to entrepreneur?

I went on to pursue a Ph.D. in computer science at Carnegie Mellon University. As it happened, in my first semester, I helped invent the CAPTCHA – the squiggly letters that nearly every website now uses to validate that you’re a human, not a computer.

My second project was the “ESP Game” – it was played by around 5 million people, and as they played, they taught computers how to recognize the contents of photos. Google bought my little one-person company, changed the name to Google Image Labeler, and used it to vastly improve the Google image search engine.

My third project came to me after I learned that someone in the world was typing a CAPTCHA about 200 million times every day. At first, I was pretty proud of myself for helping invent that. But then I started feeling bad, because CAPTCHAs take up about ten seconds of your time. If you multiply that by 200 million, that’s about 500,000 hours of human effort every day. That was how I came up with the idea of the reCAPTCHA, where you type in not just a random word but also a word scanned from an old book – now you’re not just identifying yourself as a human, you’re also helping to teach computers how to decipher an unusual word. I was already a professor of computer science at Carnegie Mellon when I turned this idea into a company – Google bought that one, too, and is using it to help digitize the world’s books.

How did you come up with the idea for Duolingo?

My view on education is really shaped by where I am from in Guatemala, and I wanted to create education that doesn’t discriminate based on wealth. People talk about education as an equalizer, but I’ve seen how it can be a divider. When people are rich, they can pay for an amazing education, and because they get a great education, they remain rich. At the same time, about 800 million people around the world are trying to learn English, to get a better job and improve their lot. But most ways to learn a language are expensive. They are geared toward the minority of people learning a language, not the majority. I wanted to create equal-opportunity learning for everybody.

We designed Duolingo as a mobile app that would be fun, effective, and free. Today, more people are learning a new language on Duolingo than in the entire U.S. public school system. And we’re working on some exciting new ideas to lower the cost of getting certified as an English speaker, which is the key to job advancement for so many people around the world.

What is the relationship between your experience as an immigrant and an entrepreneur?

Duolingo has been massively informed by my having to learn English as a student in Guatemala, and being from a country where the impact of knowing English is a big deal. My co-founder is from Switzerland, we both had to learn English, and we both understand how much people are trying to learn languages in other countries. I was one of the fortunate people who went to an American school, so I learned when I was young.

Why do you see immigration reform as an urgent priority for America?

I really think it is a no-brainer. I see it every day. We spend so much effort educating Ph.D. students at our great universities. And at the end of those six years, these graduates end up among probably the top 15 people in the whole world in whatever they’re doing – they are amazing.

It is insane when you see them leave. They’ve just been trained here, and then they often have to go elsewhere and make wherever they go a much better place.

It is similar for entrepreneurs. I think having top people start companies here instead of in other places is hugely important for the United States. At least in my field, other countries are starting to catch up. It is still the case that the best place is the United States, but it is not like 10 years ago where it was the only place. Now, we are seeing really awesome and successful apps coming out of Europe, China, and even Latin America. In many of these cases, these companies were started by people who were educated here but had to leave. 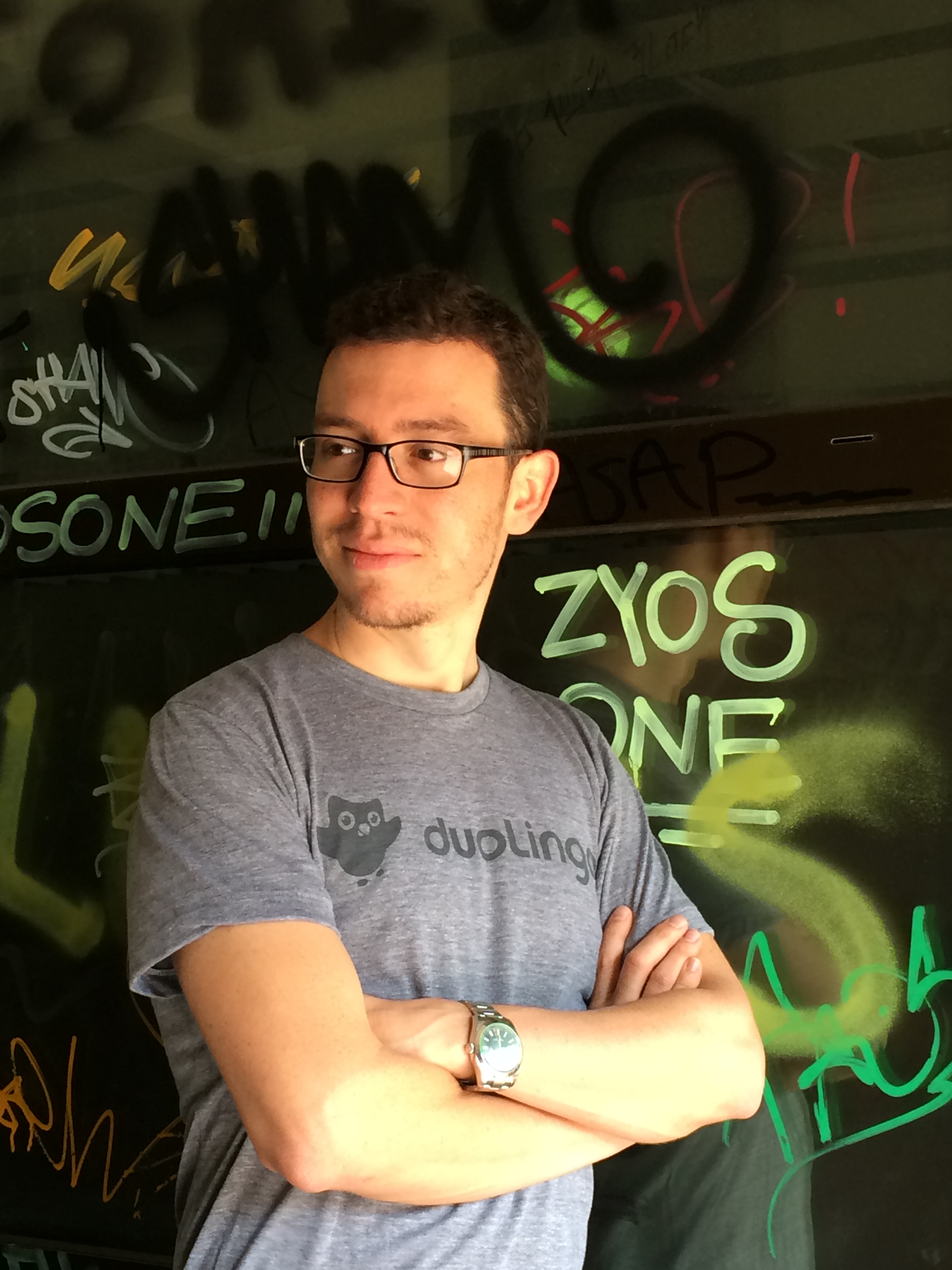