June 25, 2014 at 10:44 AM ET by Dan Utech
Twitter Facebook Email
Summary:
A year after the President announced his Climate Action Plan -- a comprehensive plan to cut carbon pollution, prepare the U.S. for the impacts of climate change, and lead international efforts to combat global climate change -- the Administration has made real progress in advancing the goals in the plan. 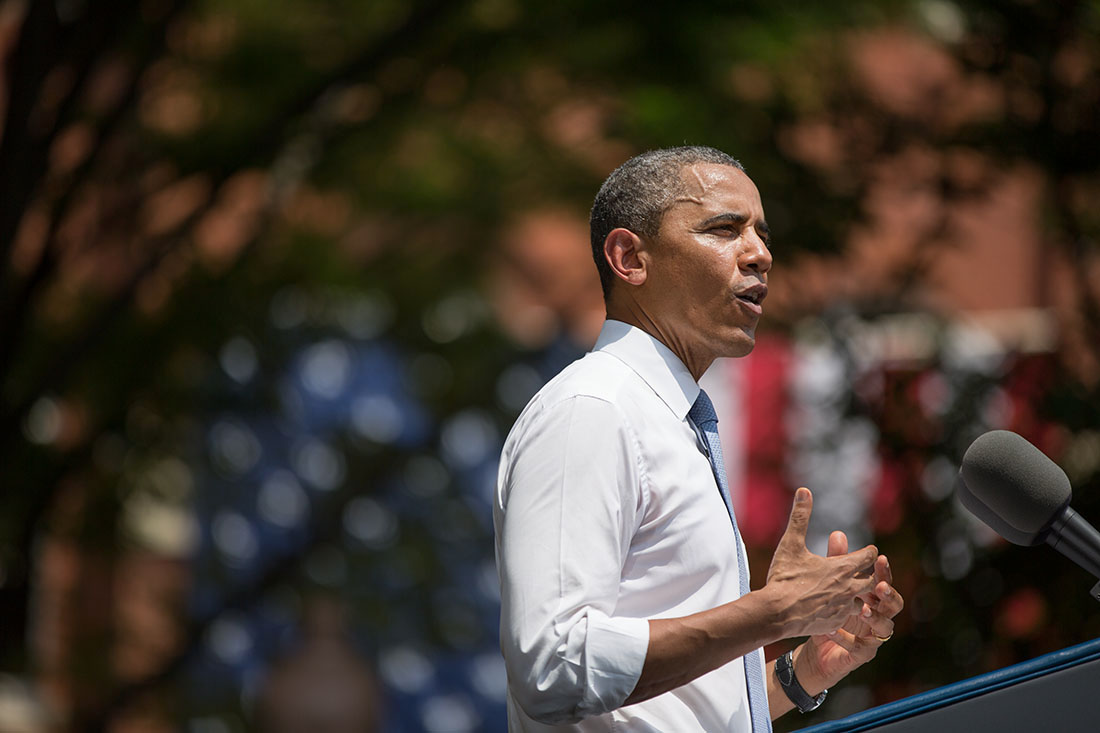 The effects of climate change are already being felt across the nation. In the past three decades, the percentage of Americans with asthma has more than doubled, and climate change is putting those Americans at greater risk of landing in the hospital. The impacts of extreme weather events – from more severe droughts and wildfires in the West, to more powerful hurricanes and record heat waves – are hitting communities across the country. These changes come with far-reaching consequences and real economic costs.

At the same time, clean energy represents a significant economic opportunity, and we know we can meet this challenge in a way that advances our economy, our environment, and public health at the same time.

That is why, on this day last year, President Obama announced his Climate Action Plan – a comprehensive plan to cut carbon pollution, prepare the United States for the impacts of climate change, and lead international efforts to combat global climate change.

One year later, the Administration has made real progress in advancing the goals in the President’s Climate Action Plan. The policies President Obama has put forward in just one year – when implemented – are expected to cut nearly 3 billion tons of carbon pollution between 2020 and 2025. That’s an amount equivalent to taking more than 600 million cars off the road for a year. 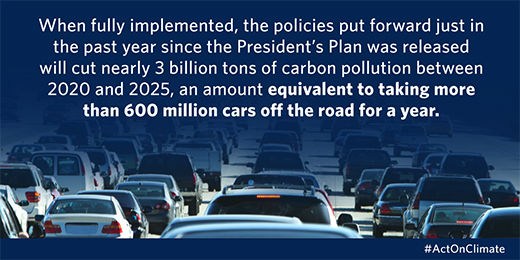 And it doesn’t stop there. We have increased our reliance on clean energy sources as we take steps to make our communities more resilient to the effects of severe weather, and we are working with other countries to reduce emissions of greenhouse gases internationally.

In the last year, some key initiatives the President has taken to combat climate change include:

You can read more about our progress in this report. Through the Climate Action Plan, the U.S. has become a leader in climate change mitigation and preparedness, and our work is just the beginning. As we continue to combat climate change at home, we continue to lead a worldwide effort to prepare for a cleaner, healthier, and safer future.