July 18, 2014 at 6:20 PM ET by Garrett Brinker
Twitter Facebook Email
Summary:
This week, President Obama addressed the crash of Flight MH17, talked about investing in our country's infrastructure, and continued to take important steps to respond to a changing climate -- and the First Lady hosted the Kids' State Dinner, featuring 54 delicious recipes from around the country.

This week, President Obama addressed the crash of Flight MH17, talked about investing in our country's infrastructure, and continued to take important steps to respond to a changing climate -- and the First Lady hosted the Kids' State Dinner, featuring 54 delicious recipes from around the country.

President Obama on the Crash of Flight MH17

Today, President Obama delivered a statement to the press in the wake of the tragic crash of Malaysia Airlines Flight MH17:

Yesterday, Malaysia Airlines Flight MH17 took off from Amsterdam and was shot down over Ukraine near the Russian border. Nearly 300 innocent lives were taken -- men, women, children, infants -- who had nothing to do with the crisis in Ukraine. Their deaths are an outrage of unspeakable proportions.

Yesterday afternoon, President Obama spoke about the importance of long-term investments in our country's infrastructure in front of Delaware's Interstate 495 Bridge. 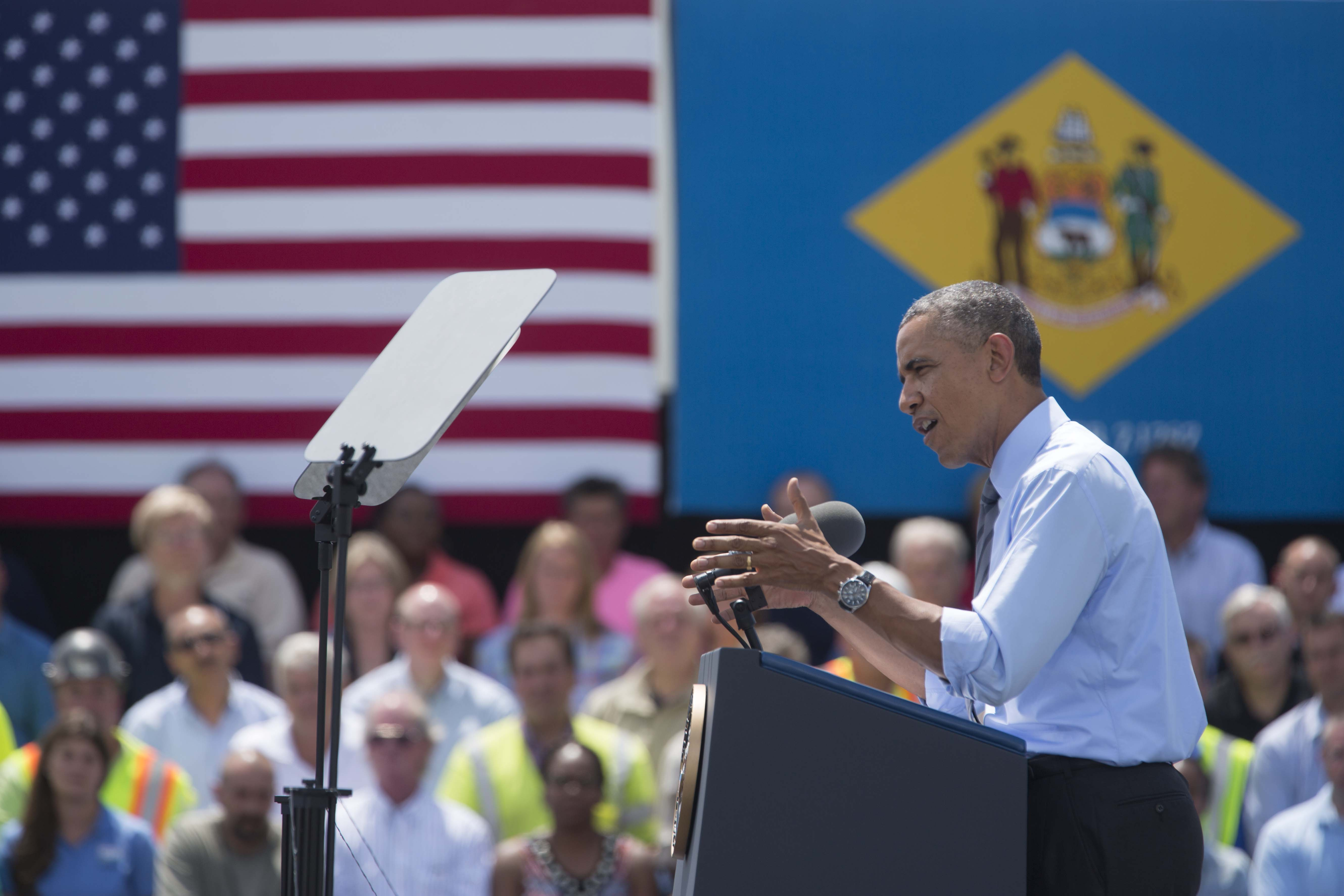 President Barack Obama delivers remarks before he signs an executive action creating the Build America Investment Initiative during an event near the Interstate 495 Bridge at the Port of Wilmington in Wilmington, Del., July 17, 2014. (Official White House Photo by Amanda Lucidon)

We know that in the 21st century economy, businesses are going to set up shop wherever they find the best roads, the best bridges, the fastest Internet connection, the fastest rail lines, the smartest airports, the best power grid. First-class infrastructure attracts investment and it creates first-class jobs.

The First Lady hosted the 2014 Kids' State Dinner today at the White House. Technically it was a lunch, but calling it a state lunch didn't exactly sound right.

Fifty-four winners were selected out of more than 1,500 delicious recipes -- one of those 54 recipes included the Barack-oli and Mich-room Obama-lette.

President Obama also made a surprise visit and talked about the First Family's "pig-out indulgence food[s]."

Preparing for a Changing Climate

Throughout the week, President Obama has been talking about how our nation's infrastructure is vital for a world-class economy. But there's another reason for all of this: climate change.

Last November, the President established the State, Local, and Tribal Leaders Task Force on Climate Preparedness and Resilience, which is made up of 26 governors, mayors, and county and tribal officials from across the country. On Wednesday, the Task Force came to the White House for their final meeting, before presenting the President their recommendations in the fall.

5.5 billion hours -- that's how much time Americans spend sitting in traffic each year. That costs us $120 billion in wasted time and gas.

We need to make driving safer and smarter -- which is one of the reasons why President Obama visited the Turner-Fairbank Highway Research Center on Tuesday, to talk about the importance in investing in new infrastructure technologies and renewing the Highway Trust Fund.

"As the father of a daughter who just turned 16, any new technology that makes driving safer is important." —Obama pic.twitter.com/1Q5d8VSLpA

There are bipartisan bills moving forward in both the House and the Senate to fund the Highway Trust Fund for the short term -- bills that the President supports. But he reiterated that there must be a long-term, comprehensive solution -- which is something the President already put forth earlier this year.