Every summer, young Asian American and Pacific Islander (AAPI) leaders from across the country come to Washington, DC to intern and work in the nation’s capital.  Monday, July 11, marked the beginning of AAPI Youth Leadership Week, a chance for young leaders to engage in discussions about public service and important issues facing the AAPI community. This year, we were proud to kick off AAPI Youth Leadership Week with a tour of the “Beyond Bollywood” Exhibition and roundtable discussions with Konrad Ng, Director of the Smithsonian Asian Pacific American Center, and Chris Lu, Deputy Secretary of the U.S. Department of Labor. Both Konrad and Deputy Secretary Lu described their career paths, reflected upon the challenges they faced along the way, and shared some of their best advice and guidance.

On Thursday, July 17, the White House Initiative on AAPIs and the White House Office of Public Engagement hosted an AAPI Youth Forum with the East Coast Asian American Student Union (ECAASU), gathering 100 young AAPI leaders at the White House. The Youth Forum began with keynote remarks by Tina Tchen, Chief of Staff to the First Lady, and continued with presentations and workshops on four focus issues: education, mental health, pathways to public service, and Deferred Action for Childhood Arrivals (DACA). Participants also had the chance to discuss issues unique to their region and develop targeted action plans. 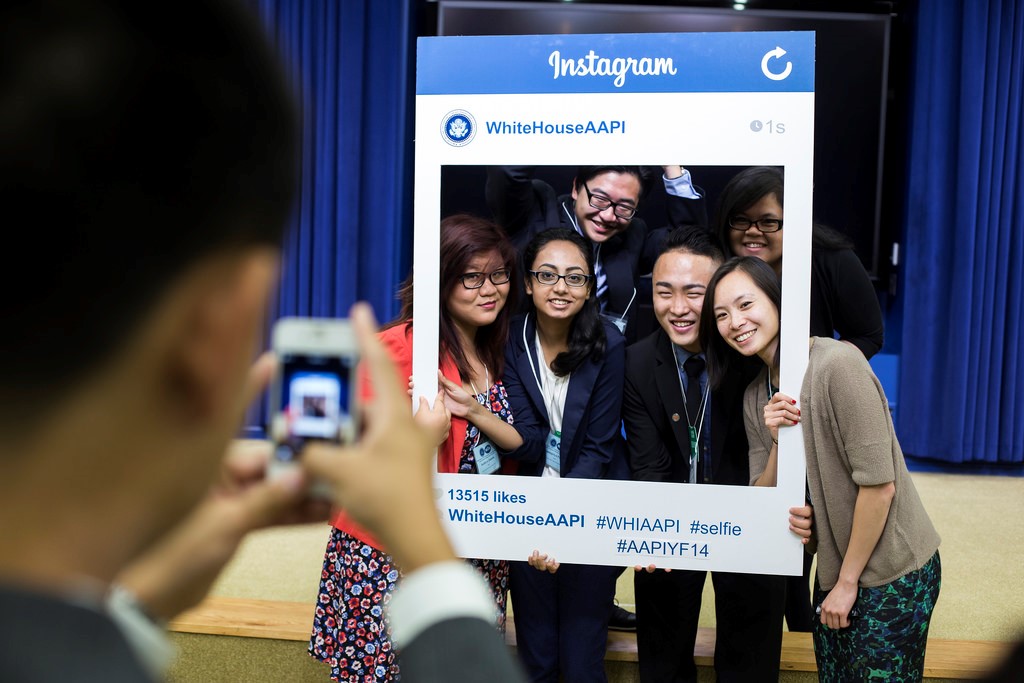 Participants pose for a picture at the White House AAPI Youth Forum with ECAASU. July 17, 2014. (by White House Initiative on AAPIs)

As a result of last year’s Youth Forum, the Initiative launched its 2013-2014 Healthy Engaged Youth (HEY!) Ambassadors Program, encouraging young leaders to conduct outreach around the Affordable Care Act (ACA) within their campuses and communities. At this year’s Youth Forum, WHIAAPI launched its 2014-2015 E3! Ambassadors Program, which seeks to “Educate, Engage, and Empower” young leaders to increase awareness and outreach around the four aforementioned focus issues.  Hosted on Challenge.gov, a portal for the federal government to post challenges that seek innovative solutions from the public, E3! affords young leaders the opportunity to brainstorm and implement their own unique ideas to help improve the quality of life and opportunity for young AAPIs. 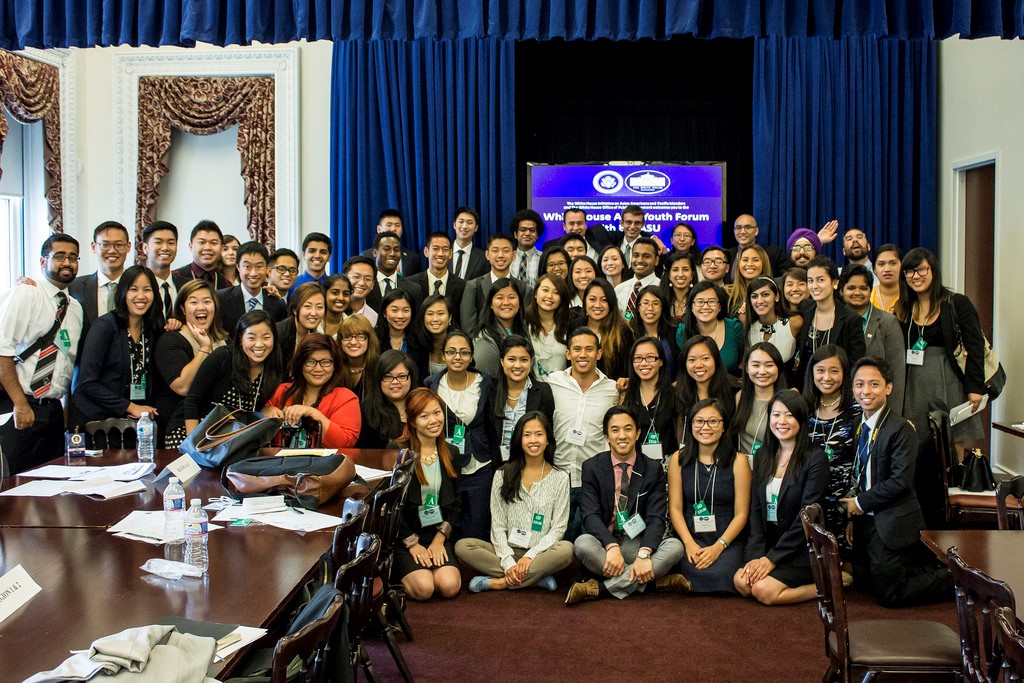 Up to 150 applicants will be selected as E3! Ambassadors, who will serve for one academic year between September 1, 2014 and May 31, 2015. E3! Ambassadors will have the opportunity to work collaboratively with Administration leaders, including Initiative staff and members of the President’s Advisory Commission on AAPIs and Regional Interagency Working Group.

Please visit the Initiative’s website to learn more about E3! and the four focus areas, and help spread the word that the application deadline is August 17. Whether you’re applying to E3! or not, I encourage you to join the Initiative in its comprehensive efforts to educate, engage, and empower young AAPI leaders across the nation.

Jason Tengco is a Senior Advisor at White House Initiative on Asian Americans and Pacific Islanders.