Seventy-nine years ago, on August 14, 1935, President Franklin Roosevelt said, "We can never insure 100 percent of the population against 100 percent of the hazards and vicissitudes of life, but we have tried to frame a law which will give some measure of protection to the average citizen and to his family against the loss of a job and against poverty-stricken old age."

With that, he signed the Social Security Act into law, ushering in an era of economic prosperity for middle-class families. The first American to get Social Security received 17 cents in benefits. Today, 79 years later, Social Security stands as a major source of income for 54 million Americans who have paid into the system for their entire working lives.

President Obama understands that many seniors rely on Social Security, and believes that every one of them should be able to retire with dignity, which is why he’s acted to strengthen the Social Security system and ensure it remains solvent for years to come.

He has also expanded on the legacy of Social Security by strengthening other retirement initiatives for seniors. He's made it easier for Americans to save for retirement by using his executive authority to create myRA, an investment tool similar to a traditional 401K that will be offered through employers. MyRA allows all Americans to start their own retirement savings and, alongside Social Security, will help millions of Americans live comfortably in their golden years.

For 79 years, the Social Security Act has stood as a pillar of economic security for millions of Americans. President Obama will continue to ensure that all Americans, regardless of age or physical ability, will live out their lives with dignity.

To learn more about how the Administration is working to strengthen and sustain Social Security, check out these links: 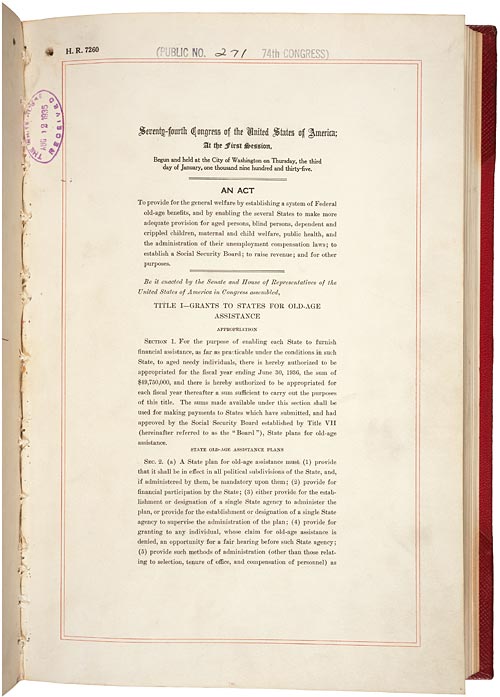