Third Estimate of GDP for the Second Quarter of 2014

September 26, 2014 at 9:30 AM ET by Jason Furman
Twitter Facebook Email
Summary:
This latest revision confirms that economic growth in the second quarter was strong, and other recent data suggest that this momentum has continued into the subsequent months.

Today’s revision confirms that economic growth in the second quarter was strong, and other recent data suggest that this momentum has continued into the subsequent months. While these indicators demonstrate that the economy has come a long way in recovering from the Great Recession, there is more work to do to both boost growth and ensure that growth translates into greater financial security for working families. The President will continue to do everything in his power to support investments in job creation and encourage higher incomes for workers.

1. Real gross domestic product (GDP) increased 4.6 percent at an annual rate in the second quarter of 2014, the fastest pace since the fourth quarter of 2011, according to the third estimate from the Bureau of Economic Analysis. The strong second-quarter growth represents a rebound from a first-quarter decline in GDP that largely reflected transitory factors like unusually severe winter weather and a sharp slowdown in inventory investment. Growth in consumer spending and business investment picked up in the second quarter, and residential investment increased following two straight quarters of decline. Additionally, State and local government spending grew at the fastest quarterly rate in five years. However, net exports subtracted from overall GDP growth, as imports grew slightly faster than exports. Real gross domestic income (GDI), an alternative measure of the overall size of the economy, was up 5.2 percent at an annual rate in the second quarter. 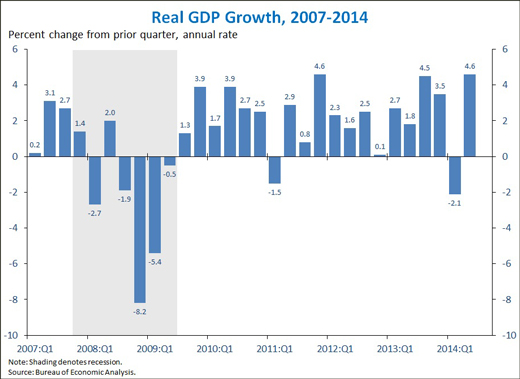 2. Second-quarter real GDP growth was revised up 0.4 percentage point from the second estimate released in August. Within consumer spending, an upward revision to health care spending (discussed in greater detail in point #4) was offset by downward revisions to spending on non-health services. The contribution of business fixed investment was revised up 0.2 percentage point, and there were also small upward revisions to net exports and State and local government spending. 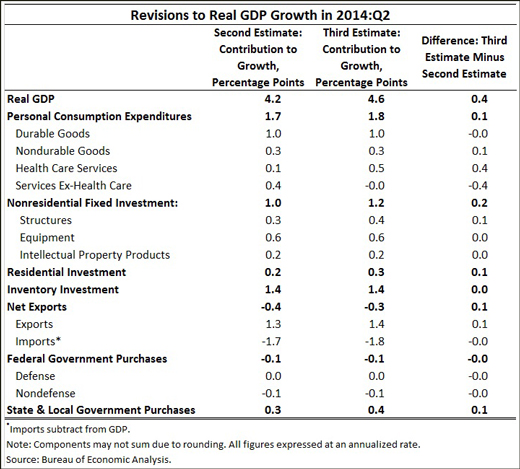 3. Over the past four quarters, real GDP has risen 2.6 percent, faster than the 2.0 percent annualized pace observed over the preceding eight-quarter period. Looking at four- and eight-quarter changes to smooth some of the quarter-to-quarter volatility, it is clear that many components of GDP are showing improvement. The growth rates of consumer spending, business investment and exports have all picked up, and the pace of declines in the Federal sector have moderated a bit. In addition, the State and local government sector has turned positive, after several years of steady cutbacks. One area that has slowed over the last four quarters is residential investment, although it did rebound in the second quarter. 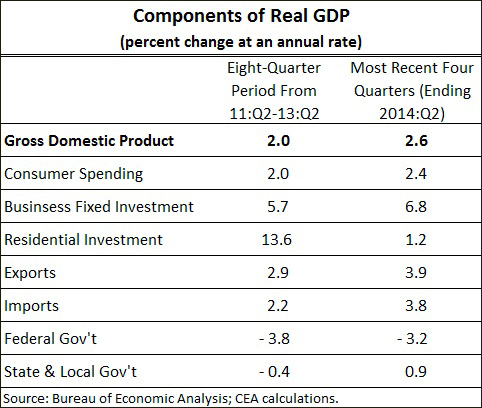 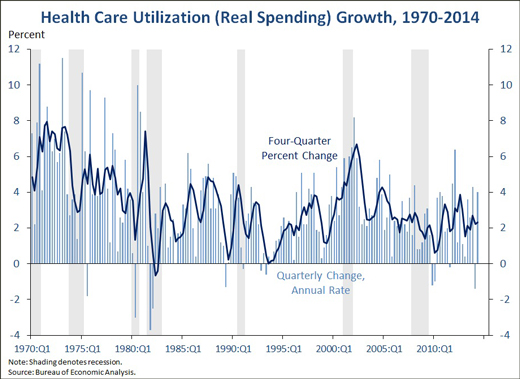 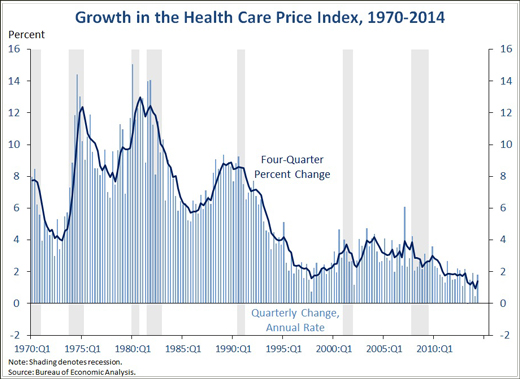 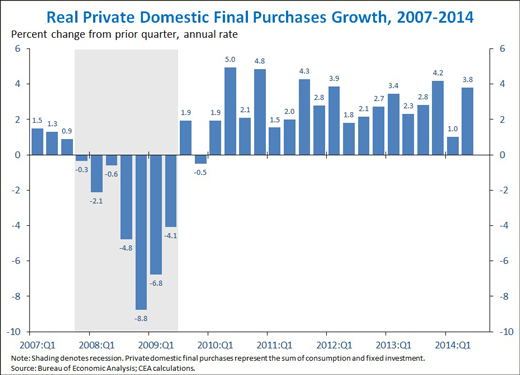