Weekly Wrap Up: A Look at Our Week

October 17, 2014 at 5:17 PM ET by Kajal Singh
Twitter Facebook Email
Summary:
This week at the White House, the President updated the nation on our government-wide response to Ebola, we discussed efforts against ISIL with our international efforts, and the First Lady asked, “Turnip for What?”

This week at the White House, the President updated the nation on our government-wide response to Ebola, we discussed efforts against ISIL with our international efforts, and the First Lady asked, “Turnip for What?”

Photo of the Week

President Obama talks on the phone with HHS Secretary Sylvia Mathews Burwell concerning the latest update on the Ebola situation.

We Continued to Respond to Ebola

On Wednesday, the President met with Cabinet officials and Dr. Tom Frieden -- of the Centers for Disease Control and Prevention (CDC) -- in the Cabinet Room of the White House.
After the meeting, President Obama laid out our comprehensive plan to contain Ebola, prevent its spread in the United States, and combat it at its source in West Africa.
Have questions about how exactly the disease spread? We’ve got the facts:
Now that you’ve got the key facts, pass it on to someone else who needs to know.

Worth sharing: Here are the facts on #Ebola, and what we're doing to respond → http://t.co/RMFwal2IB8 pic.twitter.com/UJLnOsP7RV

Today, the President appointed Ron Klain to coordinate the government’s comprehensive response to Ebola. Mr. Klain has served as Chief of Staff to two Vice Presidents, and his talent and managerial skills extend far beyond the White House. He has a great working relationship with leading Members of Congress and brings extensive intergovernmental operations experience to the job.

We Joined International Military Leaders to Discuss Efforts Against ISIL

On Tuesday, President Obama headed to Joint Base Andrews to meet with military leaders from over 20 partner nations and discuss coalition efforts to ultimately degrade and destroy the terrorist group known as ISIL.
At the meeting, hosted by Chairman of the Joint Chiefs of Staff Gen. Dempsey, the President reiterated that: 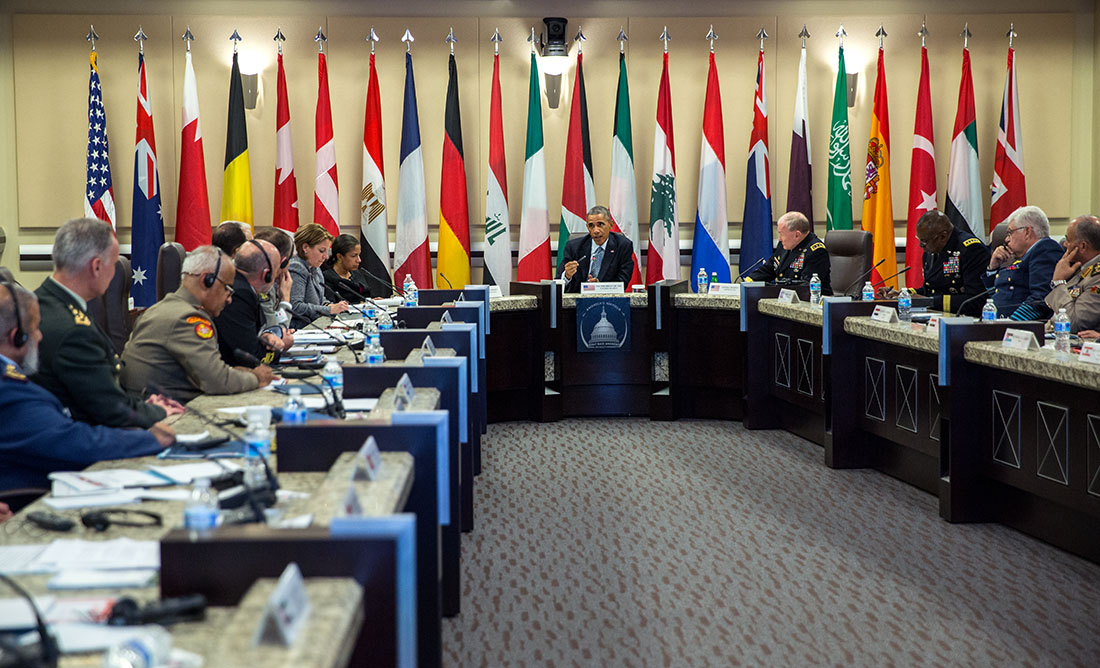 FLOTUS asked: “Turnip for What?”

On Tuesday, the First Lady hosted her very first Vine and Twitter Q & A to answer questions about Let's Move! before welcoming students to the White House for the annual fall harvest. During the Q & A, the First Lady answered a range of questions – including healthy Halloween ideas, her favorite fall vegetables, the status of the White House bees, and asked, turnip for what?

Want to see even more? Be sure to check out the White House Blog, this week's episode of West Wing Week, and the White House's official Twitter account: