Weekly Wrap Up: 4 Things You May Have Missed This Week

November 7, 2014 at 6:34 PM ET by Kajal Singh
Twitter Facebook Email
Summary:
Just in case you've been busy this week, we've got you covered. Check out some of the highlights from this week.

Just in case you’ve been busy this week, we’ve got you covered. Check out some of the highlights from the week below.

Quote of the Week

“It's time for us to take care of business. There are things this country has to do that can’t wait another two years or another four years."

On Tuesday, the First Lady took to Tumblr for the first time in history to answer questions about her Reach Higher Initiative. Below are just a few of the questions you asked – and she answered:

Did you miss the Tumblr Q&A? Don’t worry, you can check out the First Lady’s answers below:

Missed the First Lady's Q&A on helping students #ReachHigher and finish college? Check out her answers to your Q's → http://t.co/7QvG1MUwjb

On Thursday, the President and First Lady spent some time with the U.S. champions of this year’s Little League World Series -- the Jackie Robinson West All Stars. Jackie Robinson West warmed America’s hearts when they defied odds and succeeded despite coming from neighborhoods that suffer from violence as well as disproportionate levels of poverty. 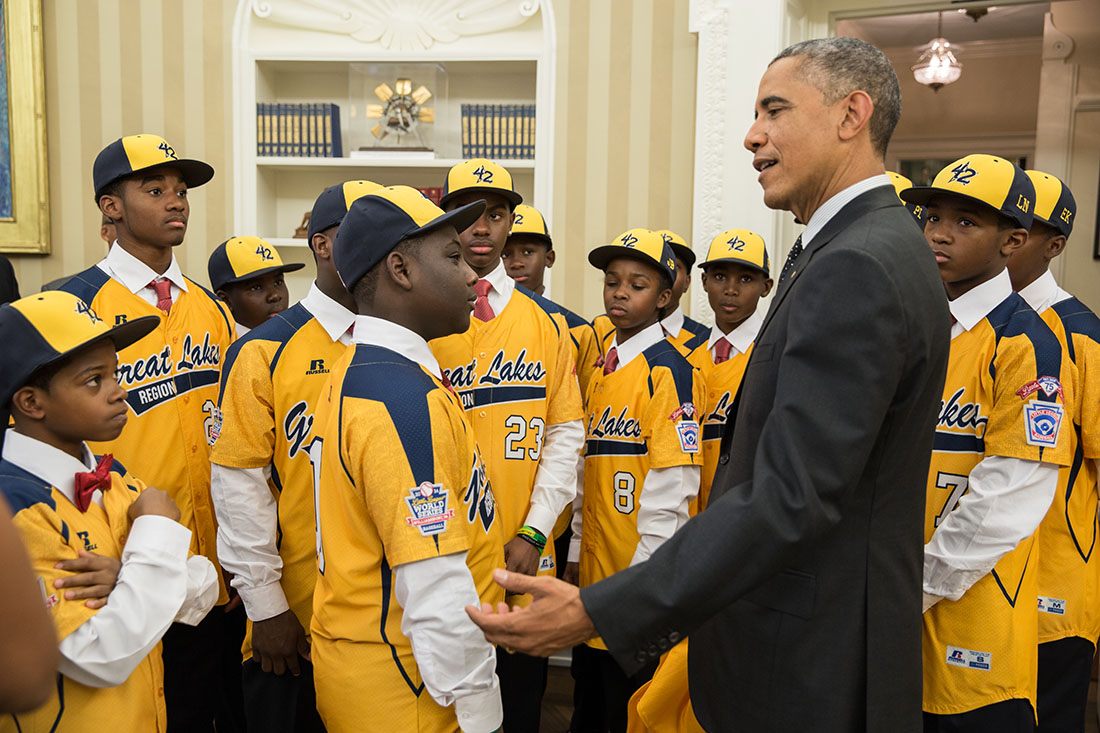 We Awarded the Medal of Honor to a Gettysburg Veteran

Later on Thursday, President Obama awarded the Medal of Honor to First Lieutenant Alonzo H. Cushing for his acts of bravery while serving as an artillery commander during the Civil War. Typically, the Medal of Honor is awarded within a few years of the action, but as the President noted, “sometimes even the most extraordinary stories can get lost in the passage of time.”

The award was accepted by Helen Loring Ensign, a cousin twice removed of the Lieutenant. During the ceremony, the President noted:

”For this American family, this story isn’t some piece of obscure history -- it is an integral part of who they are. And today, our whole nation shares their pride, and celebrates what this story says about who we are.”

We Discussed the Midterm Elections

On Wednesday afternoon, the President spoke to the White House press corps about the midterm elections and the steps America can take moving forward.

President Obama detailed three policy areas in which the Administration and Congress can work together during the upcoming weeks: