Honoring the Contributions of Immigrants Serving in the Military 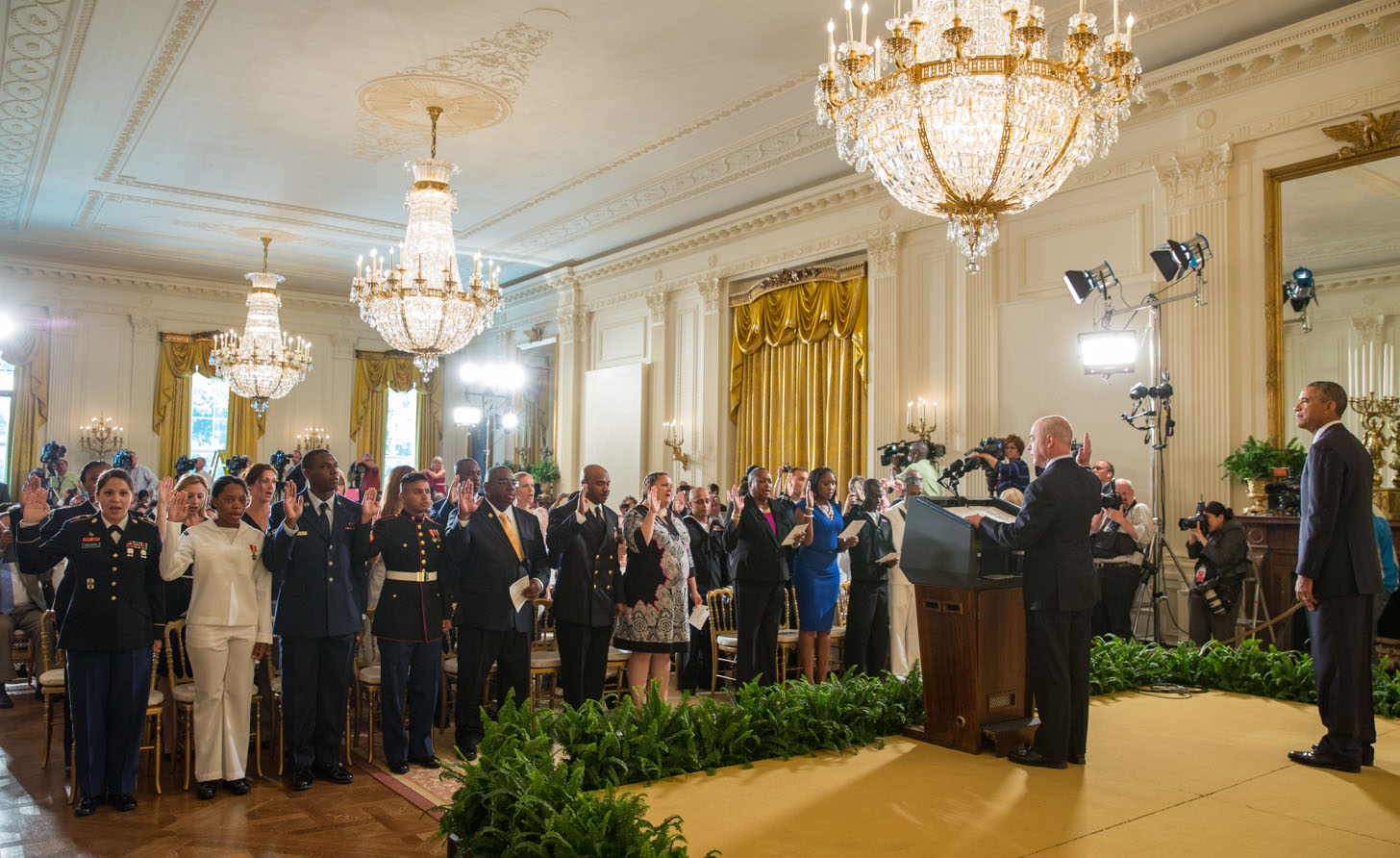 On this Veterans' Day, our country will honor and recognize the contributions that our service men and women have taken to ensure peace and freedom around the world. These service men and women have answered the call to duty and have contributed to making our Armed Forces the finest the world has ever seen. The success of our military, and indeed, our nation as a whole, is rooted in the courage, spirit and sacrifice demonstrated by generations of immigrants who have responded valiantly to the call to duty.

Our American journey, our success, would simply not be possible without the generations of immigrants who have come to our shores from all corners of the globe. They have tirelessly fought for American independence and defended our ideals, since our earliest days as a nation. Currently, we have more than 30,000 lawful permanent residents who are serving in our Armed Forces. This Administration recognizes the selfless commitment of many individuals who defend a country in which they are not yet citizens. On Veterans' Day -- and every day -- we thank all our veterans, including those who are immigrants, for protecting and strengthening a homeland they valiantly served, even before they were recognized on paper as being American citizens.

President Obama has continued to support immigrants serving in the Armed Forces through U.S. Citizenship and Immigration Services (USCIS) initiatives that streamline procedures and help qualified individuals navigate our complex immigration system. Since 2002, more than 102,000 men and women, including individuals serving in Iraq, Afghanistan, South Korea, Germany, Japan and elsewhere, have become citizens while wearing the uniform of the U.S. military. Additionally, more than 9,000 Afghans -- over 6,000 since last October -- who have worked for the United States in Afghanistan have benefited from the Special Immigrant Visa process. We have the highest respect for these men and women who take enormous risk in supporting our military and civilian personnel.

From now until November 14, USCIS will welcome more than 3,000 new U.S. citizens at nearly 40 naturalization ceremonies nationwide. Last week, at the National Museum of the Marine Corps, USCIS Director León Rodríguez administered the Oath of Allegiance and presented the candidates for naturalization at a ceremony for military members and their families whom we can now proudly call our fellow Americans. This event also commemorated the U.S. Marine Corps' 239th birthday and their importance to our nation.

Other highlights include ceremonies at:

In addition, the White House will meet with military service members, veterans, and their families who flew to DC this week to share their stories about ways they are directly impacted by our broken immigration system.  The effort known as "Veterans 4 Reform" was established to advocate for immigration reform from a military and veteran perspective.

At a Fourth of July naturalization ceremony held at the White House earlier this year, the President spoke to the rich tradition of service and sacrifice made by service men and women, and military spouses:

Each of you has traveled a long journey to this moment -- journeys that began in places like Jamaica and Germany, China and Guatemala. And yet somehow -- either because your parents brought you here as children, or because you made the choice yourselves as adults -- you ended up here, in America. And then many of you did something extraordinary:  You signed up to serve in the United States military.  You answered the call – to fight and potentially to give your life for a country that you didn’t fully belong to yet.  You understood what makes us American is not just circumstances of birth, or the names in our family tree.  It’s that timeless belief that from many we are one; that we are bound together by adherence to a set of beliefs and unalienable rights; that we have certain obligations to each other, to look after each other, and to serve one another.

Immigration revitalizes our nation and positions our nation to lead in the 21st century, including our Armed Forces. These are some of the many reasons the President still believes it is critical to pass commonsense, comprehensive immigration reform.

The Senate immigration reform bill (S. 744), would continue to strengthen border security, create a path to earned citizenship for undocumented immigrants, hold employers accountable, and modernize our legal immigration system so that it better meets the needs of families, employers, and workers. Key provisions of the legislation would have significant and lasting benefits for the Armed Forces. For example, DREAMERS would be provided an expedited path to citizenship under the legislation and would increase the military’s pool of eager and talented youth.

The President has vowed to fix as much of our immigration system as he can on his own, while we continue to urge Congress to work with us to pass legislative reform.

On this Veteran’s Day, we come together as a nation to honor our veterans -- including our immigrant veterans. We thank them once again for their service, dedication and sacrifice to our great nation.