President Obama Wraps Up Visit to China, Heads to Burma for Second Leg of His Trip

November 12, 2014 at 7:48 PM ET by David Hudson
Twitter Facebook Email
Summary:
While in China, President Obama attends APEC events and meets with Chinese President Xi, before heading to Burma for the second leg of his trip. 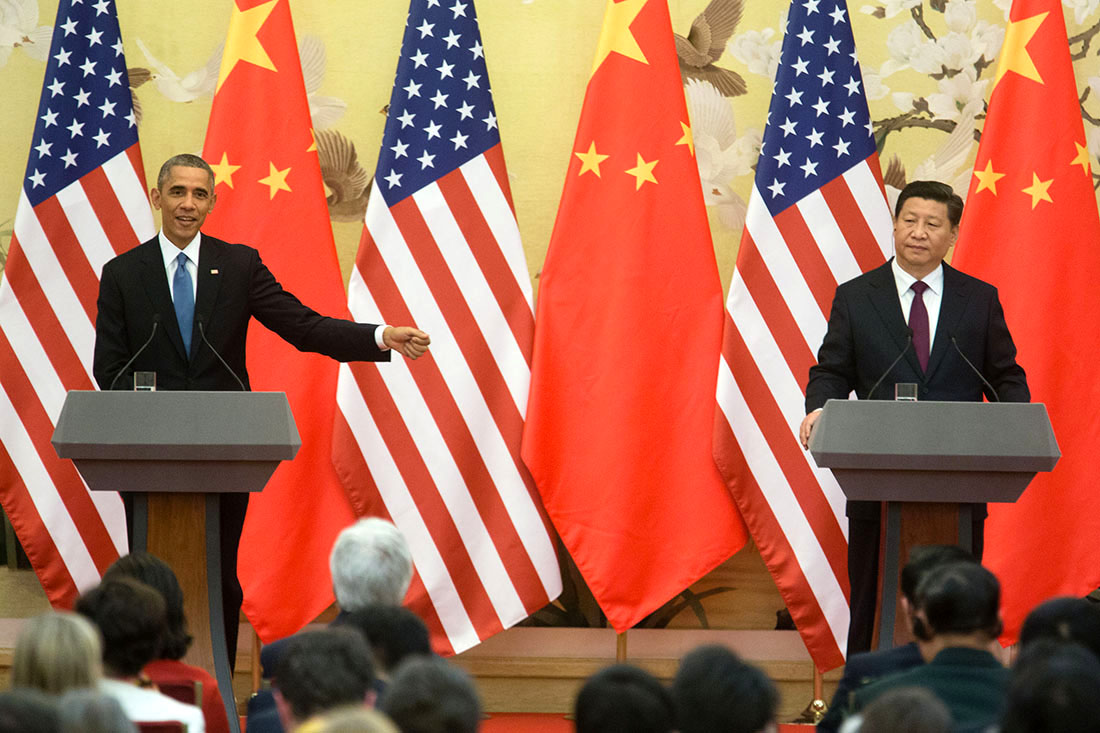 President Obama is traveling to China, Burma, and Australia this week, underscoring his commitment to our Asia rebalancing strategy, and his firm belief that our country's trade and investment ties to Asia play a critical role in our future economic growth and generating American jobs.

The President started off his Tuesday in Beijing, attending events for this year's Asia-Pacific Economic Cooperation (APEC) Leaders' Meeting. APEC -- a forum consisting of 21 member economies that works to promote trade, investment, and cooperation in the Asia-Pacific region.

In his remarks at the first APEC plenary session, President Obama called APEC "an extraordinarily important forum for generating ideas that boost regional and then global integration," and said that the forum "has helped to provide jobs and support growth in all of our economies."

Learn more about the APEC meeting here, and get more information about APEC efforts and commitments to:

Later in the afternoon, President Obama began his bilateral program with Chinese President Xi Jinping, starting with a walk and talk and a private dinner at Zhong Nan Hai, the imperial gardens near Tiananmen Square in Beijing. After the official State Arrival Welcome Ceremony at the Great Hall of the People on Wednesday morning, the two Presidents held additional bilateral meetings. 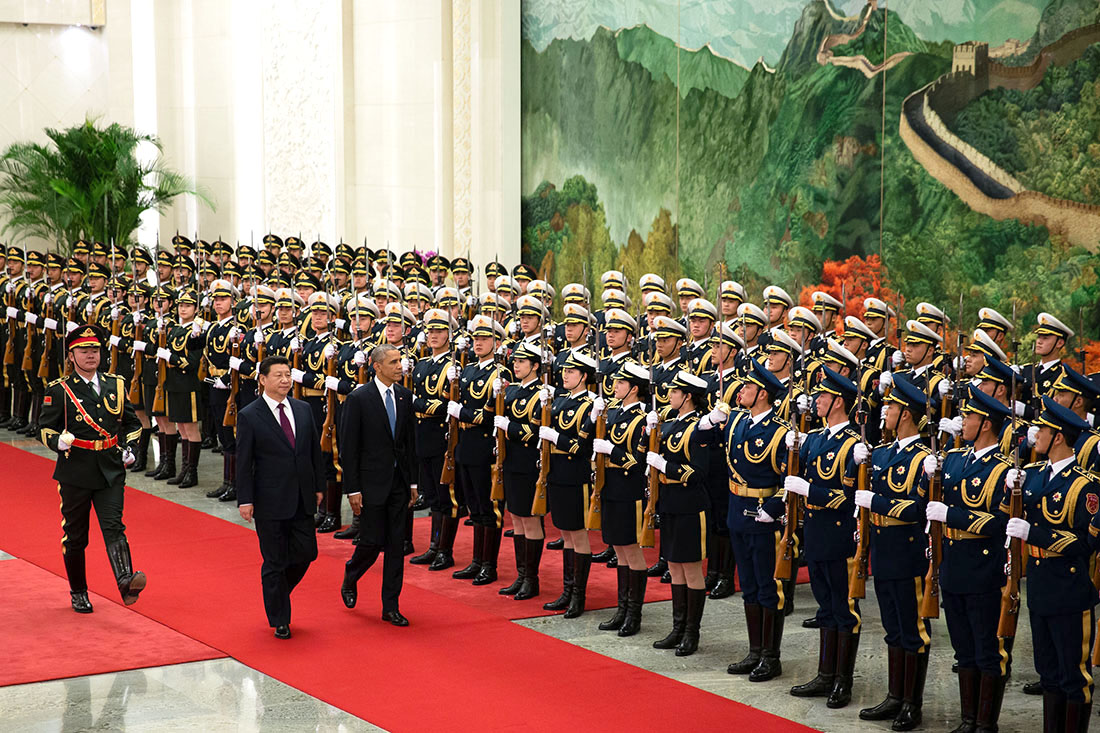 President Barack Obama and President Xi Jinping of China inspect the troops during the State Arrival Welcome Ceremony at the Great Hall of the People in Beijing, China, Nov. 12, 2014. (Official White House Photo by Chuck Kennedy) 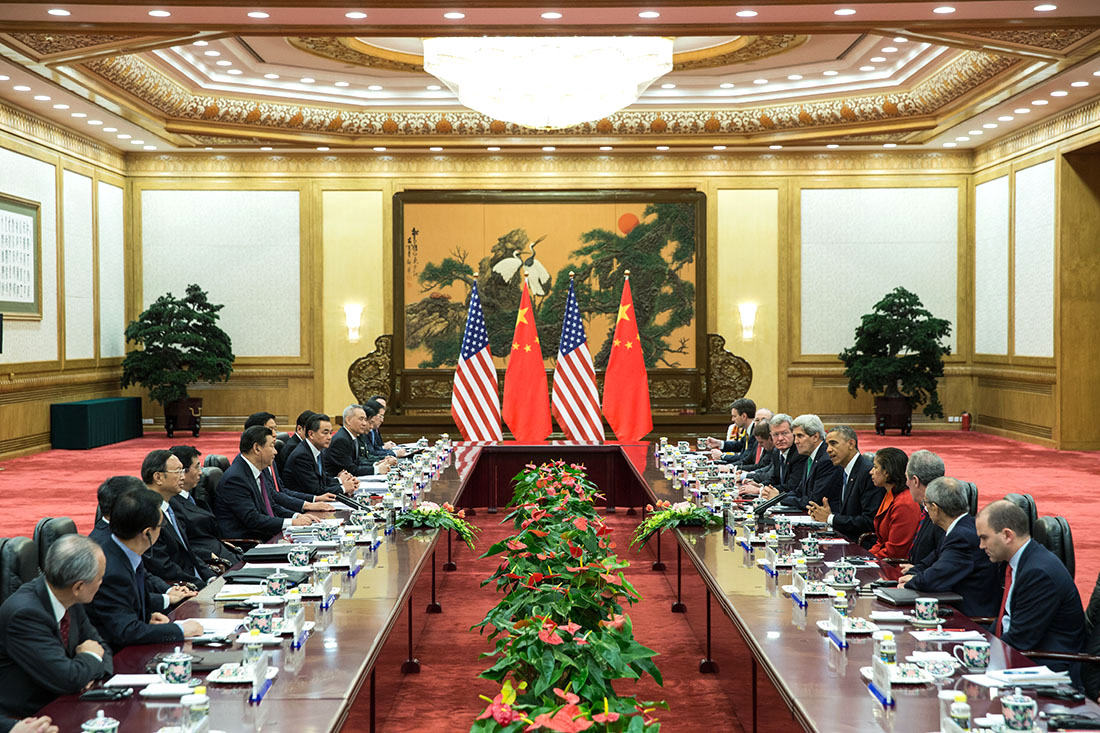 President Barack Obama and President Xi Jinping of China have a bilateral meeting at the Great Hall of the People in Beijing, China, Nov. 12, 2014. (Official White House Photo by Pete Souza)

In their remarks to the press, Presidents Obama and Xi outlined the various topics discussed in their meetings, and both Presidents affirmed their commitment to moving U.S.-China relations forward.

I believe that President Xi and I have a common understanding about how the relationship between our nations can move forward. We agree that we can expand our cooperation where our interests overlap or align. When we have disagreements, we will be candid and clear about our intentions, and we will work to narrow those differences where possible. Even as we compete and disagree in some areas, I believe we can continue to advance the security and prosperity of our people and people around the world. That’s my vision for how we can develop the relationship between our countries. That’s the vision that we’ve advanced during this visit, which has taken our bilateral, regional and global cooperation to a new level.  And I want to thank President Xi for his leadership in fostering that kind of atmosphere of cooperation.

Ladies and gentlemen, friends, China is ready to work with the United States to make efforts in a number of priority areas and putting into effect such principles as non-confrontation, non-conflict, mutual respect, and win-win cooperation. And with unwavering spirit and unremitting efforts, we will promote new progress in building a new type model of major-country relations between the two countries so as to bring greater benefits to our two peoples and two countries.

"This is a major milestone in the U.S.-China relationship, and it shows what’s possible when we work together on an urgent global challenge," President Obama said. "In addition, by making this announcement today, together, we hope to encourage all major economies to be ambitious -- all countries, developing and developed -- to work across some of the old divides so we can conclude a strong global climate agreement next year." 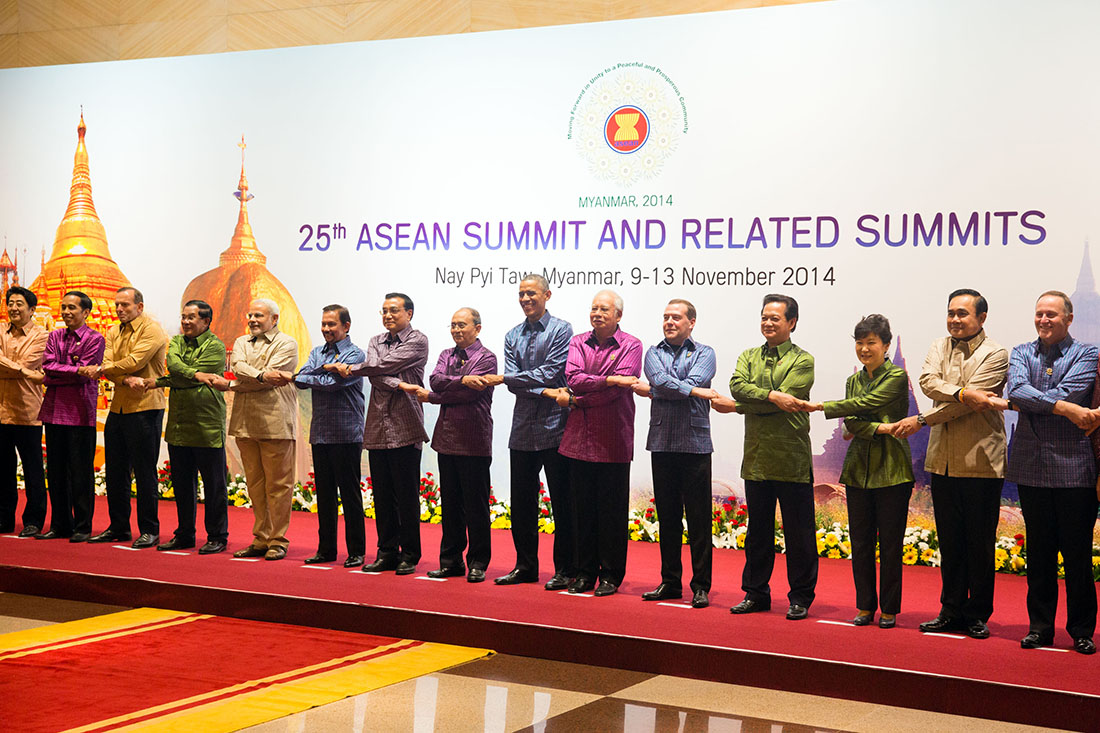 During the rest of his time in Burma, President Obama will also participate in a U.S.-ASEAN (Association of Southeast Asian Nations) session, a Young Southeast Asian Leaders Initiative town hall, and meet with other heads of state.