This Day in History: One Huge Leap for Digital Communications at the White House

December 6, 2014 at 9:00 AM ET by Kajal Singh
Twitter Facebook Email
Summary:
On December 6, 1923, President Calvin Coolidge took one small step for a President and one huge leap for digital communications at the White House.

On December 6, 1923, President Calvin Coolidge took one small step for a president and one huge leap for digital communications at the White House. On this day in history, President Coolidge became the first president to address the American people on broadcast radio.

What was the radio broadcast all about?

President Coolidge delivered a message about national priorities and the state of the nation to a joint session of Congress. Nowadays, that speech is known as the State of the Union address.

How many people were reached as a result of President Coolidge's newfound radio broadcasts?

Glad you asked. While there isn’t an exact number of how many people listened to President Coolidge’s first State of the Union address, the White House Historical Association estimates that his 1925 inaugural address reached more than 23 million radio listeners. In past administrations, reaching that many Americans was practically unheard of.

How has digital communication changed over time at the White House?

President Franklin D. Roosevelt (1933-1945): Speaking directly from the Diplomatic Room in the White House, Franklin D. Roosevelt used his "fireside chats" to speak to the American people about the issues they were facing during the Great Depression and World War II. As the story goes, Americans across the country would assemble in their living rooms with family and friends, particularly around the fireplace, and listen as the President spoke on the radio. Thanks to modern technology and preservation by the White House Historical Association, you can even listen to one of these "fireside chats" here. 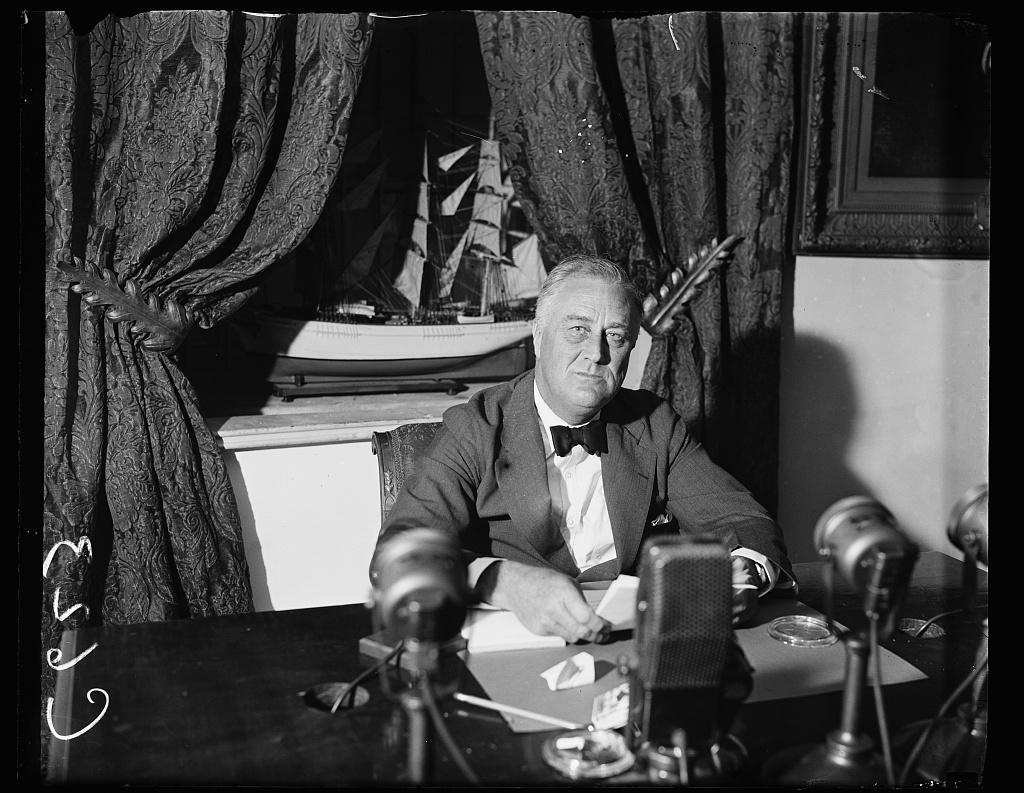 President Franklin D. Roosevelt prepares for his famous "fireside chats". Courtesy of the Library of Congress.

Television and the White House

President Harry S. Truman (1945-1953): Speaking about the world food crisis in 1947, President Truman became the first President to appear on television directly from the White House. At the time, his speech was only televised in New York and Philadelphia. Fast forward to just two years later and President Truman’s inauguration was televised to 10 million viewers.

140 Characters and Beyond: Social Media at the White House

President Barack Obama (2009-present): With the increasing presence of social and new digital media, President Obama has put a twist on President Franklin D. Roosevelt’s "fireside chats." Now, the President addresses the nation by video and publishes a Weekly Address every Saturday morning. Interestingly enough, President Obama also took part in a "fireside hangout" not too long ago. But this chat took place on Google+ and was a completely virtual interview.

So, how has our current Administration plugged into different forms of digital communication?

Here at the White House, we are constantly trying to tap into new and innovative ways to reach the American people. That’s why we’ve utilized new forms of social and digital media -- including online petitions, blogs, social media, and much more.

Take a look at just some of our Administration’s digital "firsts":

The First Family takes off for a three-country trip across Africa #MarineOne #ObamaInAfrica Follow @WhiteHouse for more!

A photo posted by The White House (@whitehouse) on

First We the People Petition Response: 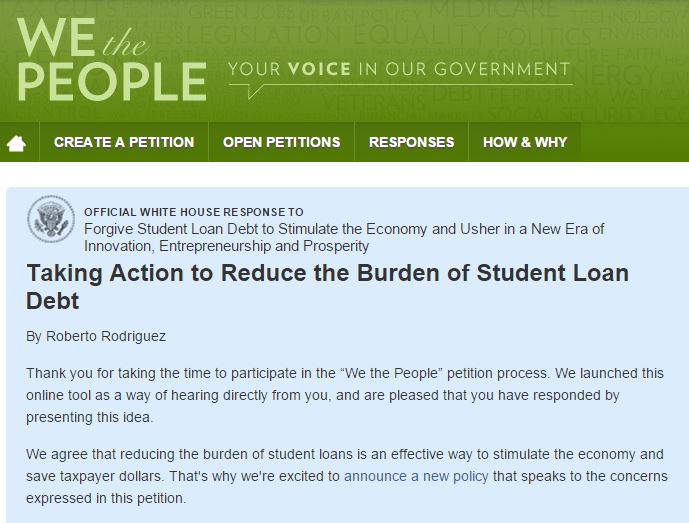 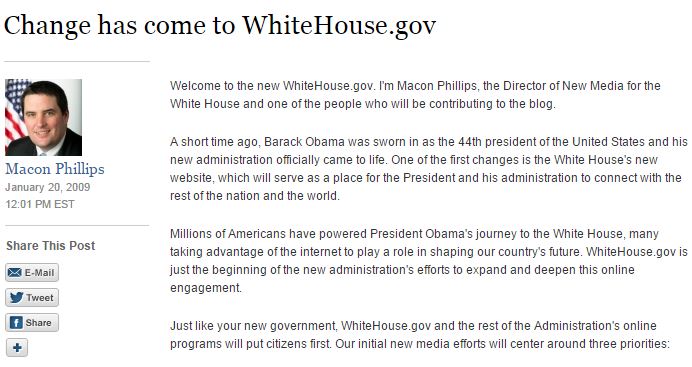 Information and photos in this post are courtesy of the United State House of Representatives: History, Art, and Archives, the White House Historical Association, the National Archives, and the Library of Congress.